I am a Camera at the Southwark Playhouse 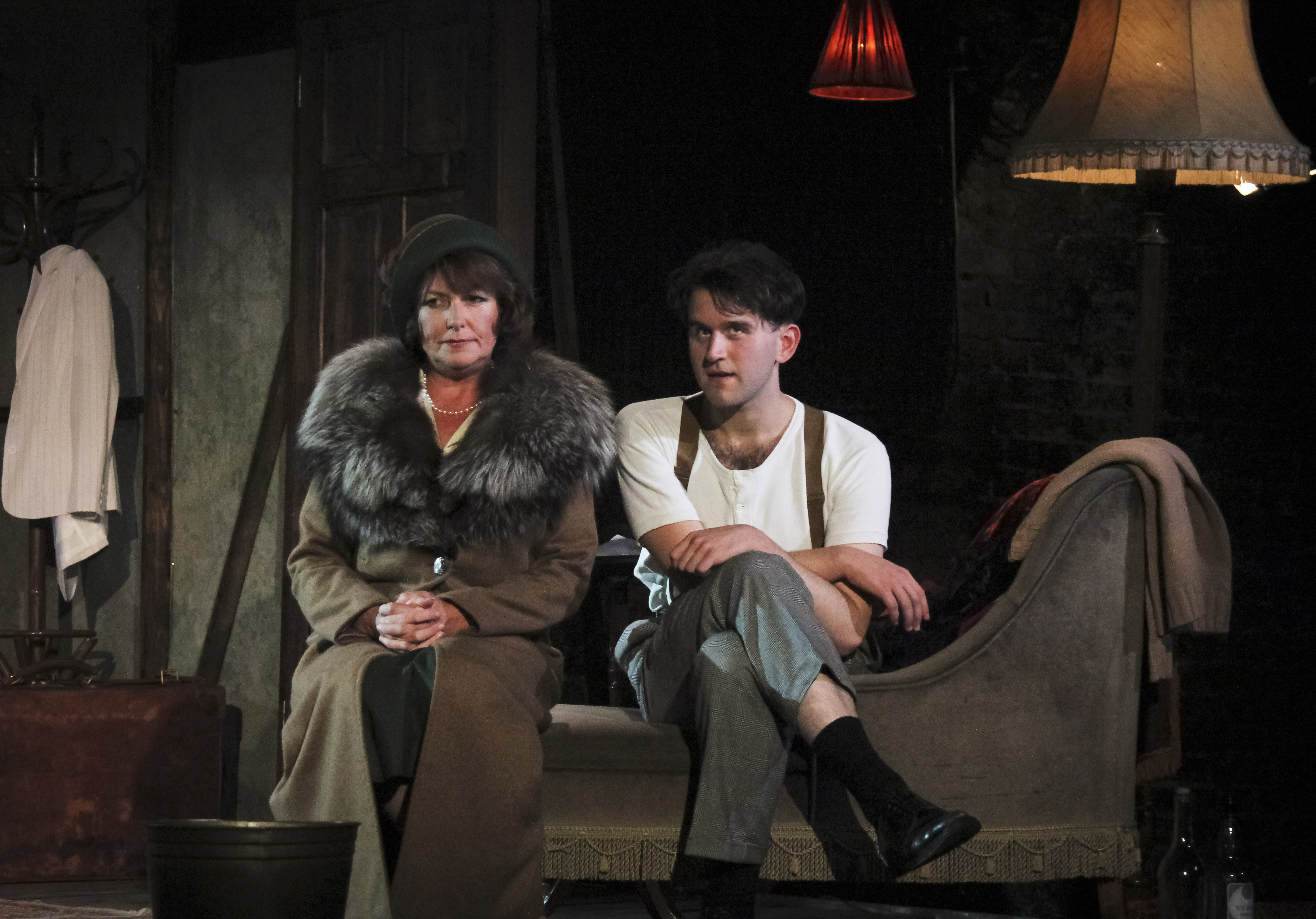 I am a Camera at the Southwark Playhouse | Theatre review

“I am a camera with its shutter open, quite passive, recording, not thinking.”

As Christopher Isherwood, portrayed by Harry Melling in a new production, he observed and recorded the dalliances of his tight-knit group of friends and acquaintances, hoping the sights would develop into literary inspiration. The resulting memoir Goodbye to Berlin published in 1939 was adapted by John Van Druten into the stage play I am a Camera, best known for later inspiring the musical Cabaret.

I am a Camera, now playing for a three-week run at the Southwark Playhouse, features a solid cast of seven, each succinctly portraying the hard life of post-war Berlin while epitomising the extravagance of 1930’s bohemia. The now infamous character of Sally Bowes – played well by Rebecca Humphries in this production – leads the way with alcohol-fuelled binges and high drama.

Melling’s lead performance perfectly encompasses the loquacious upper-class fop reputation of Isherwood with the raw anguish of a man in desperate circumstances.

Unrecognisable from his early turn as Dudley Dursley in the Harry Potter films, his performance on stage has huge range. Subtlety handling the nuances of Van Druten’s script, he shows he is well cast as he evolves from an indifferent and poverty-stricken creative to an appalled observer of the increasing persecution of Jews under the growing Nazi regime, becoming explosive in his disgust towards the end of the play. Covered in blood from the riots, he confronts his landlady over her naivety in believing Nazi propaganda, and her dismissive attitude towards him for protecting his Jewish pupil against the violence. Both parts are played exceptionally well by Joanne Howarth and Sophie Dickson respectively.

There is also live musical accompaniment, which perfectly complements the setting and tone of the play. Direction and original composition by pianist Angus MacRae, with further musicians on double bass and clarinet bring to mind a bluesy and illicit speak-easy atmosphere, serving as an effective undercurrent to the characters’ constant consumption of gin, champagne and Prairie Oysters. The stomach-churning recipe for Prairie Oysters (raw eggs and Worcestershire sauce) printed on the back of the programme is also a nice touch.

While the cast excel in this production, the Southwark playhouse is an unusual and quirky theatre. Still under renovation, the stage is under the arches of London Bridge station. Exposed brick work and dark corridors do bring an atmospheric quality to the production but the damp rooms and uncomfortable seating may be a problem for others – there is literally water dripping from the walls. But if the gritty surroundings appeal and you don’t mind compromising on comfort for a couple of hours, I certainly recommend this play for its wonderful cast, without exception.

I Am A Camera, by John Van Druten, is available to see at Southwark Playhouse from the 5th – 22nd September 2012.

For more information and upcoming shows at Southwark Playhouse, visit the website. 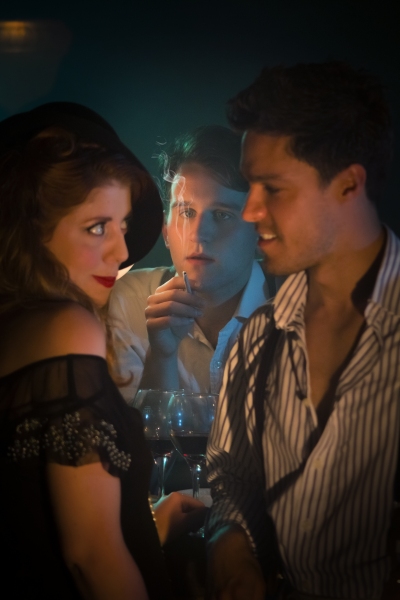 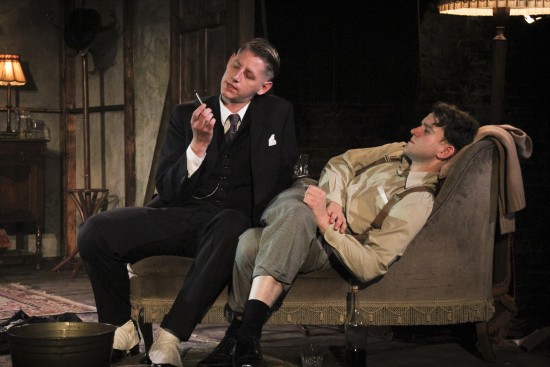 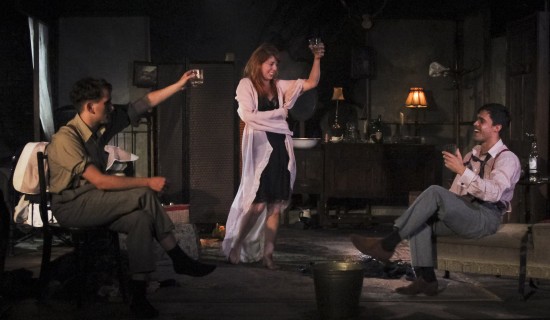 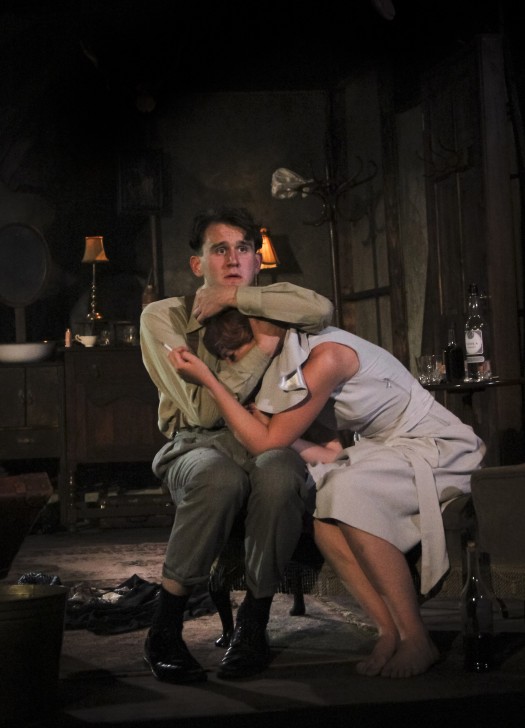 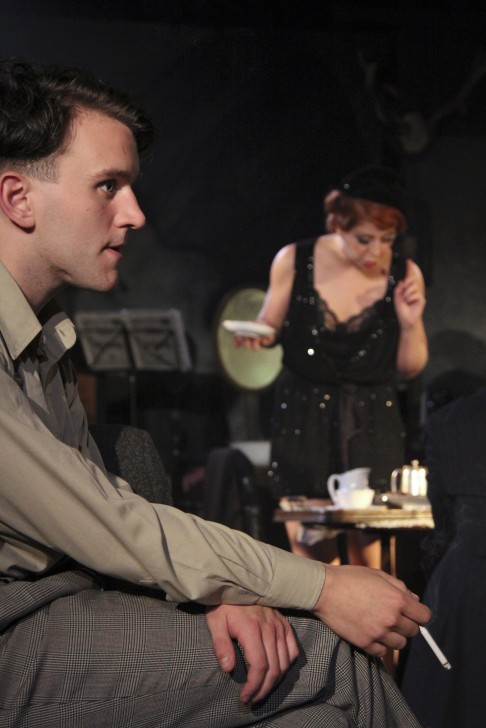 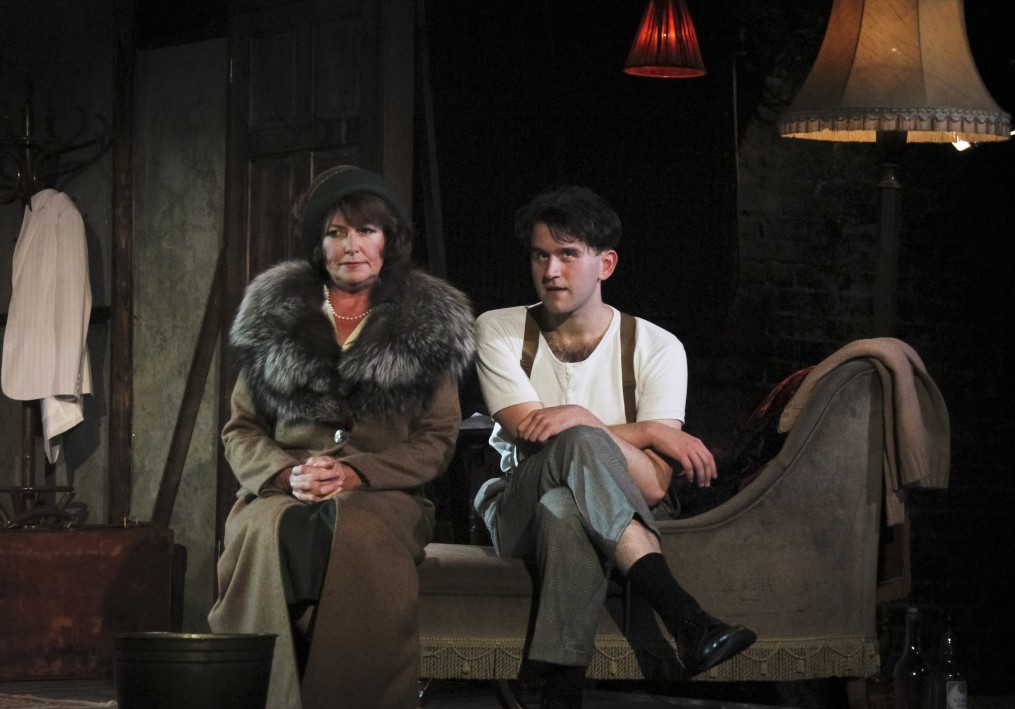