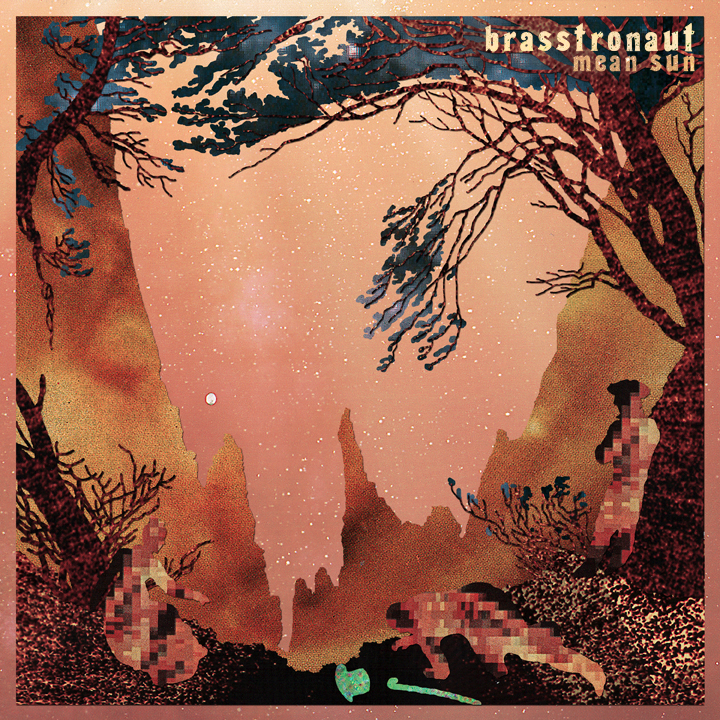 Yes, the band’s name does give it away. Brasstronaut are an alternative rock band that are, funnily enough, brass orientated. Drawing from a variety of influences – a lot of jazz infected rhythms, electronica and indie-rock vocals, this smooth sextet’s second album, due to be released in late October, is futuristic yet familiar at the same time. Their first album demonstrated their ability to keep jazz alive by throwing in saxophone fillers while keeping a guitar based sound overall. This fusion worked perfectly on Mt. Chimaera, but what about on their new record? Opening with Bounce we can see immediately that this is going to be a mellow record. With what sounds like unclear sitars playing from another dimension an uplifting bass is introduced along with subtle horns and a hopeful vocal from Edo Van Breemen. Sleepy but at the same time wakeful from the very beginning of the record, Brasstronaut create an altered state of consciousness for the listener. Not quite awake but not quite asleep. This is powerfully accomplished through the lead singer’s reverberated vocals and the diverse but ever so gentle instrumentation.

With Sci-Fi synths opening the title track, vocally it sounds cathartic like Radiohead. Musically it sounds a little like Sigur Ros but Brasstronaut are able to retain constant uniqueness throughout. The Groove has a slow start but then the vocals speed up showing that their lead singer is not a one trick pony. Hymn For Huxley is a placid folk guitar song that gradually expands to something more complex and impressive towards the end. Most of the tracks on the album do – crescendos and multi-instrumentation are used by the band to create a sense of well being and climatic accomplishment for the listener. The seven-minute closing track Mixtape features all the elements that allow this album to be so moving: a far away piano, sedative drumming, and gorgeous alien female vocals accompanied by a lovely guitar ostinato that will stick with you after listening to the record, then draw you back to listen again.