Bird perform at the Kazimier 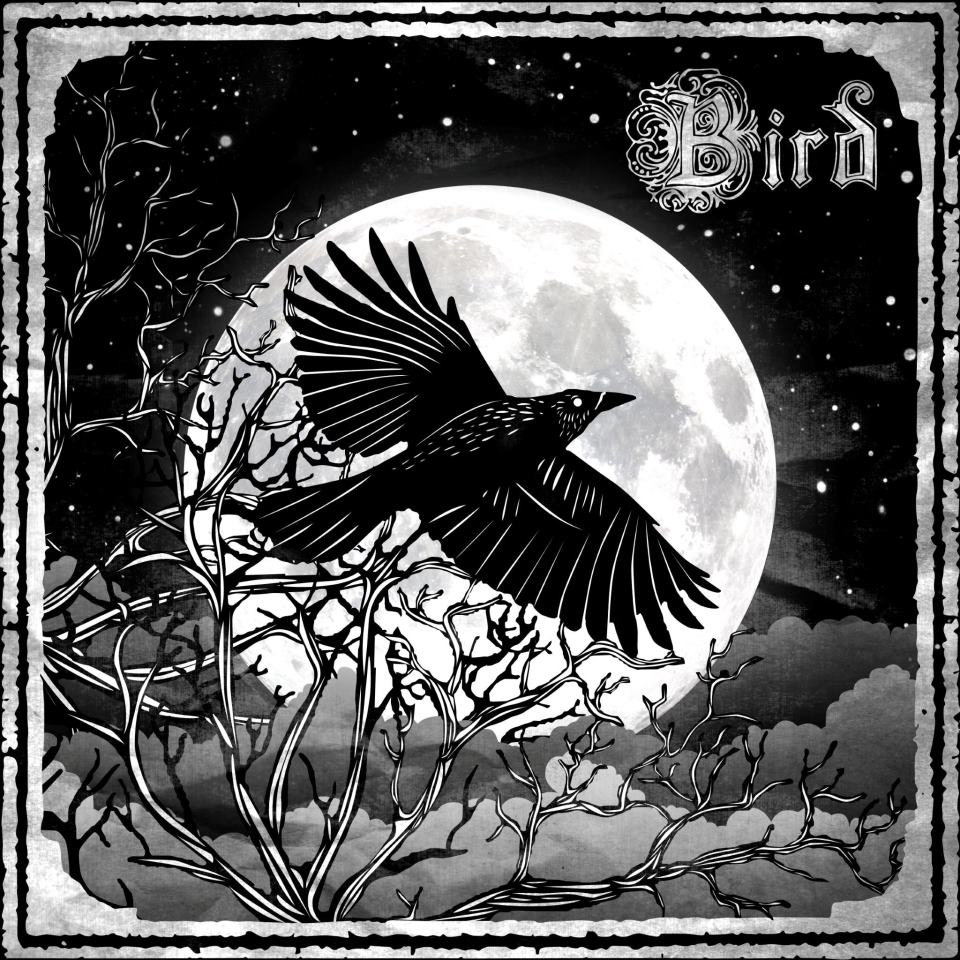 The Kazimier looks different as Bird play tracks from their new EP, Shadows. The stage is hemmed with twiggy branches stretching skeletal fingers to the ceiling. Old lamps with crooked shades glow from the back of the venue and two white birdcages hang ghostly in mid-air. We are here to see Liverpool band Bird launch their new EP, Shadows. It was released on August 27th, but Bird have delayed the launch by nearly a month. Whether it’s by chance or strategy, it works fully in Bird‘s favour. The time we’ve had to absorb the new music deepens our appreciation of what turns out to be a spectacular performance.

Bird have come a long way since the release of their debut EP, Phantoms, last year. They’ve trimmed their line-up from five to three, cemented their sound, and broadened their approach to create not just music but an entire aesthetic surrounding it. Where Phantoms left the slightly eclectic impression of a band still experimenting with sound and style, Shadows is its incisive opposite, a stylistically unified creation from a group that knows exactly what it wants. Lead singer Adele’s voice has matured beautifully, the soaring bell-tones registers central to Bird‘s distinctive sound. Sian’s husky alto adds richness and depth, while thinning the instrumentals has brought drummer Alexis to the fore, lending the music a new rhythmic urgency. Instead of the typical four-songs-and-a-remix approach employed in Phantoms, Shadows is presented in a loose narrative form, with an intro and outro sandwiching three distinct songs. By turns compelling, ghostly and unsettling, the EP weaves a dark, chilling soundscape. Lyrics evoke a place where all my darkest fears / hang from cobwebs in the trees: a place of crawling ivy and half-glimpsed horrors, ghostly ships and gothic monsters. Fade-ins and fade-outs obscure melodic passages in a sort of sonic mist, and vocal lines hang half-suspended above guitars and pulsing drums. The overall effect is uplifting yet sweetly sinister. As All We Are finish an excellent set and the clock hands crawl past 10:30pm the anticipation in the packed venue is palpable. Bird‘s signature mic stand adorned with creamy floral fairy lights is brought on-stage, and one by one the band assemble. They have reinforcements tonight: a violinist (his instrument decked in fairy lights) and two backing singers. The yellow and pink lighting is dimmed to leave the stage misty and dark. A slow, almost imperceptible drumming begins and crescendos to full volume, catching the singers up in its wake for a soaring rendition of Phantoms. The performance is instantly commanding and sets the tone for the entire set. The tonal possibilities of the three backing musicians are fully exploited, with new, meatier arrangements making a denser, textured sound. With repertoire drawn from both Phantoms and Shadows, hushed, ghostly vocals give way to soaring, searing numbers that hold the crowd’s complete attention.

Bird haven’t just been consolidating their sound over the past year. They’ve also drawn an entire aesthetic from the chill imaginings of their lyrics. From atmospheric photo-shoots to the flickering teaser trailer for Shadows (see below), Bird reference a world of imagery every bit as haunting as their music. They’ve created a complete concept, and it’s out in full force tonight: from the stage decorations to the flowing dresses and ivy garlands, from the lighting and projections to the swirling smoke, every aspect of the performance has been meticulously planned. It’s hard to believe we’re not listening to a band with a full album and a tour or two to their name.

Through a dense fog pierced with points of golden light, they finish with a cover of Bella Lugosi Is Dead, the two female voices grating yet perfectly matched. It’s typically spine tingling and the crowd wants more.