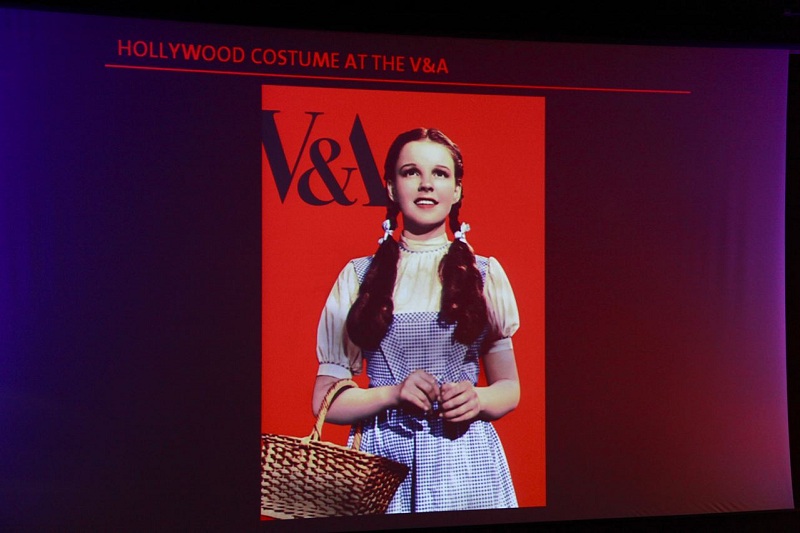 Over a century of unforgotten celluloid, crystallised dreams and ever so vivid memories: this is what awaits you behind the Victoria & Albert Museum’s doors from 20th October to 27th January, bringing to real life what we’ve always only seen on the screen so far. 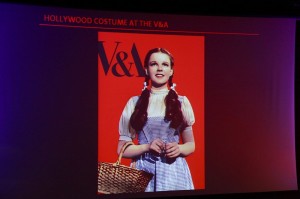 More than 100 historic Hollywood costumes, ranging from Scarlett O’Hara’s iconic green velvety dress and the world’s most famous red slippers of Dorothy Gale, to Audrey Hepburn’s Givenchy black gown and Kate Winslet’s Titanic striped suit, are displayed all together for the first time under the same roof. The museum’s assistant curator, Keith Lodwick, and his team spent five years worldwide, hunting the memorable clothes in each and every museum, studio or private collection.

The exhibition is divided into three galleries: Deconstruction, Dialogue and Finale. It is meant to clarify the costume designing process in terms of transporting a character from script to screen, highlighting all the consequent difficulties due to social and technological changes over the years. Therefore, the galleries respectively show the process of designing a character, the fundamental relationship between the costume designer and the creative team and, ultimately, the actual breath-taking display of all the most worshipped clothes in Hollywood history.

It is a once in a life-time experience for all cinema lovers and Hollywood aficionados, who will really revel in a joyous bittersweet sentimentality at the chance to see reunited Gale’s ruby slippers and her blue gingham dress, for the first time since filming, donated to the museum on a four week loan from the National Museum of American History. (The original ruby slippers will be on display until 18th November, before being substituted with a replica by Western Costume Co. for the rest of the exhibition.)

Hollywood Costume is a real must-see journey through, not only Hollywood history, but also the society itself, perfectly mirrored in all its changes by the clothes that, in the most influential way, helped shape it the way it is nowadays.

For all the information about Hollywood Costume exhibition visit the V&A Museum website.

Watch a preview of the exhibition here: