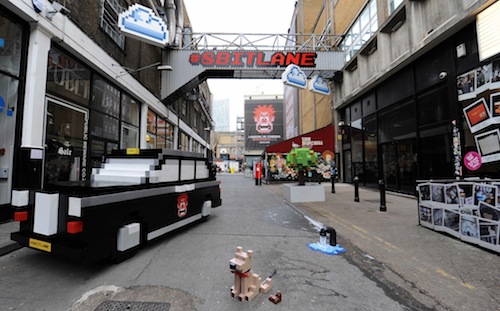 Head to East London this weekend and you’re in for an arcade inspired treat.  Disney has transformed one iconic street into an 80s video game. 8 Bit Lane in London’s Brick Lane has been created to celebrate the release of Disney’s Wreck-it Ralph, a hilarious new arcade-game-hopping animated adventure in UK cinemas from 8th February. 8 Bit Lane will also showcase the world’s first Blipp-able building using Blippar’s visual discovery app. When Wreck-It Ralph fans Blipp The Nicelanders house on the wall, the house will emerge in 3D and they will be invited to play a game featuring Ralph himself.

“My whole life has become somewhat pixelated over the last month, I played 8 bit games as a teenager, so it was great to realise that vision in three dimensions,” says Aden, “in many ways the retro styling has much more charm than the hyper reality of today, I’ve never been asked to make an 8 Bit taxi before!”

Wreck-It Ralph takes moviegoers on a hilarious, arcade-game-hopping journey in which Ralph (voice of John C. Reilly) – tired of being overshadowed by Fix-It Felix, Jr (voice of Jack McBrayer), the “good guy” star of their game – sets off on a quest to prove he’s got what it takes to be a hero. Wreck-It Ralph features cameos from both classic and modern real-life games. Lending their voices, among others, are Roger Craig Smith (Ezio from franchise Assassin’s Creed) as Sonic the Hedgehog, and from Street Fighter – Reuben Langdon as Ken, Kyle Hebert as Ryu, and Gerald Rivers as M. Bison. 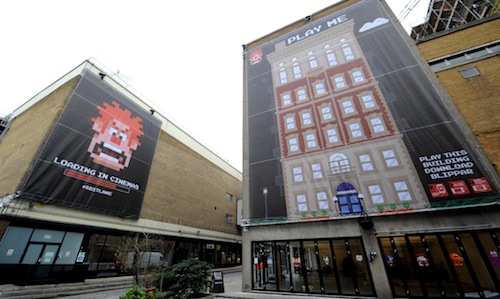 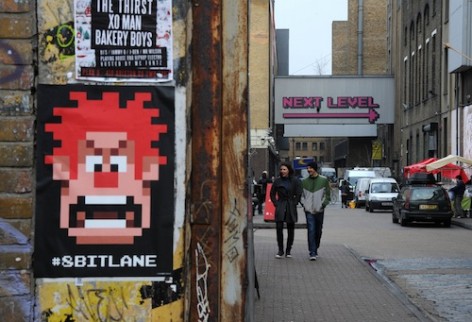 Django Unchained premieres in London after five Oscar nominations: Tarantino and the cast answered our questions
The Way You Tell Them at Camden People’s Theatre | Theatre review