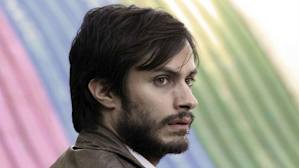 Chile had already been in a dictatorship for 15 years by the late 80s. Pressured by major investors in the United States, and for international credibility, General Pinochet’s government organised a referendum deciding whether Pinochet would have eight more years or not. This is the story of the campaign for NO.

Renée (Gael Garcia Bernal) works in advertising, producing cheesy, successful mainstream campaigns. When he is approached by a leader of the opposition to help with the NO TV campaign, he becomes drawn in to subterfuge in order to film while avoiding the dangers of the regime. The campaigns, the government Yes, and the opposition NO are given 15 minutes each night for a month to broadcast their message on national TV.

The film makes it totally understandable why oppressed people might vote to continue their oppression, despite thousands of political executions, disappearances and the ever present danger of police violence – when the government has total power and control the media, all opposition is shown as terrorism, and so people become even more afraid of change, fearing that it will be even worse. 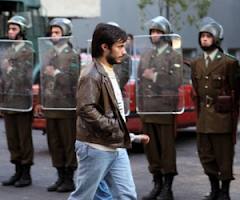 Renée’s advertising instincts kick in, and he urges the NO campaign to ditch endless dreary footage of the horrors of the regime, which just plays in to generating more fear, and instead to present change and democracy as something attractive and happy, like a brand they are selling. Despite everything the government throws at the NO campaign, dirty tricks and very real threats, Renée convinces them stick to the plan, and answer everything with more humour, happiness and hope, even while his boss is working on the “yes” side.

This is exactly the type of film created for film festivals – foreign, subtitled and totally brilliant. If the film distribution business was really a meritocracy such films would be more widely seen, and so grab a ticket while you can. Funny, intelligent and alarming, the best thing about NO is that it is based upon truth.

Watch the trailer for NO here: