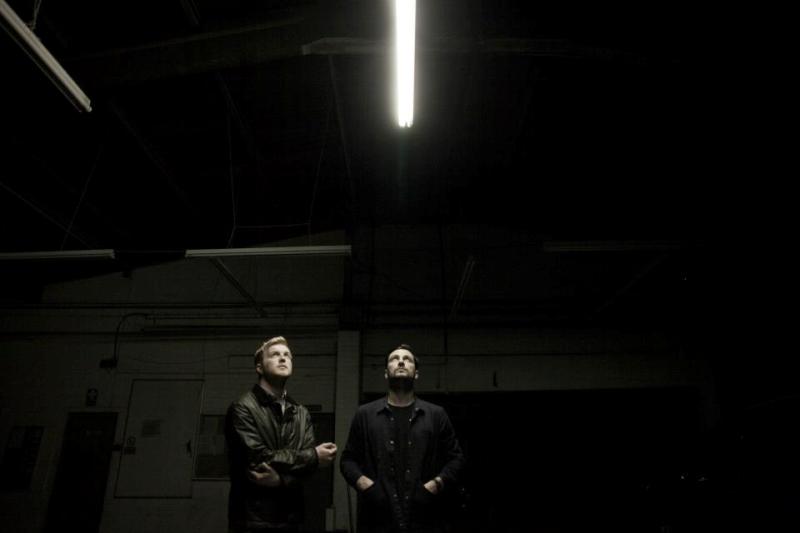 Formed in London in 2011, Figures is a collaboration between two talented electronic musicians, Jamie Blanco and James Delay. The duo utilize the best analogue musical gadgetry money can buy to conjure their surprisingly crispy and wholesome sound. Each of them puts the machines to great use, pushing them to and beyond their aural limit, in the studio as well as on the stage in front of an attentive crowd, like this one. Blanco and Delay were performing as the support act for James Yuill at Bethnal Green’s Sebright Arms last night. Their set was a perfect warm-up to the more vocal-infused folktronica music of James Yuill, but Figures held their own and could easily have handled the place on their own if they were to headline it.

The duet’s music has an audio soundscape, “wall of sound” quality to it – the kind of rich, full sound that you dream of listening to and dream listening to. Using a mainly analogue set up brings up the skill factor and the “realism” of the music, making the sound a joy to listen to and imbuing it with a feeling that contrasts with a more digital approach. The rumbling resonance of the beats in the sparser tracks filled the small area of the Sebright Arms’ basement venue to breaking point. The rhythm became trance-like and the building tension almost hurt as it reached the peak of the song – but in a good way.

The audience at Sebright Arms was already spoiled by Figures before Yuill came onstage. As an act in their own right, Figures take analogue electronic house music to the next level and create an impressive sound. Look out for these guys, live, remixing and recorded.

For further information about Figures and future events visit here.