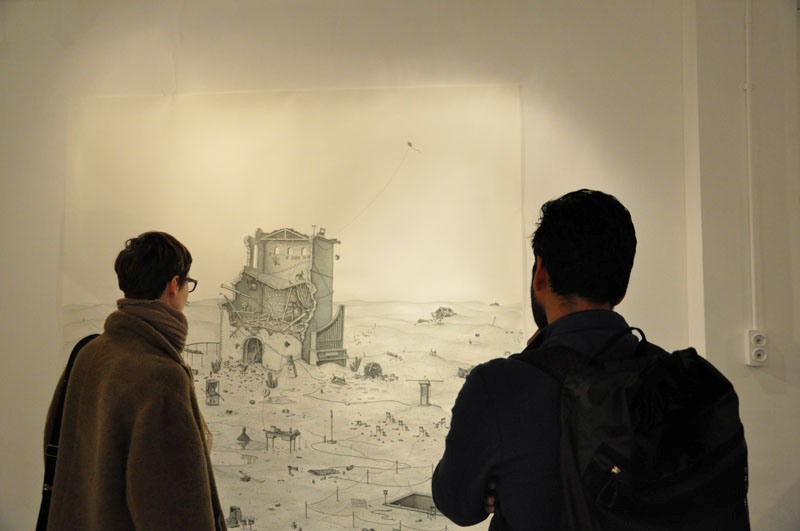 This month WW Gallery plays host to an exciting new multi-artist exhibition, PLURAL, guest curated by BREESE LITTLE. The show takes six iconic photographs from the NASA moon missions of 1969-72, the series a cultural signifier providing the context for each artist’s own divergent model of human aspiration. The space programme of the 60s and early 70s reflected the general optimism of Western society at the time, and provided arguably the biggest media spectacle of the 20th Century. The Western scientific tradition, at its zenith in the Apollo programme, is enshrined with a notion of continual progress. PLURAL seems to be directly at odds with this idea, reflecting a society in decline.

Joe Biel’s expansive pencil drawing Compound depicts a surreal, moon-like, abandoned landscape, with anachronistic items strewn about haphazardly. It’s a picture of decay: a decrepit building dominates the foreground, while a cityscape of skyscrapers lurks out of reach on the horizon. A kite floats above the debris, offering false hope, and perhaps suggesting a loss of the child-like innocence epitomised by the NASA missions.

Sam Zealey’s Captured Wind is an installation which places an ostrich feather in a bell jar. It is suspended almost impossibly in mid-air, completely still despite a furious fan spinning just beneath it, seemingly defying nature, much like space travel itself.

Suki Chan’s video installation, Sleep Walk Sleep Talk presents London as an organism through the artful use of time-lapse recording. Suki’s London seems a joyless place of drudgery, dominated by cold, concrete monoliths; the stillness of the buildings contrasts with the hive-like activity of the city. A security guard cuts a lone figure, silently watchful. A feeling of alienation pervades despite the constant surveillance of urban life.

The curators make clever use of WW’s small but quirky space, with a central corridor containing the NASA images, flanked with rooms exhibiting the work. Whilst PLURAL presents a bleak picture of human aspiration, the experience was anything but.

PLURAL is on at WW Gallery until 23rd March 2013, for further information visit here. 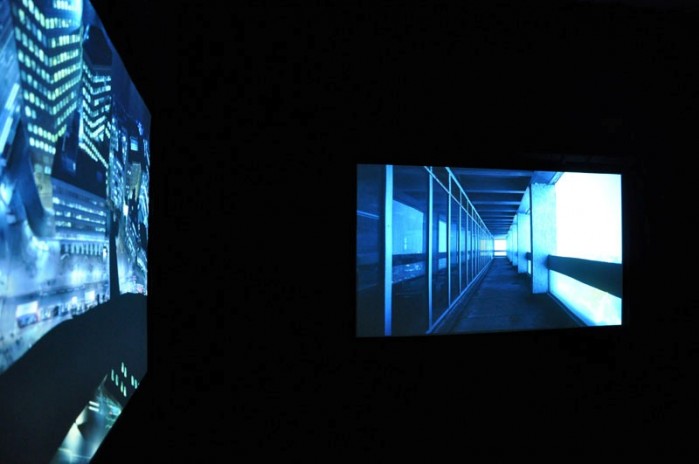 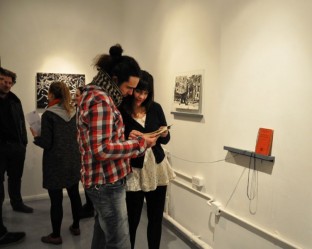 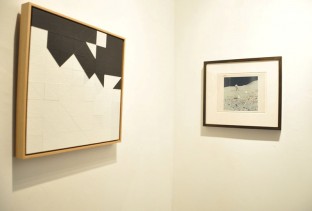 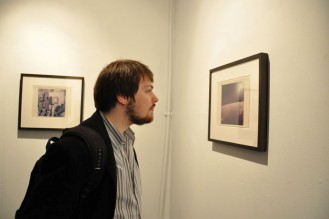 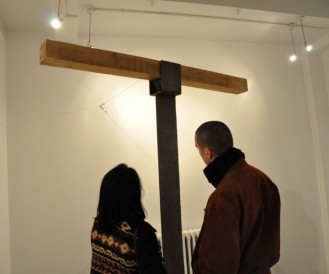 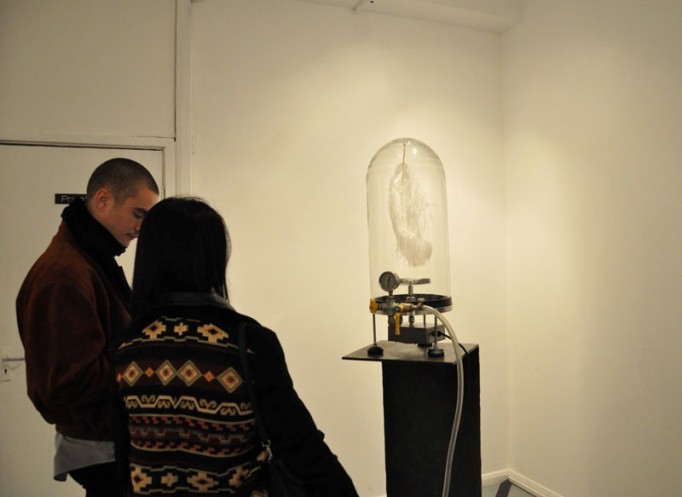 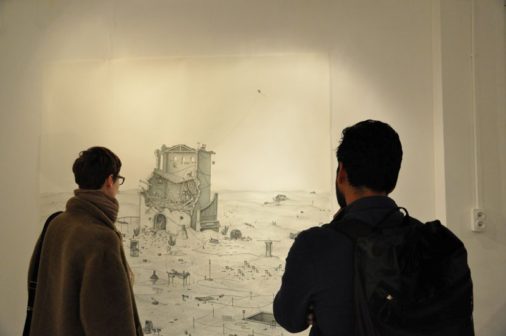 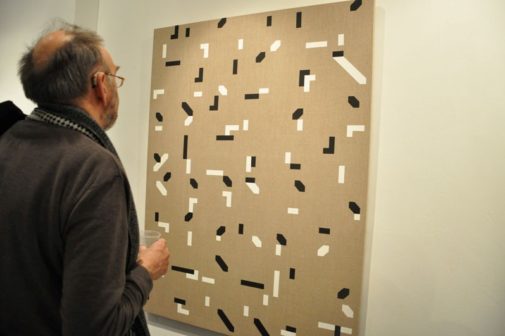 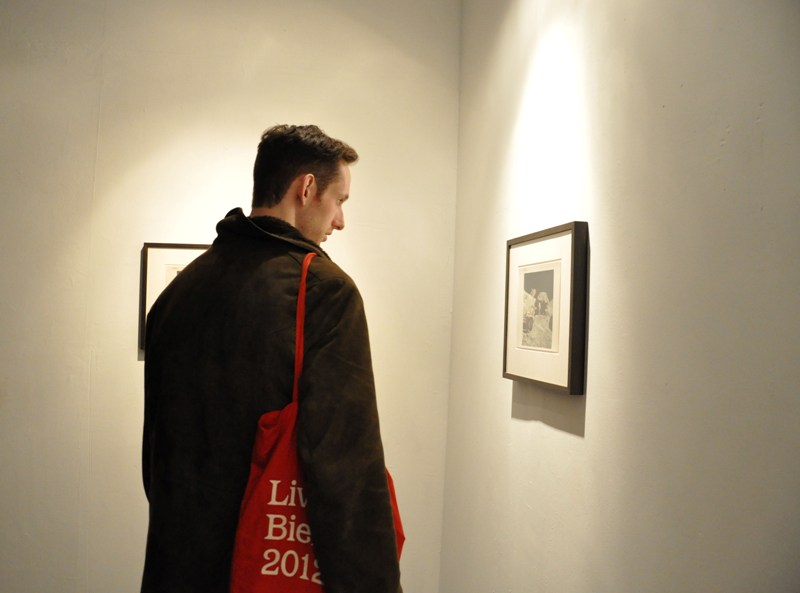