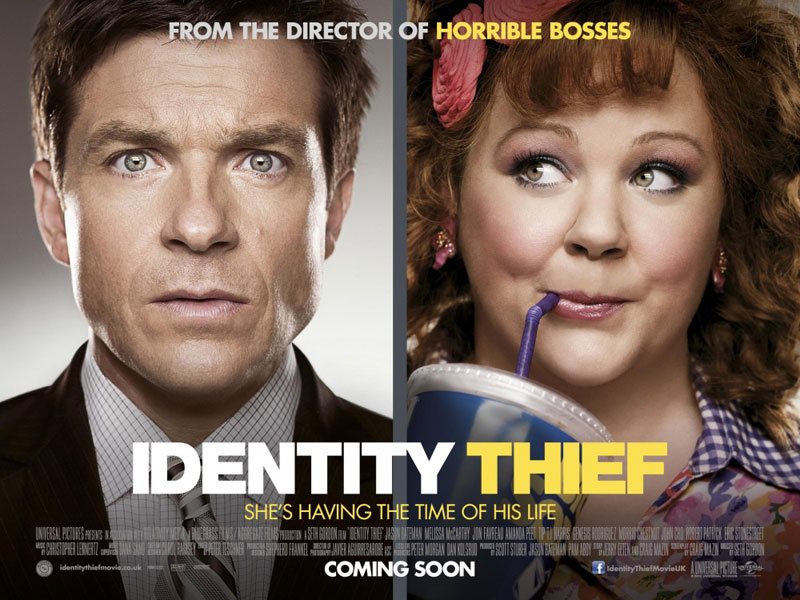 Once asked about his role in Steven Seagal’s graceless On Deadly Ground,  Michael Caine replied “for most actors there will be a moment or two in their career when they find themselves in the middle of something bloody awful, but they just have to get on with it and finish the job”. As the shambles that is Identity Thief stumbles apologetically from one scene to another, desperately trying to drag itself to the finish line on the back of it’s one feeble idea, I couldn’t help but remember Caine’s words. Did the two leads – Jason Bateman and Melissa McCarthy – have a moment like that during making of this film? Did they give each other that look? Bateman definitely acts like he might have: at times it is difficult to tell whether it’s his character that is disgruntled, or him.

At least McCarthy can hide behind some slapstick and the odd funny dance as Bateman’s character drives her from Florida to Seattle. McCarthy plays Sandy, a fraudster who has stolen Bateman’s character’s identity. Worried he will lose his new job, Bateman wants to hand her in to the police, believing they’re too incompetent to catch her themselves. There is of course the idyllic family he needs to support, but enough isn’t done to allow the audience to really care about them.

The drive to Seattle is littered with attempts by the director to set up crazy and/or gross-out situations, in a similar vain to “anything could happen” films like The Hangover and even its inferior sequel. The problem is nothing really outrageous or genuinely funny happens. Even the obligatory car chase is dull, and the so-called villains can only be described as dithering.

Just when you think it can’t get any worse, the emotion card is played at the end. Easily missable.

Identity Thief is released in UK cinemas on 22nd March 2013.