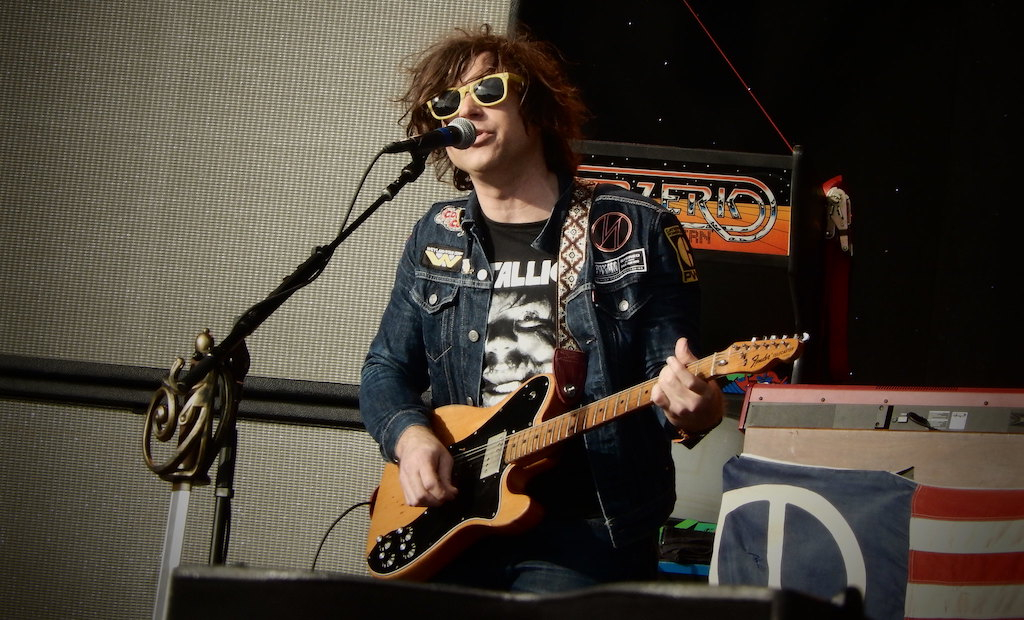 The Teenage Cancer Trust helps improve the lives of adolescents suffering with cancer. A series of events takes place every year in order to raise awareness and funds to keep the charity’s precious work going, and last night Beth Orton and Ryan Adams were onstage at the Royal Albert Hall to kick off the 2013 season.

Folk singer, Orton began the night, delighting the audience with ten gems from her repertoire, which she performed beautifully, showcasing her talent as a gifted and humble musician. Notable was Poison Tree, a poem by William Blake that Orton turned into a delicate song for her latest record Sugaring Season.

After a brief interval the night continued with the broadcasting of a short film in which a remissive patient told her story and how the Trust had contributed in her fight against the disease. The young woman later came on stage, accompanied by Noel Gallagher – organiser of this year’s event – to give an emotional speech and invite everyone to donate.

Finally, it was Ryan Adams’ turn. Yesterday marked his first gig in four years in the UK with a whole band, and it proved to be a success. The country-rock musician enthralled the audience, not only smoothly executing his tracks as if he wasn’t having technical issues, but also proving himself to be a comprehensive artist. The singer-songwriter was in fact also an excellent entertainer, interacting with the audience between songs and buying time to make up for the aforementioned difficulties which unfortunately kept surfacing. Adams took easy control and advantage of the situation, with sardonic jokes eliciting riotous laughs – most memorably when he mistakenly heard the words “loaf of bread” from a heckler, and improvised a song around them.

The artist played accompanied by his band and also solo, focusing mostly old hits like Let It Ride, “the only up-tempo song he ever wrote”, Please Do Not Let Me Go and English Girls Approximately, while also airing some new tracks such as In the Shadows.

The audience gave an enthusiastic standing ovation at the end, welcoming Adams back for good.

For further information about The Teenage Cancer Trust and future events visit here.