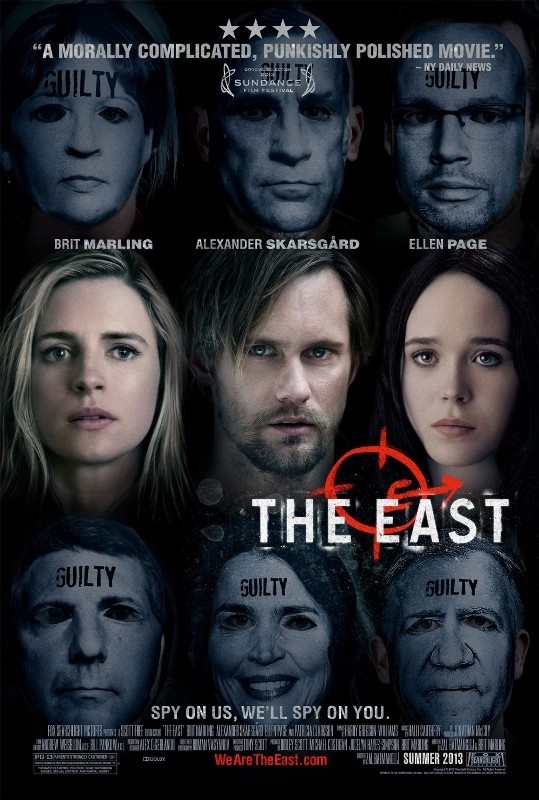 Perfectly cast, Zal Batmanglij’s The East delivers convincing performances along with nail-biting suspense that captures the human interest behind an anarchic terrorism group in this American thriller. When an intelligence operative infiltrates a cell focused on seeking retribution from corporations that have wronged the public, Sarah’s (Brit Marling) moral compass comes into question as she learns more about the people behind the cause and the ideals that they’re fighting for.

Marling is subtle in her performance, which allows you to truly believe her character.  Unlike many protagonists in a role such as this, she is not creating a heroine to be idolised but is depicting a real woman going through the process of creating another persona and struggling when the line between reality and artifice becomes blurred.

The supporting cast includes Alexander Skarsgård, Ellen Page and Patricia Clarkson – a trio of well-known stars each bringing a distinctive element of realism to their character to sufficiently sell you on a plot that can be somewhat overreaching at times.

“It shouldn’t be so easy to get away with murder…” Page (Izzy) commands your attention with her haunting narration of internet clips spliced throughout the film, explaining why The East is in operation.  Dubbed over visuals of wildlife drenched in oil, toxic waste pouring into creeks and photos of the men and women accountable for this destruction, you can hear the disdain in her voice, and it’s chilling.

Skarsgård (Benji) is telling in his appearance, as he becomes more and more unhinged as his plans begin to unravel.  His face becomes slimmer, his eyes sunken and he seems vulnerable for the first time when he is no longer able to keep control of his once strong cohort.

Written from Sarah’s point of view, the audience follows her thought process and it’s as if you are also taking on the role of secret agent.  The soundtrack is successful in keeping the dramatic tone throughout the picture, from the loud intrusive beeping that goes off in her head as she is being drugged to the melodic piano piece that plays as the radicals prepare for another attack.

The simple and even sometimes ordinary landscapes and cinematography are thoughtfully incorporated to appear mundane, becoming strategic in creating that much more anxiety at the height of the climax.

A perceptive thriller, The East will keep your attention from start to finish.

The East is released nationwide on 28th June 2013. 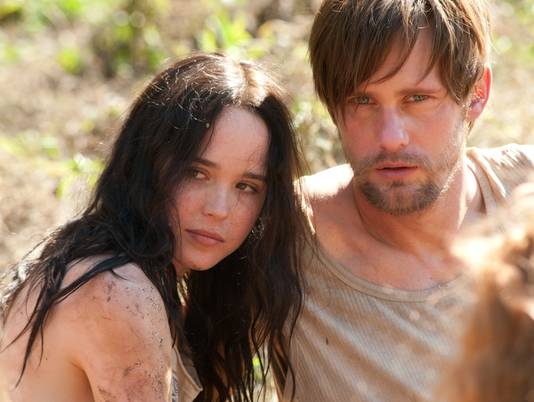 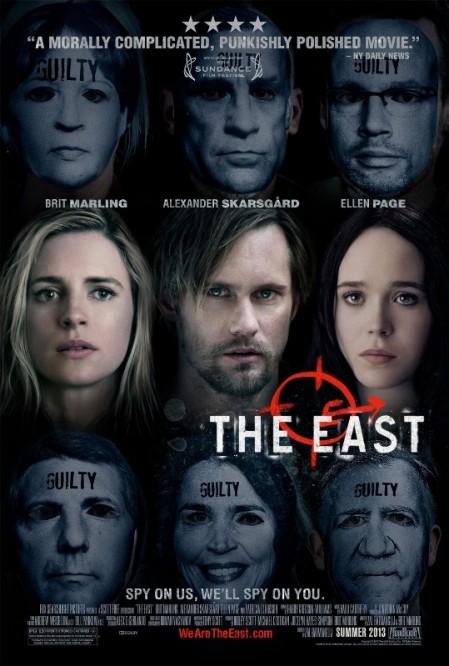 Watch the trailer for The East here: