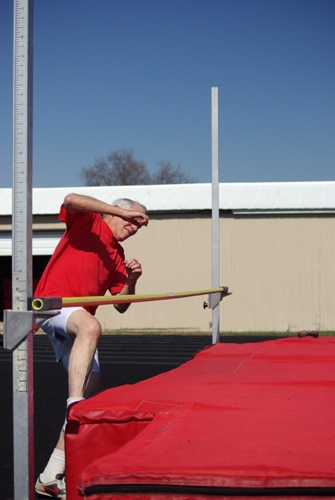 We’re getting older and older as a population and it’s not often that this is presented in a positive light. However, this earnest and amusing feature-length documentary from Andrew Napier does just that. Following Mary Stroebe, a 90-year-old triathlete, and Bill Wambach, an 83-year-old high jumper, the story conveys an invigorating message: it is never too late (or too early, as Andrew Napier began filming Mary and Bill aged 16) to do what you want to do, to be inspired and to inspire others. 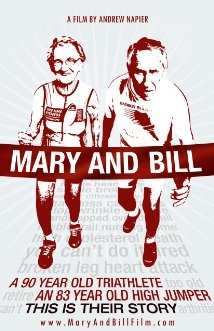 Napier captures Mary and Bill over a period of four years meaning they are entirely comfortable in front of his camera and show real personality. We are introduced to these ancient athletes and their supportive families – spouses, children and grandchildren – as they go about their day-to-day lives. This centres on their strict training regimes: Mary works out in the gym pumping weights and being stretched by her personal trainer before flexing her biceps proudly. Bill opts for empty milk bottles filled up again with water to form homemade weights and practices his old school high jump/controlled nosedive technique. “He’s a good jumper” one of Bill’s many grandchildren proudly crows.

Then accident, health issues and general old age put a spanner in the works. Mary breaks her leg whilst skiing and Bill suffers a heart attack having been a heavy smoker back in the day. The rest of the documentary follows their amazing efforts to get back into physical shape and compete in their respective events. Mary aims to complete the Life Time Fitness Triathlon and Bill wants to win the National Senior Olympics.

Witty and sweet moments drive Mary and Bill. Mary spends some of her free time delivering Meals on Wheels for people who don’t get out much – “they’re usually at least 60 years old” she comments, being near 90 herself. While Bill’s grandson asserts that “[Bill] doesn’t think there’s an age when you can stop being healthy” and then they celebrate his achievements with a “Maccy D’s”.

It’s all about the people and their stories. Napier beautifully cuts the documentary to enhance how the older generation can still be exciting role models and he is certainly a talent to watch out for himself with a recent Oscar win. Mary and Bill is so incredibly uplifting you’ll need to be peeled off the ceiling after watching it.

For further information about Mary and Bill visit here. 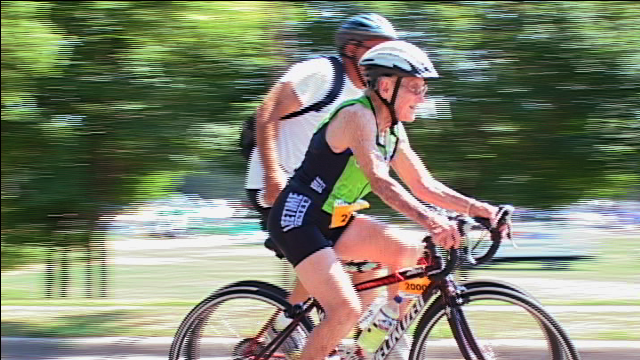 Watch the trailer for Mary and Bill here: