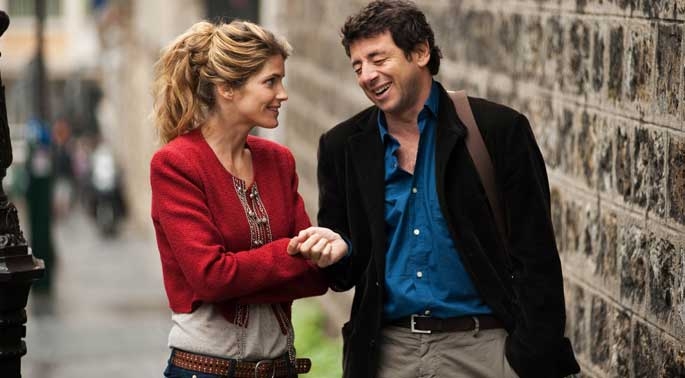 As far as romantic comedies go, writer and director Sophie Lellouche strikes a pleasant balance of magical romance and realism in her debut film Paris-Manhattan. The plot is disappointingly predictable, but delivers a delightful sense of sardonic humour. This is derived from the film’s major influence, Woody Allen, the king of morose yet charming storytelling. The flow of the film is engaging and fast-paced and is a cheerfully witty watch overall. However, for a film with killer potential, Paris-Manhattan is tainted with a sense of mediocrity. The story centres around 30-year-old single Alice Ovitz (Alice Taglioni) and her fascination with Woody Allen. Her family sees her obsession as unhealthy and makes great efforts to find a decent man to bring her down to earth. However, as the story proceeds, Alice’s philosophical outlook provides her with a positive path, while the members of her family encounter troublesome affairs. Allen intermittently makes appearances in Alice’s thoughts and helps her through some tough moments of deep pondering. When Alice meets Victor (Patrick Bruel) the romance starts budding. The two share a common love of all things abstract and philosophical; they battle with slings of cynicism and sarcasm about life, love and their meanings. And so begins the great tug-of-war that provides a lovely premise for every rom-com.

The characters are most ordinary, with the exceptions of Alice, Victor and Woody Allen. Although some clever comedy flows throughout, the majority of laugh-out-loud moments are in response to Allen’s lines. There is a delightfully funny ongoing reference to his film Everything You’ve Always Wanted to Know about Sex, in particular in the story of the doctor who falls in love with a goat. Lellouche has brilliantly placed the allusions to Allen’s films throughout, with a pleasing result.

At times, Paris-Manhattan can feel a bit like a series of talking heads, unexciting characters chit-chatting away about love and other worldly matters. However, Lellouche has made a rather delightful debut, with charming moments of joy and clever drollness to keep her audience amused.

Watch the trailer for Paris-Manhattan here: