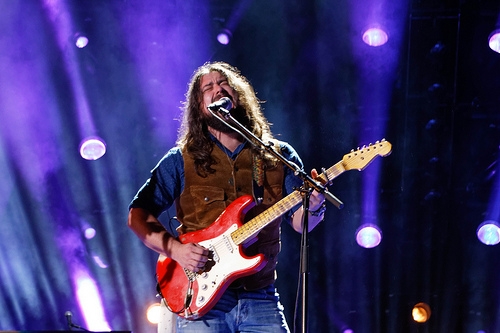 Main stage acts apart from the headliner had the likes of The Alabama Shakes and Black Crowes perform throughout the day, but the most unexpectedly compelling set of day two is by far the Zac Brown Band.

While the Georgia-based group identify as country singers, their use of an array of musical instruments including the violin, the organ and the mandolin broaden their instrumental range, and are key in creating a folk, country, rock genre unlike any other.

Opening with Keep Me in Mind, Brown’s voice is extremely comforting as he describes how he “prays someday you’ll love only me”. Jimmy De Martini on violin with Daniel de los Reyes on percussion are successful in creating a passionate and feeling melody to accompany the wistful subject matter.

Chicken Fried, their first number one hit from 2008 is more fun and positive.  Some of the crowd join in with the lines about enjoying “a cold beer on a Friday night” and “a pair of jeans that fit just right,” but despite their commanding stage presence and enthusiasm, there is minimal participation overall.  Nevertheless, Chris Fryar on drums is prompt and exuberant in his technique, setting the tempo and contributing to a number that encourages you to get up and dance.  With other popular tunes like Colder Weather and Whiskey’s Gone included in the eight-song set list, it’s surprising that they could tackle any newer material from their most recent album Uncaged.

Goodbye in Her Eyes is slower in pace with Brown establishing the beat in a curious fashion by banging his fist on the face of his guitar. His lyrics sound heartfelt and although pained, he’s defeated but realistic. The back-up vocals sung by Clay Cook, De Martini and John Driskell Hopkins harmoniously reiterate his thoughts and leave the audience reflective and appreciative in their cheers.

Although Brown offers little interaction with the audience, their musical choices speak volumes about the lengths they go to entertain and incorporate different genres into their repertoire. In an unprecedented finale, with a greater emphasis on drums and bass by Fryar and Hopkins, the band fuses Led Zeppelin’s Kashmir with The Devil Went Down to Georgia, creating the most upbeat, fast-paced, stimulating rendition of the track that leaves the audience dancing and applauding for more. 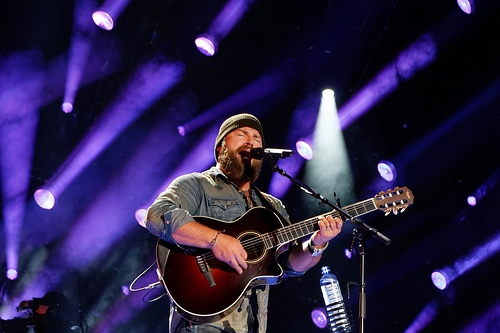 Watch the video for Goodbye in Her Eyes here: