Jeremy Loops at the Borderline in Soho

Jeremy Loops at the Borderline in Soho | Live review 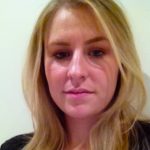 Cape Town-born Jeremy Loops is something of a musical phenomenon. As his name suggests, he creates an entirely “one man band” feel with his loop pedal and skills covering all music genres from jazz to beat-boxing to folk. Having picked up a large following in his native South Africa, Jeremy has brought his unique sound to London and played at the Borderline in Soho as part of his UK tour.

The Borderline’s intimate interior was the ideal spot for Loops’ set, filled with a lively mix of South Africans (most of whom are fans, while a few maybe needed a taste of home) and indie music followers. He came on stage, casually dressed in jeans and “takkies” (South African for sneakers) with a feather in his cap, and opened with Beat Box, moving on to Down South, his harmonica, signature looping and clear voice creating his distinctive sound. After a short introduction he continued with folksy Power, clearly a fan favourite as the crowd sang along, much to the singer’s elation. He then brought on saxophonist Jamie Faull and rapper Motheo Moleko, fellow South Africans who have helped Loops create his unmistakeable sound, particularly in Howling and My Shoes. Their chemistry is reminiscent of three good friends simply having a jam. It didn’t take long to get the entire room under their spell.

Moving through their set, they played an upbeat rendition of Edward Sharpe & The Magnetic Zeros’ Home, before finishing with Only The Good Die Young and leaving the stage, despite the crowd’s best efforts for an encore. Loops’ love for what he does and those who support him is clear; the appreciation and dedication show on his face and there is no question of his talent. This tour is already the second trip to the UK in 2013 and with such remarkable music there really is no stopping him. The singer and his team have worked tirelessly to get themselves heard and the result is a fun, folksy repertoire. Jeremy Loops can expect even warmer receptions from London in the future as he progresses with his impressive musical career.

Watch the video for Power here: