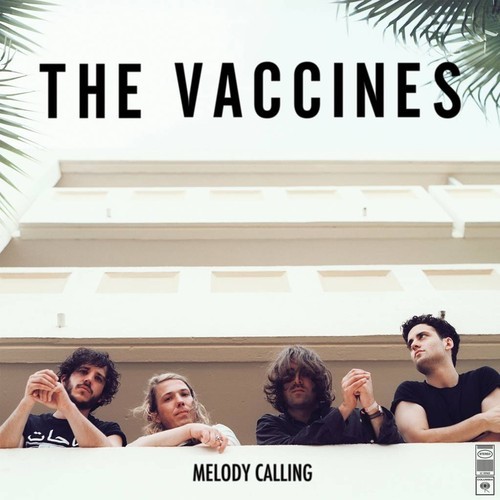 To follow up their chart-topping 2012 album Coming of Age, Londoners The Vaccines travelled to LA to work with top producers John Hill and Rich Costey on new material. The influence is clear in this EP, with title track Melody Calling offering a driving American rock guitar sound. It’s a neat little number, sophisticatedly produced, but pretty formulaic and forgettable – not bad, but not mind-blowing either. And this seems to be the band’s problem. It feels like they’re trying things on for size but shying away from doing them properly, and if they want to be a “proper” rock band (as they have declared in interviews), they’ll need to stop playing it so safe. Also on the EP is Everybody’s Gonna Let You Down, with lagging block chords, weighted vocals and a scratchy meandering guitar hook all echoing the world-weary lyrics: a sincere throwback to 90s guitar rock. In fact, if you remember mid-90s indie rockers Nilon Bombers you’ll get a flavour of this track, albeit a tired version.

Do You Want a Man, on the other hand, is a decent track if you ignore the self-conscious, adolescent lyrics, with interesting instrumentation and a catchy chorus. The John Hill and Rich Costey remix is the real gem of the EP, with tasteful production developing the 60s rhythm and adding an injection of fun, jangling disco guitars. It’s the only track that has anything different to offer, and reworks the original into something infectious and singable – this one’s the keeper.

Melody Calling is released on 12th August, but you can pre-order the EP here.