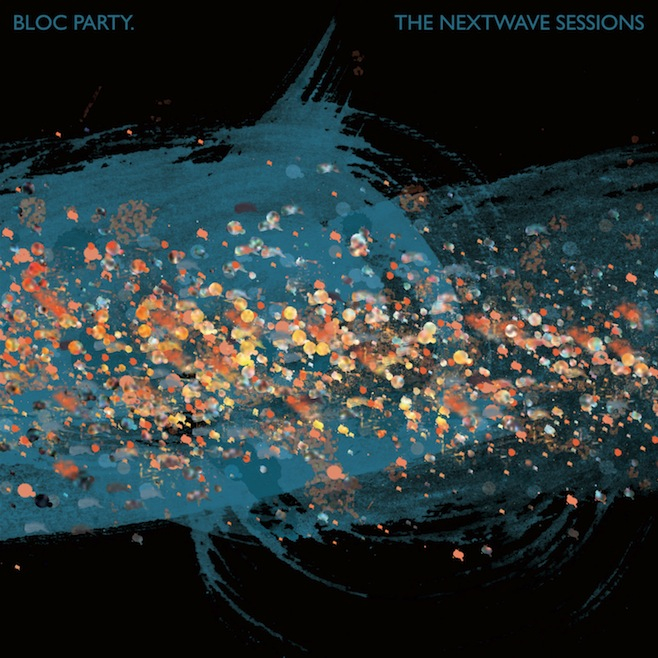 The Nextwave Sessions EP follows Four, Bloc Party’s fourth studio album that was released a year ago next week. The EP comprises new material that the band have been showcasing over a number of US live dates this year. Fans of Bloc Party will remember their first listen of the Bloc Party EP. Featuring debut single She’s Hearing Voices and double A-side Banquet/Staying Fat, it was an exciting, unapologetic blast of indie magic, delivered with urgency and growing energy as it progressed. This youthful pomp is lost on The Nextwave Sessions.

The EP’s lead track, Ratchet is an odd electro-indie combo, with a passing resemblance to Bodyrox’s Yeah Yeah from 2006. Kele assures throughout that he wants to keep it “on point,” but it’s difficult to judge the sincerity of the track with weak, repetitive lyrics – it would be a contender for one of the staged party scenes in Skins. Obscene strips back to Kele’s vocal, which, although beautiful, is languid in delivery. Similarly Montreal injects a sizeable dose of depressive lyrics atop gentle drum and bass lines and shimmery guitars. French Exit is more similar in sound to Bloc Party of old than the rest of the EP. Building guitars and a driving bass line complement Kele’s staccato vocal delivery – short, sharp and punchy. The EP ends with Children of the Future: it’s an odd sign-off, at points hopeful and upbeat, but the delivery of “be all that you can be” sounds pleading rather than celebratory.

There’s a duality to Bloc Party, their musical output and their cohesion as a band. Multiple hiatuses, rumours of discontent and public spats appear to have taken their toll on a band that have grown apart and far removed from their early raw indie promise. The Nextwave Sessions may well be Bloc Party’s last EP together, and it’s a confused offering that seems to have been rushed out as an afterthought to recent live activity.

The Nextwave Sessions was released on 12th August 2013.

Watch the video for Ratchet here: