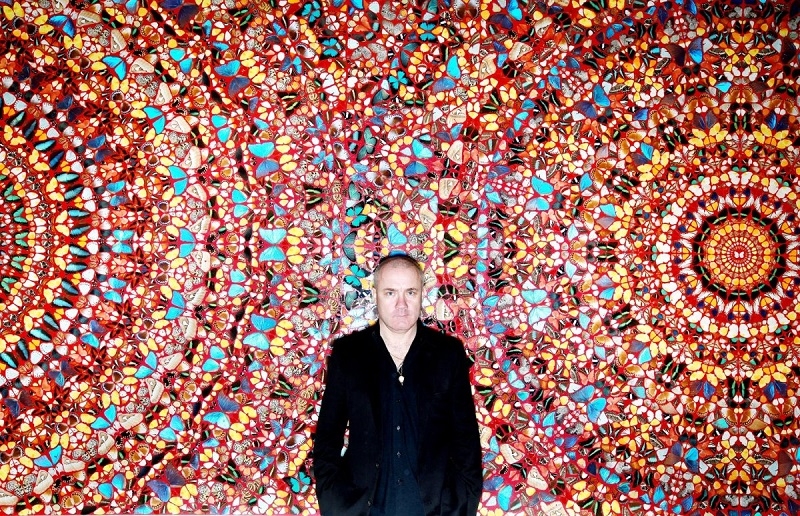 It’s hard to believe that the iconic McQueen skull print scarf was first released ten years ago. But the brand’s signature print is back with a few little friends. In celebration of the scarf’s tenth anniversary, Alexander McQueen has enlisted the artistic designs of Damien Hirst to create 30 limited-edition scarves. Each scarf design is inspired by Hirst’s famous Entomology collection, which uses insects including butterflies and moths in brightly coloured kaleidoscope patterns. The creepy crawly theme will be reworked into patterns that form the shape of the McQueen skull.

Hirst seemed like a natural choice for the brand that shares a fondness of geometric patterns, skulls and butterflies with the artist. McQueen tells WWD that Hirst was chosen because of the artist’s “interest in symmetrical design… combined with strong references to the natural world”. Both inspired by the human skull, seven years after McQueen released the skull print scarf, Hirst’s famous For The Love of God piece was created. The platinum cast of a human skull was encrusted with 8,601 flawless diamonds and was reportedly sold to a private buyer for £50 million – think of all the scarves you could buy with that!

The limited edition scarves will be available in chiffon, pongé, twill and cashmere, with prices from £315 – twice the price of the original but ten times more desirable.

The limited edition scarves will be available from mid-November in Alexander McQueen stores and here.