Dowsing – I Don’t Even Care Anymore 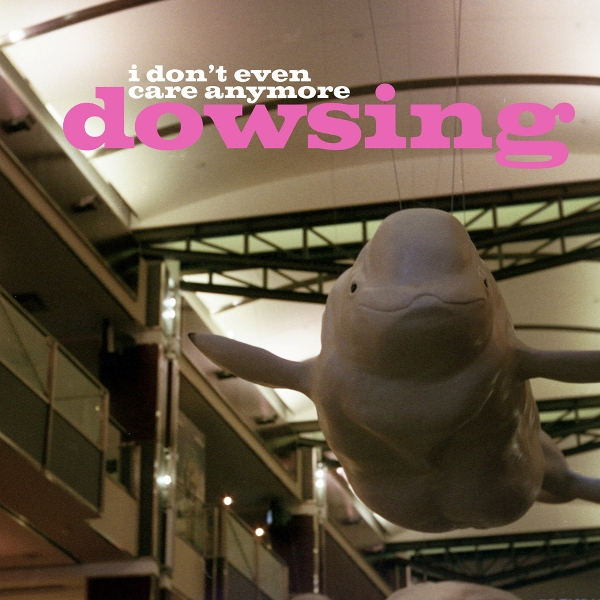 With their second album I Don’t Even Care Anymore, Dowsing have upped the ante and successfully avoided the sophomore slump. Since their first record It’s Still Pretty Terrible, the Chicago natives have added another guitarist to their line up, packing out their sound to create a fuller, better-rounded audio experience. This all adds up to make I Don’t Even Care Anymore a welcome evolution for the band, a more mature effort that still retains the kind of gut-punching emo guitar riffs that define teenage experiences. The album opener is a song for heartbreak, humorously entitled If I Fall Asleep the Cats Will Find Me, and is touching if a little too monotonous to warrant much repeat listening.

The wallowing lyrics throughout the record are sold by the energy and dependability of the vocals. Standout song, Get Weird is potent and memorable, with lyrics designed for crowds to shout along to at live shows. Title track I Don’t Even Care Anymore continues on this theme, but is a little too short to sustain any real enthusiasm. Meant to Shred adds another catchy, danceable song to the album’s repartee, while I Don’t Care is as repetitive as its title suggests, and feels like filler.

When tracks like No Offense to the Fun put the album at risk of yet more repetition, it’s saved by slow-tempo number Everything Works Out. Album closer Nothing to Give is subtly powerful and leaves a lasting impression.  The band successfully blends these restrained tracks with the bolder, hard-hitting numbers elsewhere on the album to achieve a considered, balanced result with all the elements of a lasting hit. The progression from It’s Still Pretty Terrible to I Don’t Even Care Anymore suggests we should have even higher expectations for Dowsing’s future releases.