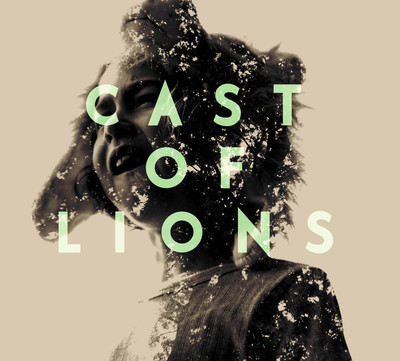 Three parts Hadouken, one part Limb and one part The Midnight Beast – Cast of Lions is a super group for the indie-pop generation. The London-based members met while touring separately with their respective bands and have since released two sell-out EPs. Cast of Lions have garnered enough support from their fan base to release their debut album Eyes Wide to New Places independently, with producer James Sanford (Vital Music), and support from Tristan Ivemy (Frank Turner) and Joe La Porta (Foo Fighters). The album was recorded over two weeks at the end of last year, and the band claim influences from synthpop and electronica to post-punk. This is clear on the album, which spans synth-laden ballads, indie-pop-punk and darker electro-pop. Astronauts is the opening track, and scored the band’s album teaser video released on YouTube in July. It builds throughout with a symphony of synth, drums, keys and electronic sounds. This layering of timbres is a theme throughout the album, where moments of a cappella vocal or vocal over low synth (as in the chorus of Sticks & Stones) accentuate the effusive lyric delivery. The simple lyrics focus on youth and growing up, and won’t win an Ivor Novello. This is evident on the not so imaginatively titled Bucket & Spade, where the narrative lyrics become repetitive as they loop throughout the song over animated guitars and drums.

Like Marmite, Stefan Abingdon’s vocal may be divisive, with arguments both for and against its appeal. It is unique with a colloquial London twang, but whether this works throughout a whole album that isn’t comic in nature (like, for example, work by The Midnight Beast) is another question.

Eyes Wide to New Places is a confident and succinct album that doesn’t jump between jarring sounds and genres like many debut releases. It will appeal to fans of pop-punk who err on the side of pop.

Eyes Wide to New Places was released on 19th August 2013.