Nothing But a Man 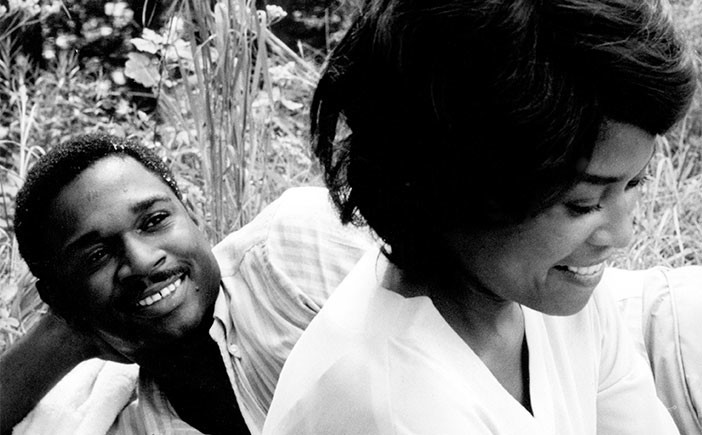 Nothing But a Man | Movie review

In the BFI theatrical release of the 1964 independent film Nothing But a Man, director Michael Roemer is thoughtful and profound in his interpretation of the personal hardships experienced by a young black man facing segregation and racism in Alabama as the Civil Rights Movement began. Duff Anderson (Ivan Dixon), a railroad worker in the South, is seemingly content to be uncommitted and free until he meets middle-class preacher’s daughter and school teacher Josie (Abbey Lincoln).  Struggling with the divide between classes and striving for a better life, Duff decides to head north to find work and start his family.  He soon learns that an honest day’s work is not enough, and that he must also endure the antagonism of his white colleagues with good humour.  Proud and assertive, Duff refuses to accept these terms and suffers the consequences.

The leading duo is charming and heartbreaking. Their opposing characters complement one another and the way that they challenge each other adds greater depth to their relationship.  Dixon is compelling in the reserved and principled manner that he carries himself.  Although often met with discrimination by co-workers, his character Duff is not violent or combative, but he speaks volumes with what he chooses not to say or react to.  Dixon offers a truly genuine and telling performance. Lincoln is confident in her portrayal of Josie, straightforward and strong – she takes you by surprise with the calm and understanding she exhibits in the most complex situations.  Her unscathed disposition plays somewhat on the naiveté of her character’s sheltered upbringing, but she is successful in depicting the impact of prejudice. Roemer and Robert Young’s screenplay is articulate and distinctive, without mincing a single word.  Every line is purposeful – the language is succinct, honest and engaging. The cinematography and sound draw you in from the opening scene: a long shot of the railroad track, with the loud banging of hammers on nails and the screeching of wheels, immediately sets the scene.  Throughout the picture, Roemer and Young are consistently effective in painting a portrait of what it was like to live in that area in the early 60’s.

With a soundtrack featuring classics like You’ve Really Got a Hold On Me by Smokey Robinson and the Miracles and Heatwave by Martha and the Vandellas, the authenticity and truthfulness of this film is sure to be appreciated 50 years later.

Nothing But a Man is released nationwide on 27th September 2013.