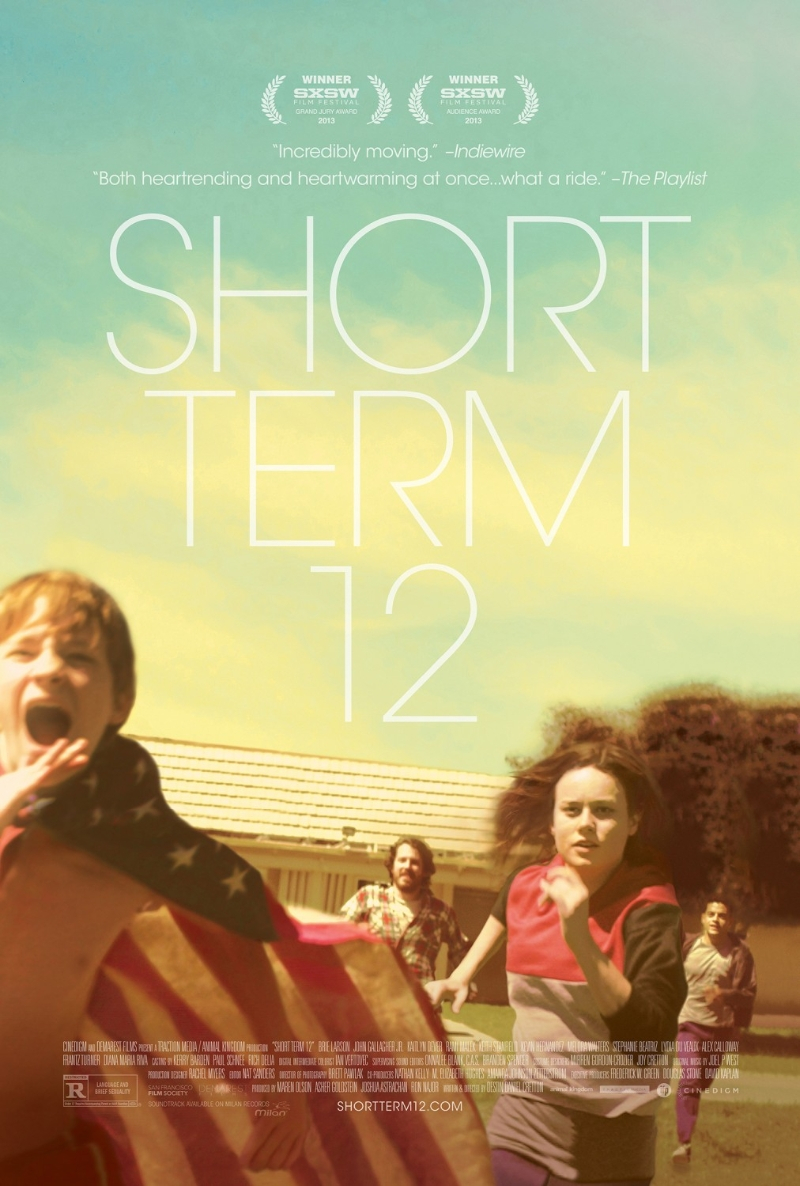 Following his 2009 short of the same name, Destin Cretton’s feature Short Term 12 is based on his own experiences working in a foster care facility. Cretton has succeeded in creating not only strong protagonists, but a wide cast of characters with unique traits and flaws that will immediately capture audiences. The world he presents is so volatile and heart-wrenching that it would be difficult not to become utterly invested in Short Term 12. Grace (Brie Larson, 21 Jump Street) is a young and proficient supervisor at one such facility, near unflappable and utterly dedicated to her kids. But just as she discovers that she is pregnant by her delighted, loving boyfriend and co-worker Mason (John Gallagher Jr., Whatever Works), Grace finds an uncomfortable reflection of her own past trauma in turbulent newcomer Jayden (Kaitlyn Devur, Bad Teacher). Furthermore, her long-term ward Marcus (Keith Stanfield, Short Term 12 2009) is approaching his 18th birthday and struggling with the concept of leaving his safe haven. As she becomes increasingly involved with her kids, Grace’s personal life spirals out of control.

The powerful script is complemented by powerful performances. After several memorable supporting parts, Larson is finally afforded a gritty leading role to fully explore her vast talent. The actress is captivating – it would be very easy for an emotionally unavailable character to become two-dimensional, but Grace is steadily portrayed, with her confusing emotions and history silently bubbling under a cool facade. Larson is supported by irresistible portrayals from the warm Gallagher and the fiery Devur, but is exceeded by only one: Keith Stanfield as Marcus.

Amazingly, Short Term 12 is Stanfield’s first feature, and only his third film (his first being the original 2009 short). It is unsurprising that Cretton had Stanfield reprise his role, as it is entirely unimaginable that anyone could hope to better the original flawless performance. Almost an adult, Marcus – tough and quiet – is the eldest ward at the foster home, yet the vulnerability that Stanfield brings with just the merest facial expression or break in his voice can make him seem like a small child. It is, quite simply, breathtaking.

Short Term 12 is one of those wonderful movies that stays stuck in the mind for days, replaying over scenes of shuddering poignancy and whip-smart one-liners. This film deserves wide exposure and the highest praise imaginable. Cretton and his spectacular stars have truly and utterly outdone themselves.