Lee Harvey Oswald at the Finborough 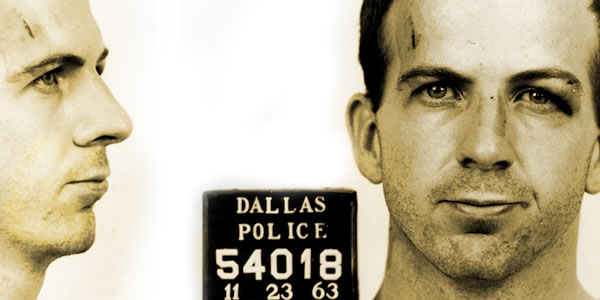 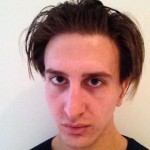 Lee Harvey Oswald or, to use its full title, Lee Harvey Oswald a Far Mean Streak of Independence Brought on by Negleck has been put on by a London theatre for the first time in 40 years in a brave move by the Finborough. Michael Hastings’ 1966 play was published just three years after John F. Kennedy’s assassination and was one of the first major cultural representations of the event. The play focuses on the wife and mother of Lee Harvey Oswald (played by Gemma Lawrence and Hilary Tones respectively), interviewed by a figure known as the Commission (Patrick Poletti), representing a judicial body posthumously investigating Oswald’s character and motives. The Commission’s interview traverses a series of retrospective chapters featuring Lee (Adam Gillen) over the past two years and his increasing instability.

We are taken through a variety of conspiracy theories based around the fact that Oswald had a Russian wife and spoke fluent Russian. We also explore Oswald’s relationship with his domineering mother, as the Commission and the audience try to get to the crux of why Oswald committed this heinous murder.

It takes just a few minutes to see why London’s playhouses have got along fine for the last 40 years with Lee Harvey Oswald in absentia: the play has dated and is largely without appeal. It recalls audiences of 2006’s World Trade Center, a film made shortly after a pivotal event in modern American history. Like Stone’s drama, the only thing that makes the play noteworthy is its association with an historic event.

The script is not the only issue with the Finborough’s offering; the acting is generally disappointing, and the characters noticeably underdeveloped. RADA graduate Adam Gillen is especially poor in his portrayal of Oswald, his Texas drawl approaching a South London patois in an almost comic performance. Equally disappointing is Hilary Tones who persistently fluffed her lines and used written prompts during the second act last night. Poletti and Lawrence are at least solid if unexceptional.

The production of Lee Harvey Oswald is probably less than the sum of its parts – the acting, script and production are individually not without merit – however the whole is shambolic and ultimately dull.

Lee Harvey Oswald is on at the Finborough Theatre until 22nd November 2013, for further information or to book visit here.