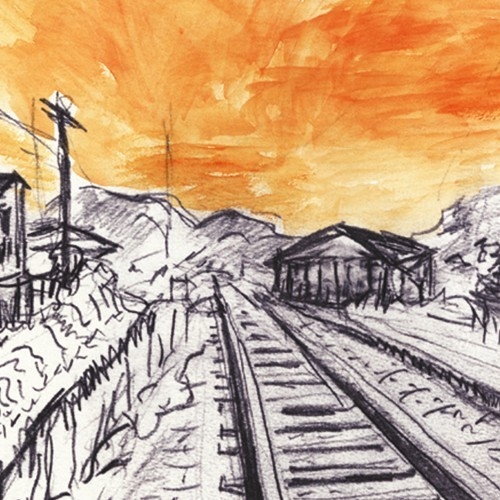 This show is not, if one has not followed Dylan’s career with any great interest, the moment to fall to ones knees in revelation. The Halcyon Gallery on New Bond Street, decorated like a Baroque church without the possibility of revelation, has decided to exhibit what apparently are Dylan’s first forays into welded sculpture and frankly, the result is rather dull. “Vintage objects” (or junk as they are more commonly known) are assembled within frames to form gates – or glassless windows – in gothic shapes, the objects painted to stand out with a charming toy town effect. A sly pair of forceps makes its way into a gate, and the mechanical emphasis (Dylan in the press release commented that the show was inspired by his childhood in iron ore country) offers vague ghosts of narrative. Those gates not bracketed to the walls will move, if pushed.

But there’s more at the Halcyon: passing by the gates one can find some of Dylan’s painting, which in spite of being conservative and lazy (not to mention verging on Kinkade’s sugary turf) pulls off an occasional success. Even the most determinedly po-faced critic must give him credit as a painter. There is far too little of this.

Moving downstairs there are car doors riddled with bullets (Dylan is interested in the gangster as outsider) and satirical mock-ups of magazines Dylan has made. They are occasionally funny.

Painting aside, which has been exhibited elsewhere, Mood Swings unfortunately misses its mark. A grave disappointment from an undeveloped talent.

Mood Swings is on at Halcyon Gallery until 25th January 2014, for further information visit here.