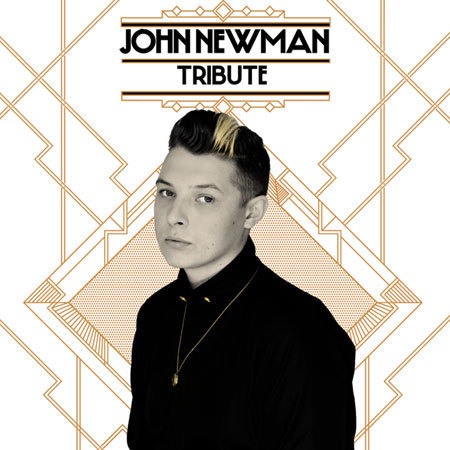 The opening track of Tribute begins with John Newman reading a list of his influences, a starry roll call of some of music’s greatest names, kicking off with Nina Simone and featuring a number of Motown and soul legends, from James Brown to The Temptations. Perhaps the most telling name on the list comes towards the end: Plan B. It’s hard to imagine that Newman’s brand of brassy, dancey funk would have become quite so popular without the trail blazed by Plan B’s The Defamation of Strickland Banks back in 2010. Whereas Plan B’s record dealt in pitch-perfect soul homage, Newman’s debut feels like more of an update, the retro horns and double-bass frequently backed with a modern drum and bass rhythm section. It’s a full-on sound that serves some tracks very well, such as number one single Love Me Again, a pounding, breathlessly jubilant brassy anthem that would make Mark Ronson proud. This formula is repeated on the equally great Cheating whose glossy stomp belies the bitter subject matter. Over the course of an entire album, though, this relentless upbeat approach becomes a little wearing, and by final track All I Need Is You, the choruses erupting into a golden burst of horns and backing singer wailing have started to blend into one.

It doesn’t help that the one real breather Tribute takes is just as stuffed full of noise as the remainder. Out of My Head starts with a tinkling piano but is soon inevitably swamped in a great swathe of strings. From then on it’s business as usual.

Tribute sounds very much like a soul record built for the top 40 – not that that’s a bad thing necessarily, but if Newman wants to add his name to the list of greats, he could do worse than dialling things back a bit and showing a little more soul.

Tribute was released on 14th October, for further information or to order the album visit here.

Watch the video for Cheating here: