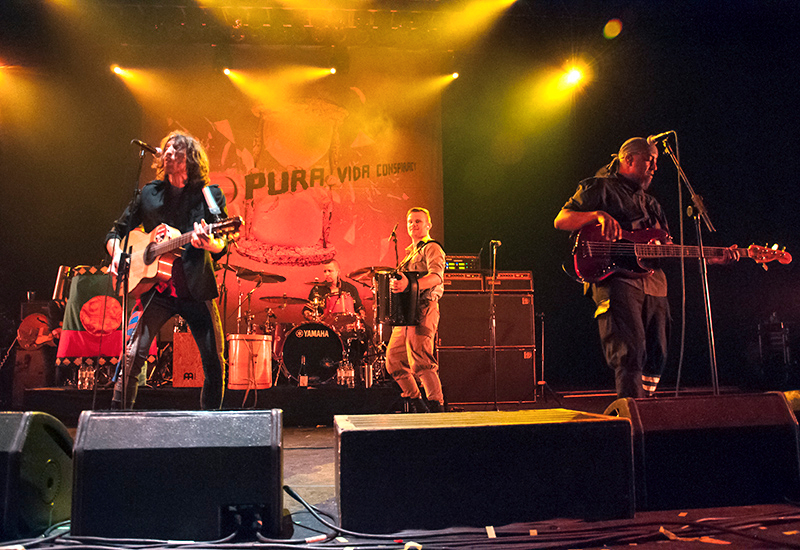 Gogol Bordello do not have a second gear. The motley crew of gypsy punks have been touring the world for over a decade now, earning a reputation as one of the world’s truly spectacular live acts. They play every show at full-tilt, as if they fear it might be their last, and yesterday at Brixton Academy was no exception.

Eugene Hutz is of course always the focal point for any Gogol Bordello concert. The rakish, handlebar-moustached frontman may have an acting sideline on the go (he played the lead in Madonna’s not awfully well received directorial debut Filth and Wisdom) but there’s little doubt that his natural habitat is the stage, dripping in sweat, with an acoustic guitar slung carelessly over his shoulder. His arrival for the opening number We Rise Again was greeted with the wild hoopla that his living legend status deserved. Either side of Hutz came the group’s other vocalists, Elizabeth Sun and Pedro Erazo, all three rushing to the very front of the stage to connect with the already bouncing audience.

While Hutz may be the ostensible centre of attention, Gogol Bordello don’t really follow the usual dynamics of band maneuvers. Every single one of the group’s eight players (with the exception of the drummer) went wherever they pleased, the stage becoming a criss-crossing of accordion players, violinists and guitarists, with each taking their turn on the band’s raised platform. Yes, Gogol Bordello tour with a specially made platform designed for the sole purpose of being stood on. Amps are obviously not good enough.

The night was a non-stop riot of the group’s unique blend of musical styles. gypsy-punk is the label with which they’ve become synonymous, but given the transnational nature of the member’s origins, its no surprise that the band’s sound is a giant melting pot of South American, Caribbean and European influences.

Eugene was topless by the mid-way point and was swinging around his open bottle of wine by the time that Start Wearing Purple came around. The band’s most famous number, it upped the crowd’s ecstasy-levels even further, and transformed everyone into a seething mass of arm-waving, jumping up and down lunatics.

It was the highpoint of an already unbelievably full-throttle performance. Even if Gogol Bordello did have a second gear, there would still be very few bands who could touch them. 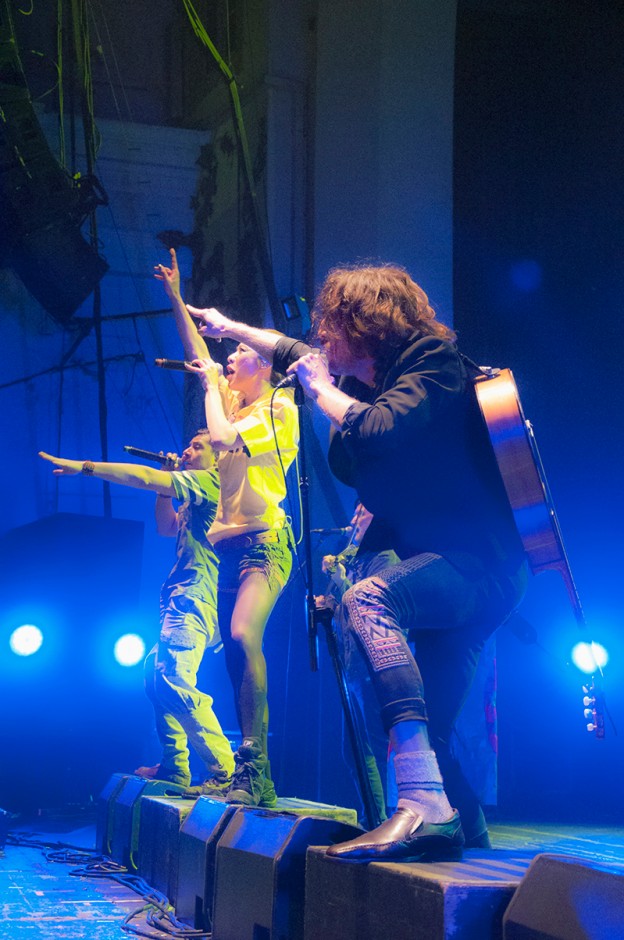 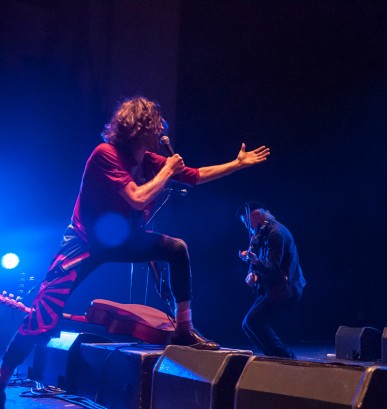 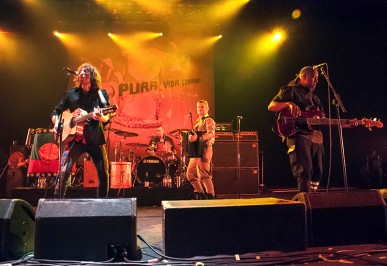 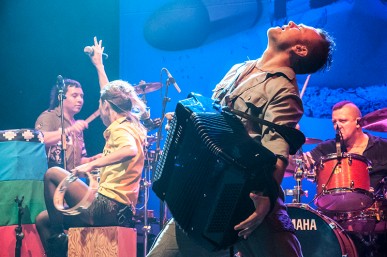 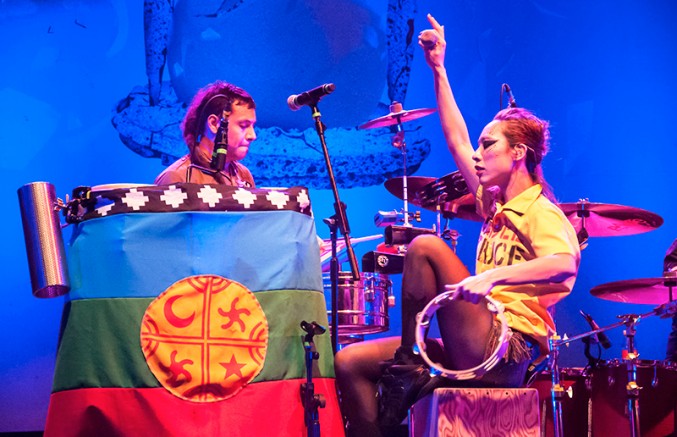 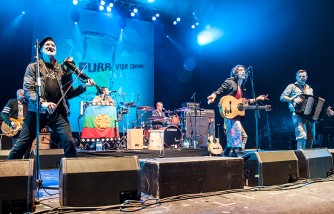 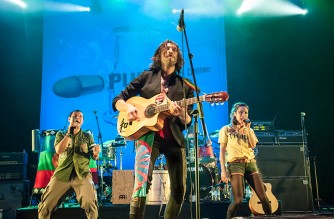 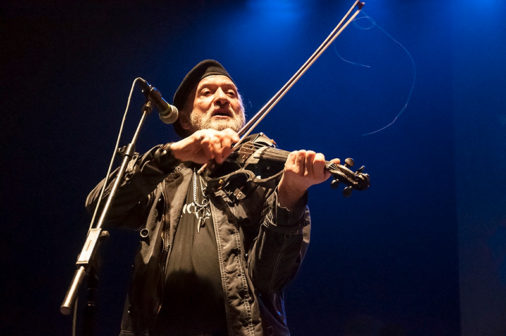 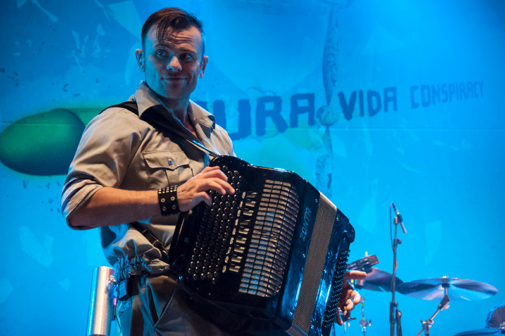