The Cider Box presents the first pressings of 2014 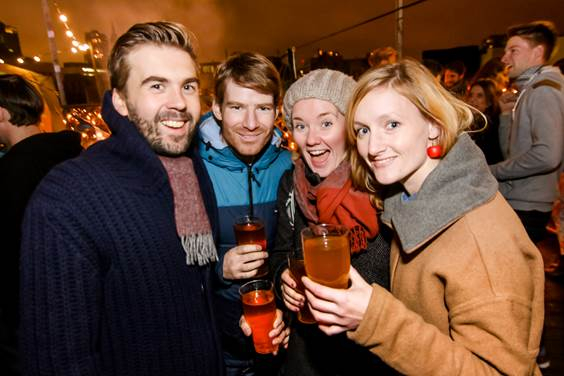 The Cider Box presents the first pressings of 2014

Saturday 15th March
THE CIDER BOX PRESENTS THE FIRST PRESSINGS OF 2014
12pm – 7pm
£15 tickets (includes 1 dish from selection and 4 half pints of cider, along with tasting notes)

A CIDER vs MEAT feast [with veggie options] 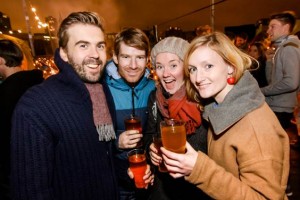 The Cider Box is on a crusade against the so-called “ciders” that have flooded the market in recent years, with their added artificial sweeteners carbonated water, low apple percentage and other odd additions. Working with artisan and farmhouse producers of real cider across the UK, to achieve the goal of educating landlords and drinkers around the country, armed with stories and secrets of this beautiful creation.

What started as a simple wholesale business has organically grown into an operation, which includes hosting cider showcases across the country, cider tasting sessions and private bookings for the infamous Hot Spiced Cider Tent.

Join The Cider Box for a special afternoon session taking place in the Queen of Hoxton’s rooftop WigWamBam, celebrating a truly vintage year for cider, after one of the best harvests in an age.

Be the one of the first in London to taste 2014’s finest Somerset ciders, fresh from the racks. The event will feature award winners from Hecks (a Wigwambam exclusive), Joe Strummer’s favourite, Wilkins, some rather delightful champagne style cider and even a drop of cheeky Somerset Cider Brandy.

Complementing these magnificent juices will be a specially curated food menu, expertly paired by the chaps at Queen of Hoxton. Think juicy pork chops, apple laced sausages and a delicious veggie option.

If the cider and gorgeous grub wasn’t enough to get you here, there will be a plethora of exciting and immersive happenings also taking place in the wigwam. Founder of London Glider Cider, Peter Newton will be discussing how to make award winning cider from apples found in London. With a taste or two of course! There will be a screening of short and beautiful film, The Cider Makers by Graham Trott focusing on the late, great Frank Naish; the world’s oldest cider maker, who passed away in December 2013. The folk from The London Orchard Project will be in attendance, talking about how to grow and harvest fruit from the tiniest of spaces in our great city. And last but not least, a topical affair from Shortlisted photographer Matilda Temperley who will be showcasing her thought provoking photos of the Somerset floods which have been published in The Times, The Daily Mail and The Observer. Matilda also owns the Somerset Cider Bus, famous for its foray to Glastonbury each year bestowing delightful Somerset cider which she’ll be discussing at the event. 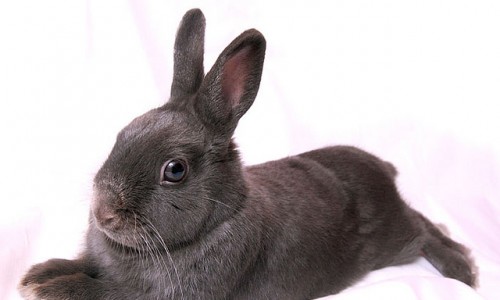 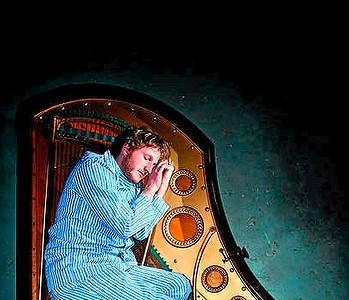 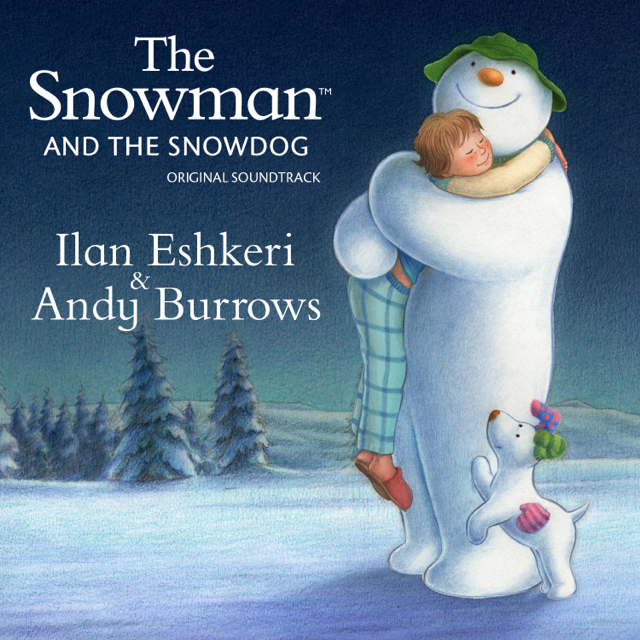 The Snowman and The Snowdog live at Rough Trade East 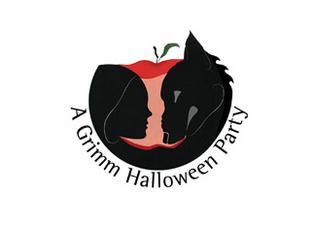 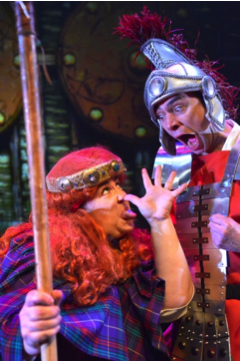 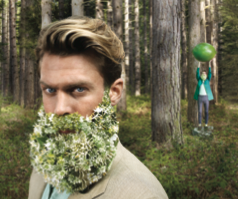 The Kopparberg Urban Forest MØs out with a hairy finish 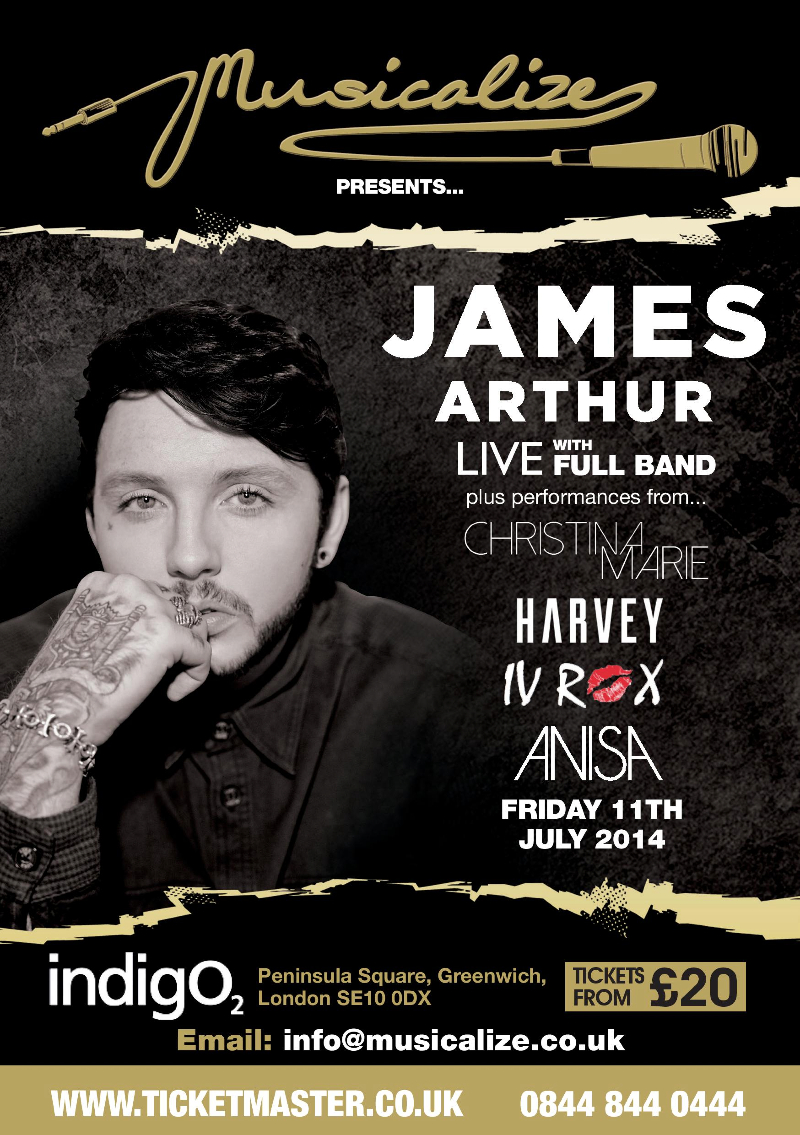 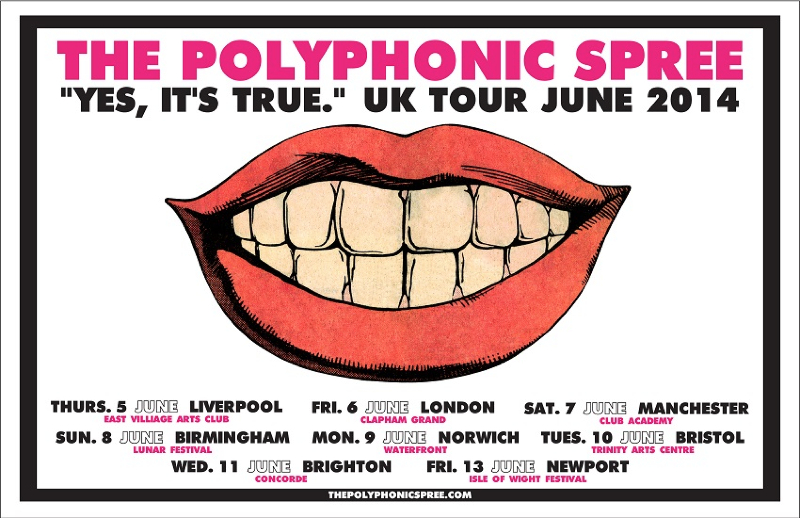 The Polyphonic Spree return to the UK on tour