The Beautiful Game at the Union 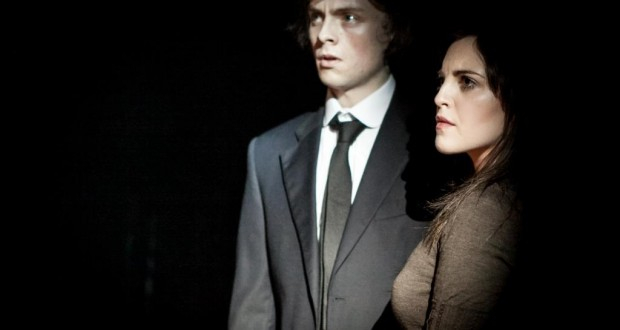 The Beautiful Game at the Union | Theatre review

With music by Sir Andrew Lloyd Webber and book and lyrics by Ben Elton, Lotte Wakeham’s rendition of The Beautiful Game has much to live up to, but this production in London’s South East end is nothing short of gripping. Following a group of teens in Belfast as The Troubles arise in the late 1960s, the lives of five young footballers unfold against the backdrop of a divided nation.

Starring Niamh Perry and Ben Kerr in the leading roles of Mary and John, the duo initially seem one-dimensional and their rapport appears superficial as they serenade one another in their first duet Don’t Like You.  However, as the pair become more at ease onstage, they quickly embrace their respective roles, bringing a strong element of depth and realism to their individual characters. Perry is absorbing and passionate as she describes to her husband the man she had always wanted as the father of their child. The way in which she looks upon John with such hurt and sadness when he sneers at their future together is enthralling, inciting much emotion.

Supporting performances by Daniella Bowen and Freddie Rogers are equally as captivating, with Bowen creating a spirited and sexually-charged trailblazer in Christine. Rogers is beguiling as the brooding and hostile Thomas, a troubled youth in transition from intolerant anarchist to cynical extremist. The disdain he exhibits for the Protestants is disturbing but convincing, and reflective of a common sentiment in the time period.

Tim Jackson’s whimsical choreography for numbers like The Final and John in Prison is creative and thoughtful, incorporating interpretive dance that adds an entirely new, expressive dimension to the production.

With fitting live musical accompaniment, inventive sets and intricate staging that seats the audience in the stadium around the pitch, you become a part of drama and engrossed in this revolution.

The Beautiful Game is on at Union Theatre until 3rd May 2014, for further information or to book visit here.