Cool Rider at the Duchess 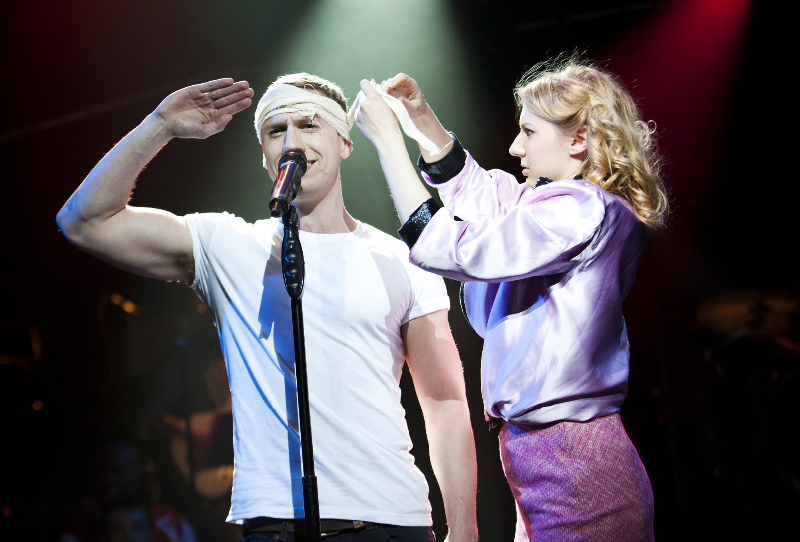 Running for only seven nights at the Duchess Theatre, Cool Rider is a sassy, rugged and surprisingly raunchy adaptation of Grease 2. This lesser-appreciated movie sequel has, over time, gained a cult following despite being panned upon its initial release. Following a fresh crop of students at Rydell High School, Cool Rider strings a simple story together via a series of exuberant dance sequences and songs that have aged surprisingly well and are loaded with the zesty magic and passion that made the original so great.

With vivacious energy the story unfolds, introducing leads Michael (Aaron Sidwell) the British, clean-cut cousin of Sandy from the original, and Stephanie (Ashleigh Gray) the popular, T-Bird dating Pink Lady. Rydell teachers Mr Stuart (Mark Benton) and Ms Mason (Niki Evans) narrate while flirting outrageously and judging the school talent show, the centrepiece event around which the story is based. And of course Michael attempts to win Stephanie’s heart by shredding his clean-cut persona and re-inventing himself as the cool rider of her dreams.

Grease 2 withered in the shadow of the mighty original but over 30 years later the surprisingly high-quality songs (Cool Rider, Reproduction, Who’s That Guy?, Girl for All Seasons) burst into life on the stage in this energetic and passionate production.

Many of the kitsch values of the film are here wisely lampooned and delivered with knowing winks by the cast. The hammy elements are transferred into ironic qualities, bringing a wise and welcome humour to this adaptation. The underlying message at the show’s core is summed up as whimsical in a line delivered with sardonic zest in the final act: to win the heart of the girl of your dreams you must change who you are, inside and out, beyond all physical recognition. But who cares about the message when there is so much fun to be had.

Cool Rider confidently kicks aside the film sequel’s inferiority complexes and explodes into this new medium with a vibrant gusto, while retaining a welcome rawness evoked from the stripped down, rough and ready production. No doubt it will be developed into something a lot more lavish and amazing on a bigger stage in time, but it’s quite something to catch it raw now in its early days.

Cool Rider is at the Duchess Theatre until 19th April 2014, for further information or to book visit here. 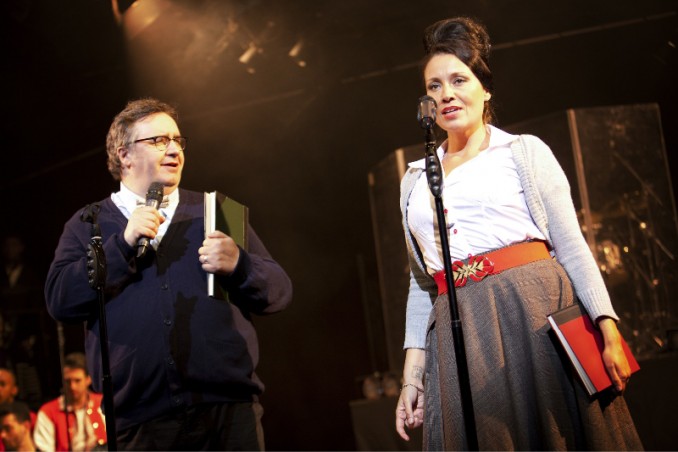 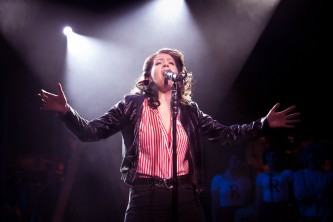 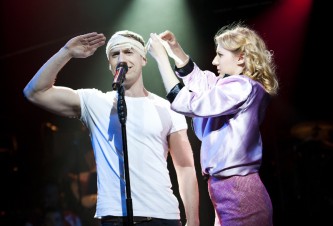