Win a copy of upcoming thriller The Three 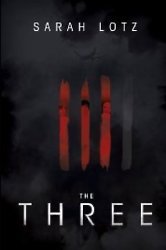 Competition: Win a copy of upcoming thriller The Three

Black Thursday. The day that will never be forgotten. The day that four passenger planes crash, at almost exactly the same moment, at four different points around the globe. There are only four survivors. Three are children, who emerge from the wreckage seemingly unhurt. But they are not unchanged. And the fourth is Pamela May Donald, who lives just long enough to record a voice message on her phone. A message that will change the world.

The message is a warning.

The Three is a novel that grips you right from the beginning: four disasters, three survivors and one chilling message. What a storyline!

The book is reminiscent of Lost and The Passage, and is perfect for fans of The Shining Girls and Stephen King, and with those credentials, you simply can’t afford to miss out!

For a chance to win one of ten copies of The Three take a minute to answer the question below, like us on Facebook here and send your answer to competitions@theupcoming.co.uk together with your full name and address. The competition ends 18th May 2014 at 12pm (noon).

In The Three, how many child survivors are found?

Praise is already rolling in for The Three: “The Three is really wonderful. A cross between Michael Crichton and Shirley Jackson, hard to put down and vastly entertaining.” Stephen King “Sarah Lotz is a natural born storyteller. Like the hand reaching up from the dark well, she’ll drag you into her thrall. You’ll come up gasping.” Lauren Beukes, author of The Shining Girls The Three is out on May 22nd 2014.

Watch the trailer for The Three here: