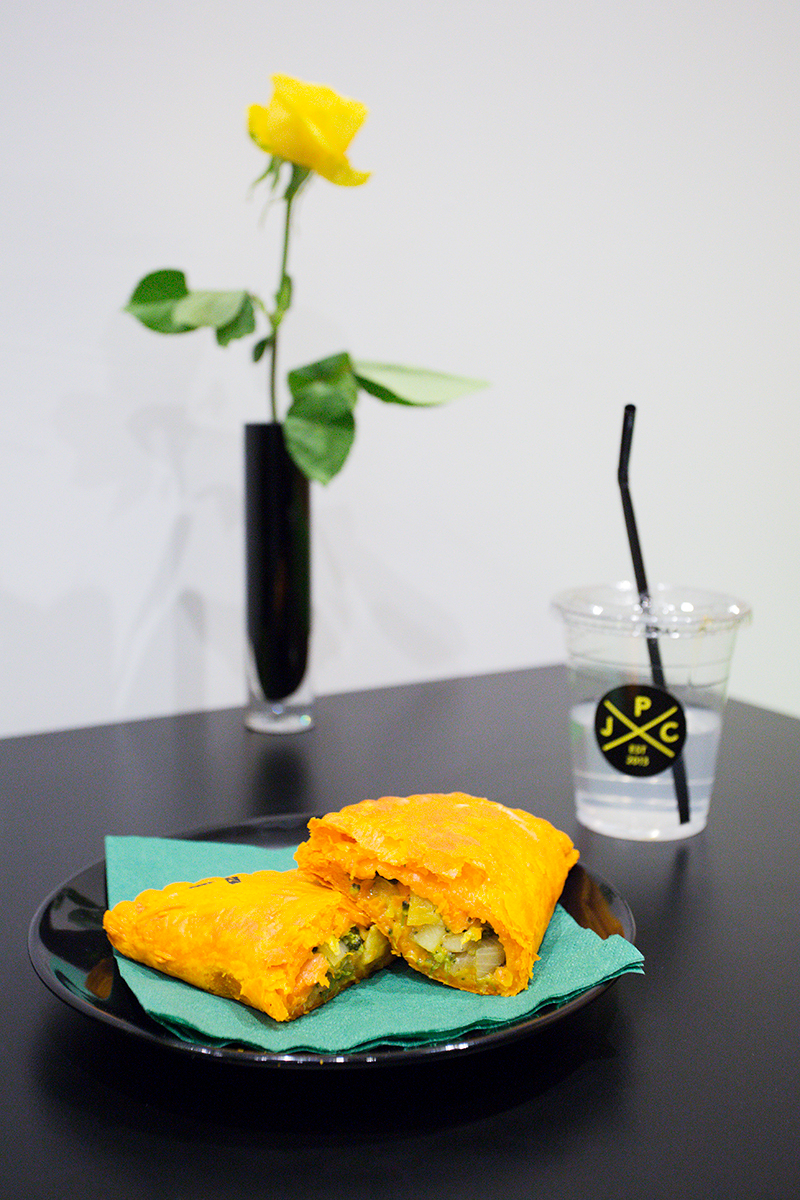 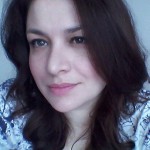 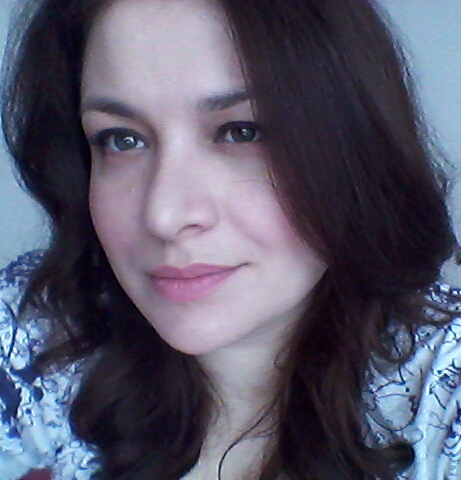 A day of April showers threatened to ruin a long-awaited Friday evening and it was with damp clothes and a yearning for hot comfort food that we went in search of Jamaica Patty Co in London’s Covent Garden. Expecting to find a wooden rum shack or a quirky take on the ubiquitous food carts lining the dusty roads of the West Indies, we were instead greeted with a sleek, glass-fronted restaurant with contemporary styling. The venue’s décor takes its inspiration from the Jamaican flag: black plastic furniture, bright yellow board menus and vivid green accents successfully merge into a youthful design that can be transplanted into any sports shop or night club. An ebony-coloured food counter is the focal point of the ground floor, offering plenty of standing room, whilst a basement seating area can accommodate 12 covers. There’s no table service: patties are a “grab and go” favourite in Jamaica, and are the island’s most popular convenience food.

There are seven varieties of Patty on the menu, alongside fresh juices, Blue Mountain Coffee, rum and banana cakes, hot soups, and breakfast porridge. Special offers, such as coffee and cake deals, also make the Jamaica Patty Co an attractive pit-stop for tourists and Londoners beyond the lunch or dinner rush. Patties are similar in concept to the British Cornish Pasty: half-moons of golden-baked pastry encasing a variety of fillings, albeit slightly spicier. Fiery Scotch bonnet peppers, diced scallions (spring onion) and a liberal mix of spices form the basis of most fillings, alongside meat, fish and vegetables.

We were looking forward to a freshly made Jerk Chicken patty but these had already sold out by the time of our arrival at 7pm. We opted instead for Saltfish and Ackee, Curried Goat and Vegetable. Each one was generously filled and had just enough heat to enliven the senses without triggering an inferno. The pastry was particularly good: crisp on the outside, with flaky layers throughout. Biting into Saltfish and Ackee, we could see and taste the generous flakes of fish and soft yellow fruit. Large flecks of Scotch bonnet looked fearsome but successfully enhanced, rather than overpowered, the remaining ingredients.

Curried Goat was as it should be – succulent, meaty and earthy, with a richly flavoured sauce that wasn’t too runny – and the Vegetable patty was equally satisfying. Flavours of broccoli, carrot, potato, onion and sweetcorn all melded into light, tasty mouthfuls which initially seemed absent of spice. That was swiftly remedied by a delayed burst of heat after every bite.

We were too stuffed to brave dessert and sipped on freshly extracted Coconut Water as we caught a few words with Theresa Roberts, the restaurant’s Jamaican born owner. Roberts created the menu with award-winning Caribbean chef Collin Brown and described the restaurant’s modern image as “the future of Jamaica”. We were particularly pleased to hear of plans to roll out the Jamaica Patty Co across the UK – we enjoyed our first visit and look forward to returning. 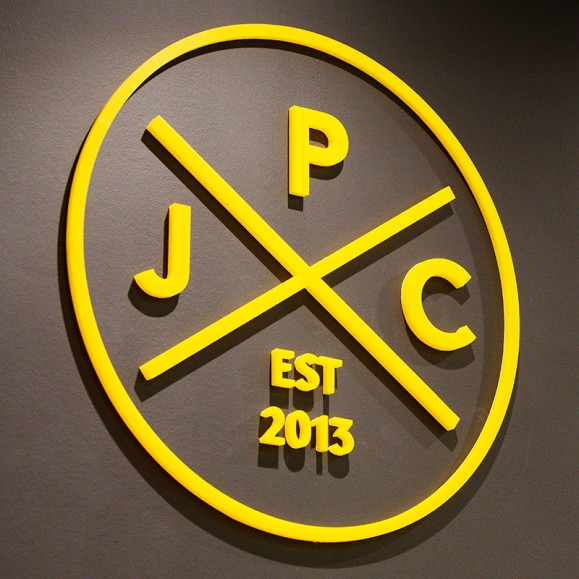 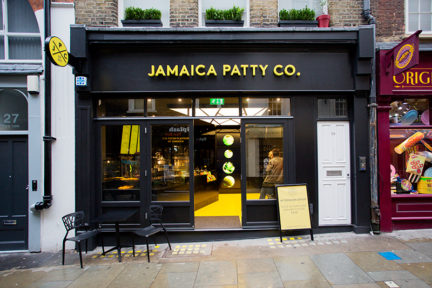 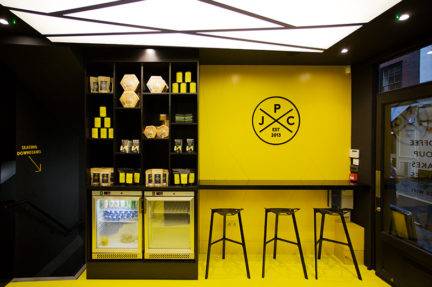 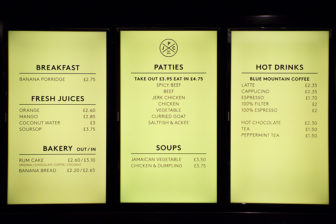 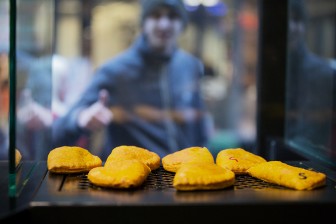 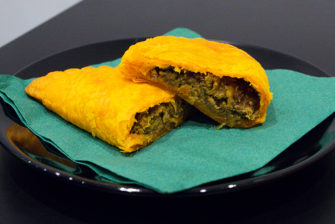 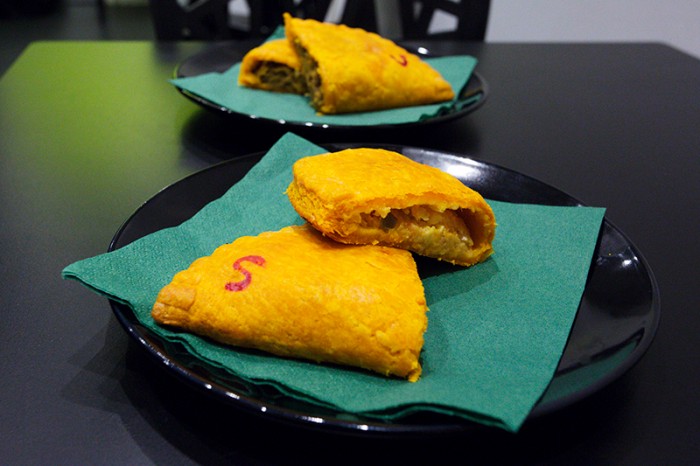 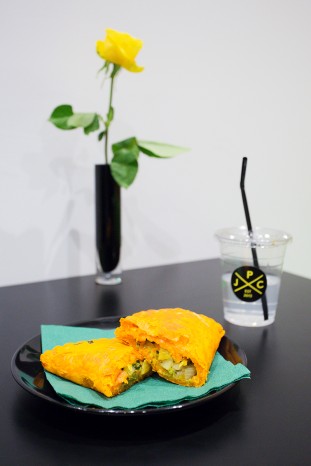