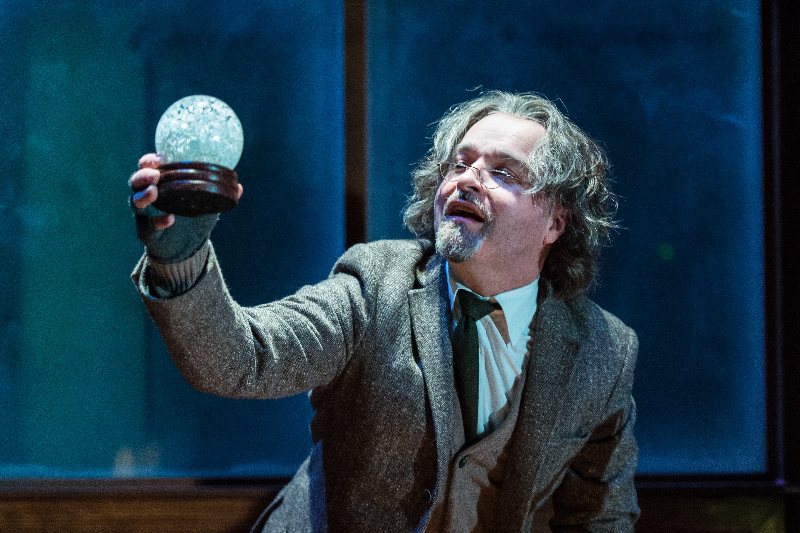 1984 at the Playhouse | Theatre review

Having to read George Orwell’s 1984 within the rigid confines of school, forced upon us by the unquestionable curriculum, was a joyless experience for many. The classroom was Room 101, containing that which we most dreaded: the teacher’s endless drone in a stale, dimly lit room. Thankfully, this new theatrical adaptation fully revives interest in Orwell’s classic as it expertly brings to life Winston Smith’s lifeless world. The reintroduction of 1984 into our lives couldn’t have come at a more fitting time. With the actions of security agencies such as the NSA and GCHQ becoming clearer, we as a society have come to debate the infringements on our freedom in the information age. The supposed liberating force of the internet is now the coil in which society and its citizens are entangled. While we freely go about our own business, posting on Facebook/Twitter/Google, we are also consenting in the government’s surveillance upon us. Similarly for Winston, the sinister glare of the telescreen does not just function upon the grounds of transmission but also on reception; it is two-way relationship that allows for Big Brother’s constant surveillance upon its citizenry.

The play stays true to the essence of the book, but also advances Orwell’s dystopian vision. The co-creators, Duncan Macmillan and Robert Icke, have masterfully managed to capture the complexity of the novel, and the way the prose itself corresponds to the operation of doublethink. Based on the logic of contradiction, doublethink is the ability to harbour and accept two opposing views. Orwell, through writing an appendix to the novel, intended on making the reader just as confused as Winston, and to ask the questions: Whose story are we reading? Whose future are we seeing?

While the play challenges the audience, it does not lead to over-complication or a fuddled theatrical presentation. In fact, the audience is quite cunningly and rather blatantly involved in the theatre of it all – the finger is firmly pointed at us, Orwell’s ever-watchful voyeurs, the bourgeois theatre-goers. It resonates now of course with reality TV-obsessed society. There is also a cinematic element to all of this, orchestrated through the use of a large screen above the stage as the visuals and the sound-effects work together in creating Orwell’s dystopian vision of London. As the play moves at a staggering pace from Winston’s sudden capture to his confinement and torture within the white walls of Room 101, the last quarter is a masterful demonstration of the art of set design and changeovers.

Icke and Macmillan have created an outstanding adaptation at a time when Orwell’s 1984 most needed revisiting.

1984 is at Playhouse Theatre until 30th June 2014, for further information or to book visit here. 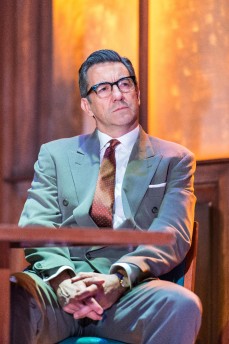 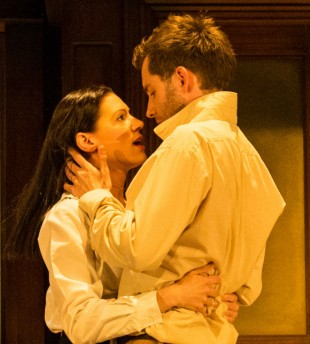 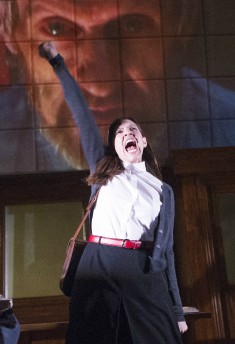 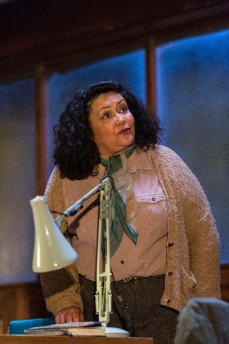 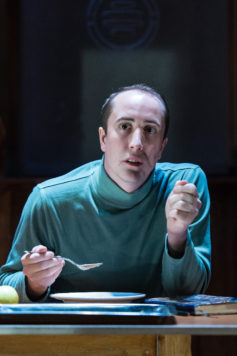 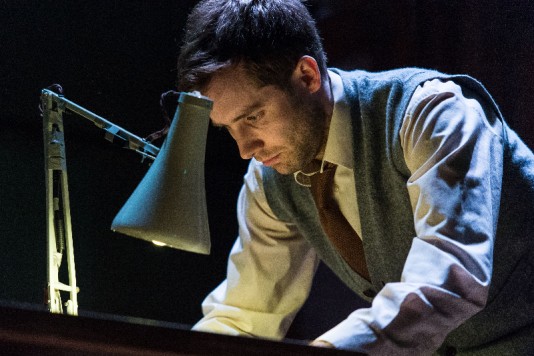 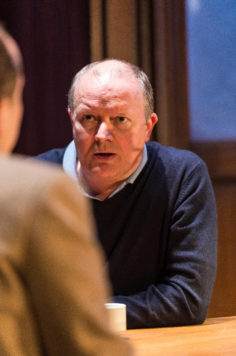 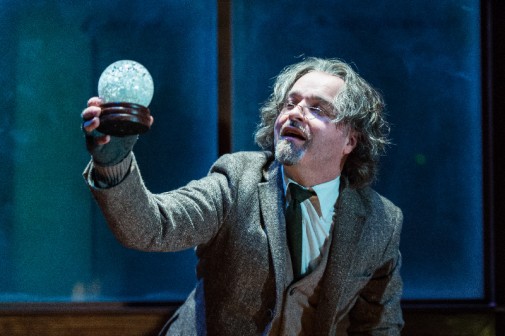 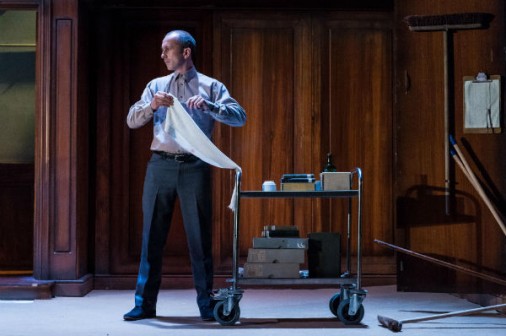