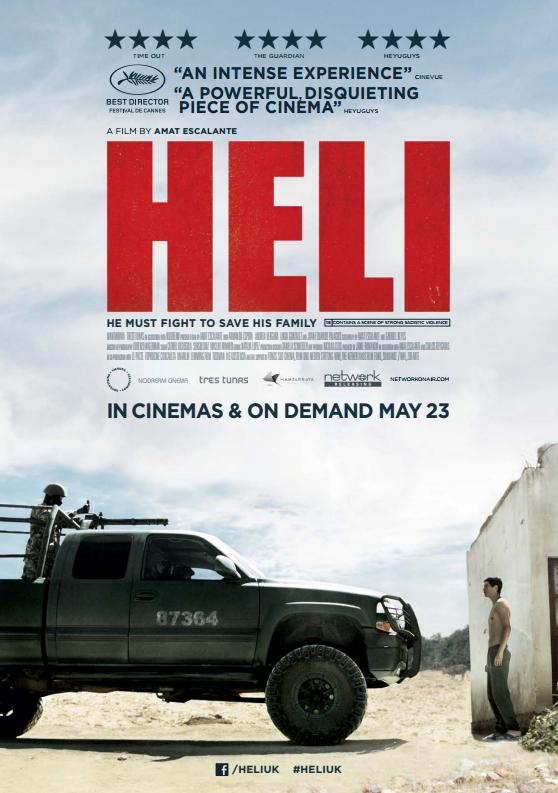 Arresting and unflinching are two words that come to mind when contemplating the raw power of Heli, the film directed by Amat Escalante that has elicited controversy since its release on the first day of Cannes Film Festival last year. At Cannes, Escalante was awarded Best Director for this film – and with such unforgettable long takes and gritty realism, it’s easy to see why. 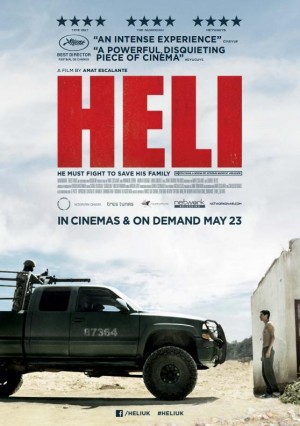 Opening with a stark shot of a badly beaten body and a corpse tossed into the boot of a vehicle, the camera pans upwards in one unbroken shot to offer the audience a view from the windscreen – for we have the privilege of being able to look away, and isn’t it a beautiful landscape out there? This brutality, seen here as an aftermath but witnessed throughout the film in action (“what did this one do?” a young boy asks casually as he whacks a man strung from the ceiling) is almost pornographic, it’s so in your face. However, the bored long-shots and the surprisingly comforting handheld sequences throughout the film give the brutality an air of everyday, which it in itself more chilling than a gratuitous shoot-em-up.

Heli takes its name from a young boy raising a baby with his teenage wife and living in the same house as his 13-year-old sister Estela and their father. Estela takes the focus for most of the first half of Heli as her older military boyfriend, Beto, uses their home to hide cocain, which is thrown away when Heli discovers it. It’s too late for that, however: the underworld that runs smoothly alongside Estela’s (where she clings to her virtue and dreams of marrying Beto) crashes sharply into their lives – facilitated partly by some corrupt police in liaison with the drug cartel that next almost kills Beto, succeeds with the father, kidnaps Estela and leaves Heli a wreck.

The film is not without hope. The final scene rivals the opening sequence in power, but with life and hope as opposed to death and despair. A heavily pregnant Estela returned to the family home holding her nephew sits by a window fluttering in the breeze – the unsaid, and the lack of any conclusion to the atrocities makes a more powerful impact than any neatly tied bow ever could. Strikingly powerful, shockingly real, and not something to be forgotten.

Watch the trailer for Heli here: