Ralph Steadman: For No Good Reason at White Space 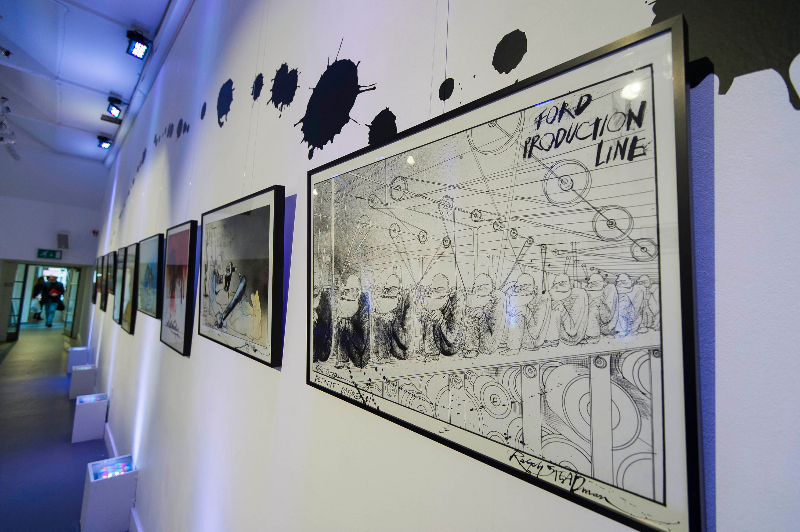 Ralph Steadman’s illustrations are a far cry from the comic book cartoons they may at first appear to be. Loaded with social and political ammunition, the latest exhibition of his work is a worthy showcase of the energy, anger and venom with which he draws. Steadman (1936-) is a man who admittedly never saw art in his future. As a young boy, all he wanted was to build model aeroplanes and always assumed he would become an engineer. After realising, however, that factory life was not for him, his drawings soon paved the way to a very different career. After meeting American author Hunter S Thompson, Steadman’s art truly flourished. Using Picasso as his biggest influence, he re-defined “social” art through his Gonzo (“unhinged”) style, for which he is now most famous. In Steadman’s own words, his art has become about “unhinging and becoming the story, rather than covering it”.

This exhibition gives even the most unfamiliar of students a clear snapshot of Steadman’s world. It serves as the backdrop to the upcoming film For No Good Reason, featuring Johnny Depp, which is the result of a 15-year effort to explore Steadman’s work as part of Sky Atlantic’s new strand of documentary films. Framed by the film’s retrospective tone, the exhibition includes even the earliest of his work, allowing Steadman’s audience to travel with him on his journey as an artist.

From his very first photographs of passers-by in New York City, to the free-form materials he used in the period after Hunter’s suicide, to the sharp, focused political drawings he creates today, his transition and growth is made plain. Spread out over the venue’s blank canvas, his paintings most certainly leave the viewer angered by what they see, but behind each of them is a message for change, promoting the use of ink over blood. Steadman uses his art as a weapon for good: let us learn to do the same.

Ralph Steadman: For No Good Reason is at White Space until 4th June 2014, for further information or to book visit here.

Steadman’s film For No Good Reason launches on 4th June at 9pm as part of  Sky Atlantic Documentary Films. 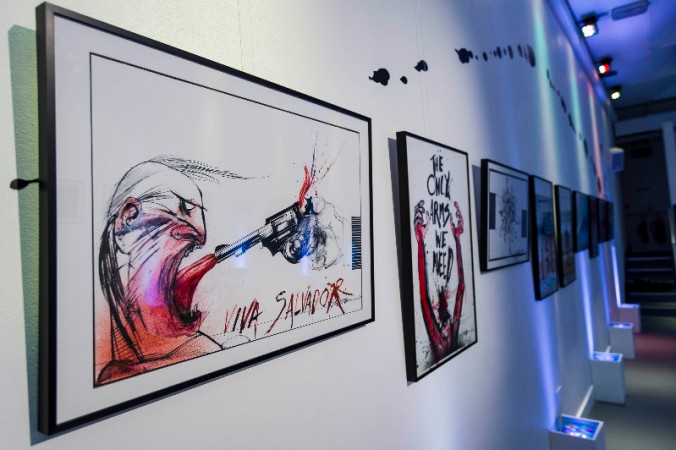 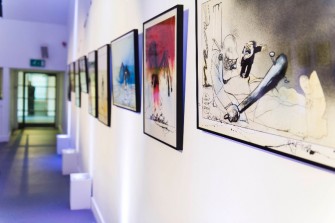 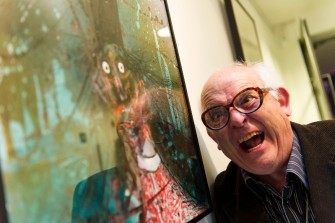 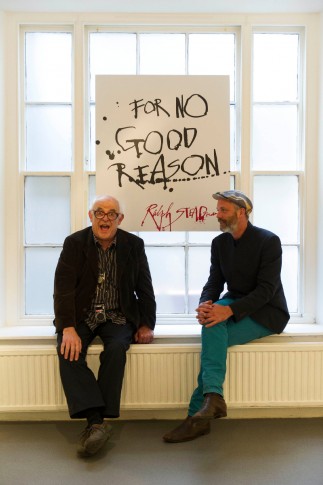 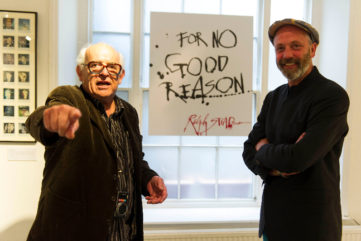 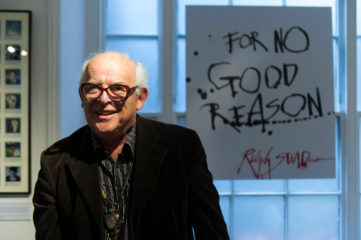 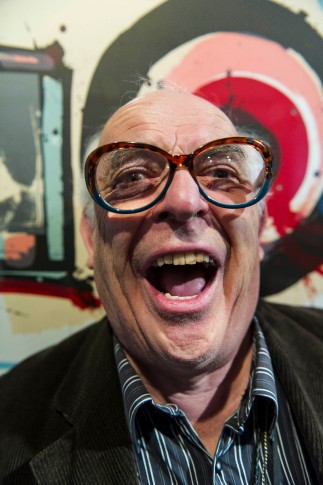 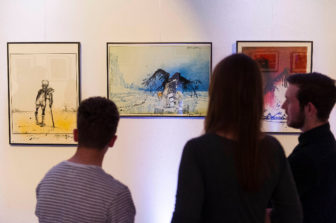 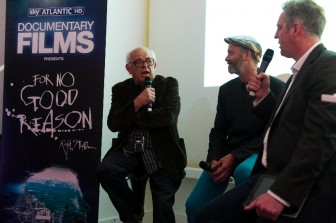 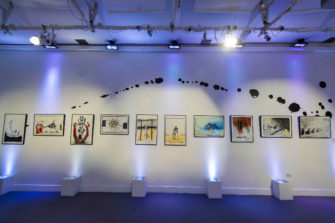 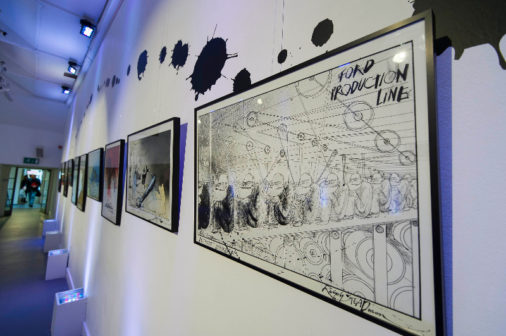 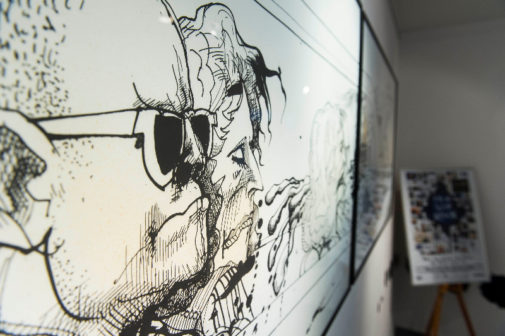