The Dandy Warhols at the O2 Brooklyn Bowl 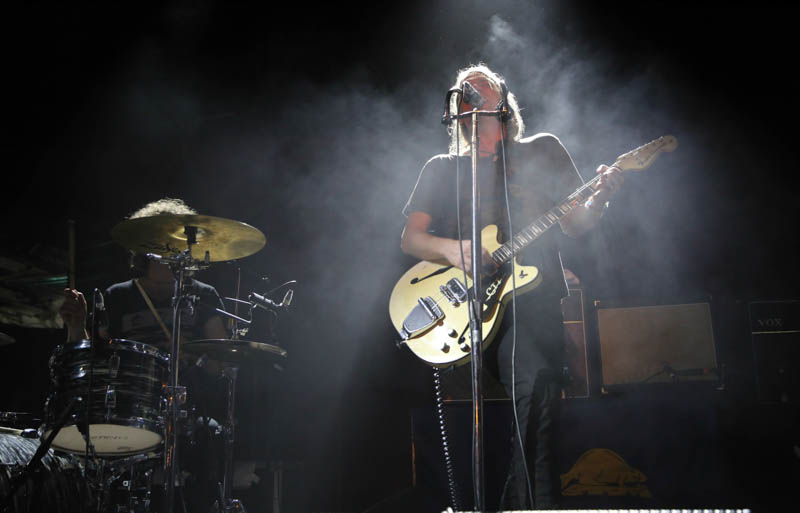 The Dandy Warhols at the O2 Brooklyn Bowl | Live review

It’s hard to remember a time before ironic beards and fixed-gear bikes, but the hipster subculture perhaps only truly took hold in 2001, when an advert for a mobile phone network propelled The Dandy Warhols and their ode to the achingly-hip Bohemian Like You to notoriety. On Friday a sold-out crowd gathered at the first of two nights at the O2’s Brooklyn Bowl to see if the kings of bohemia can still hit a strike.

Brooklyn Bowl is a cavernous space, and sound scatters confusingly from a stage well left of centre. Jagged gothic rhythms left by solid support act Dark Horses echo as The Dandys are welcomed enthusiastically to stage. A hazy electro-stomp builds to a crowd-pleasing opening with We Used to Be Friends followed by the beastly bravado of Not If You Were the Last Junkie on Earth.

Frontman Courtney Taylor-Taylor has a knack for the anthemic, and even during a middle section featuring some undeniably weaker album fodder, there remains a unifying quality to his lyrics and stage presence. By introducing stand-out You Were the Last High thus: “Some people say this is the best song I’ve written, though not everyone agrees. I think that’s a good sign”, he alludes to the fact that the Dandys have seemed uncomfortable with fame, and with the populist perception of their sound (2009 album The Dandy Warhols Are Sound was a totally re-mixed version of 2003’s Welcome to the Monkey House).

Now though, they have settled happily on a largely lo-fi psychedelia most often formed around Zia McCabe’s keyboards, and enriched with the virtuosic lead guitar of Peter Holstrom. At times the lo-fi goes very lo. Well They’re Gone sees Taylor-Taylor’s vocal backed sparsely by McCabe on melodica and Holstrom taking a bow to his six-string. Even pared back in this fashion, there is a disarmingly confident swagger to the performance, as befits a band who have been playing together for over 20 years. Three songs from Thirteen Tales from Urban Bohemia – the epoch-defining Bohemian Like You, Get Off, and Godless – see the set close with the crowd in full-blown indie disco mode.

There’s no encore, both band and crowd seeming to feel they’re too cool for such cliché, but McCabe is left alone to lead the crowd in a mini rave finale of twitchy dub beats. “See you tomorrow!”, she exclaims as she bounds off. It’s a date.

For further information about The Dandy Warhols and future events visit here. 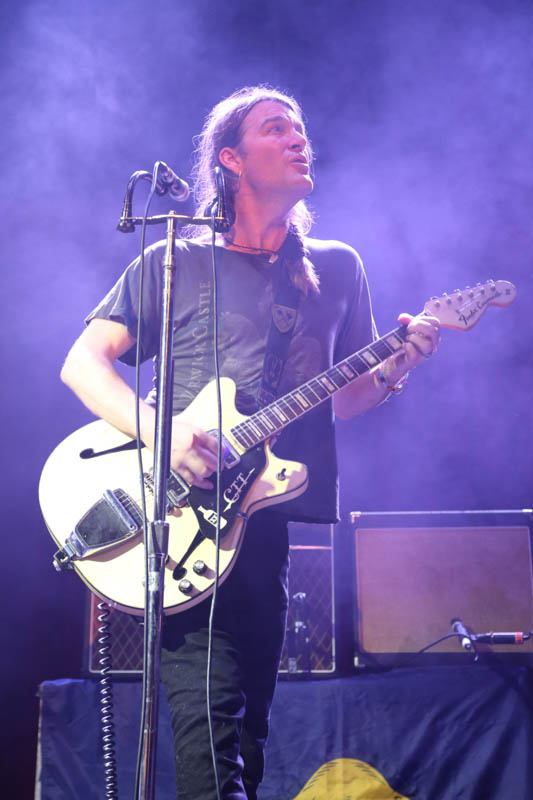 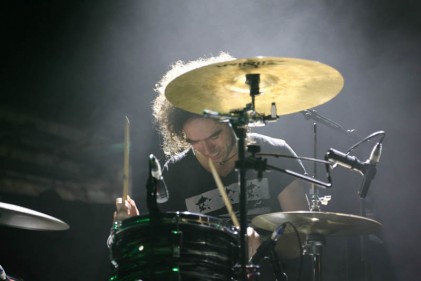 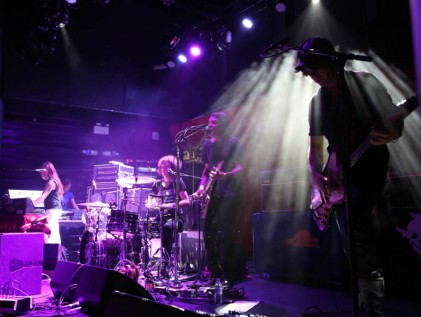 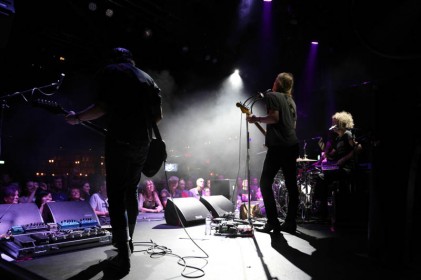 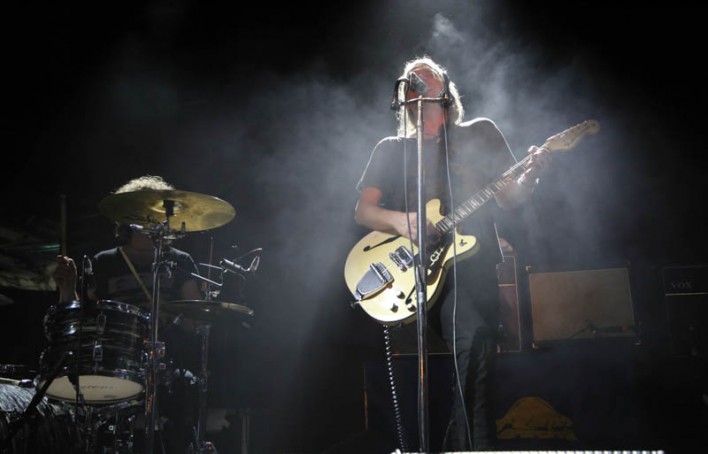 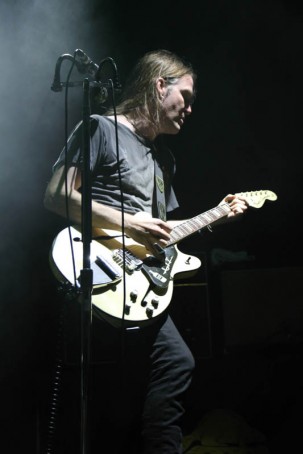 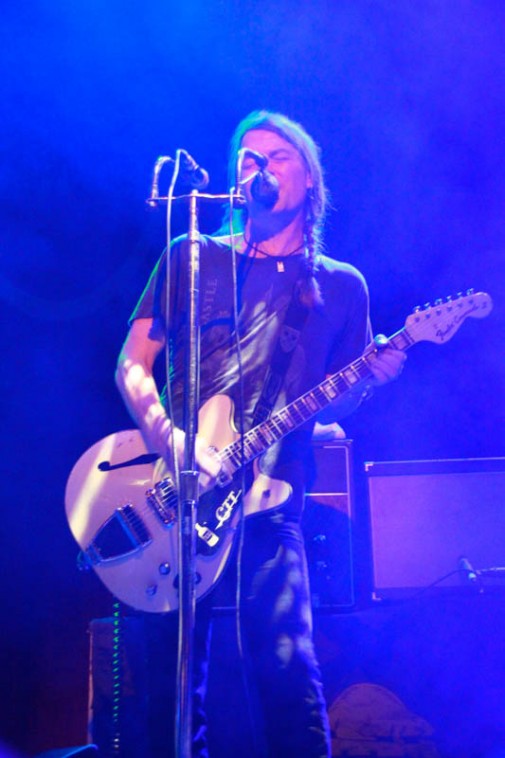 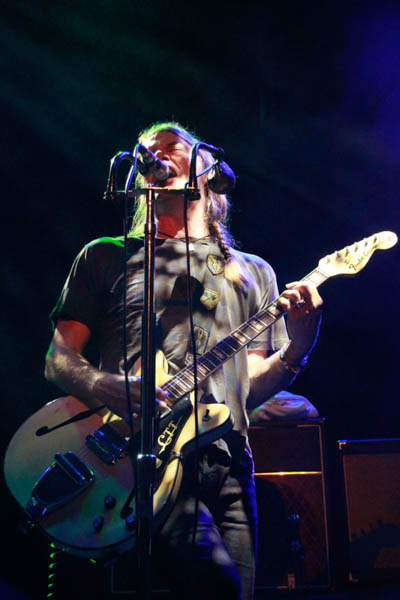 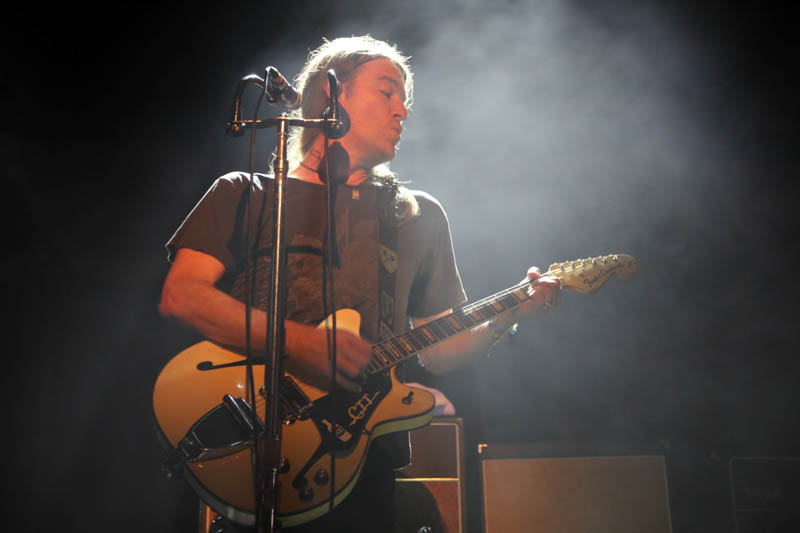 Watch the video for You Were the Last High here: