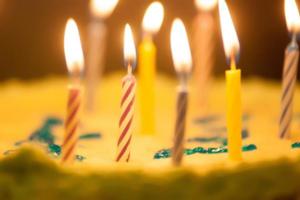 17 at the Finborough | Theatre review

Scott’s whole world is overturned when his mum dies. So are the worlds of Lisa, Daniel and Leo, the family who take him in. Scott doesn’t seem to want to fit into their lives at all, and to further stir the simmering pot of tensions, his mum’s ashes have been missing for a while. It’s a story about the grieving process and fractious relationships told by Liverpudlian playwright Dameon Garnett, whose 2005 play Break Away was a Time Out Critics’ Choice. His scenes unravel a tragic past, little clues preceding great revelations. The in-the-round staging and mere 50 seats lend the play an intimacy that is not fully lived up to by the script – which is a little lacking in sensitivity – and the characters, who struggle at times to rise above their stereotypes: that of the fussy mother hen, the angsty teenager. Scott’s relationships with each of the others are explored but a lack of real chemistry dampens the impact of their changing dynamics. There’s a peppering of humour, alongside a dark subtext woven through the decidedly domestic scenes.

The malleable set isn’t as simple as probably intended. Four cabinets are dissembled and reassembled by the cast between scenes, morphing from kitchen island into bunk bed. In such a tiny space it is clunky and cumbersome. With no wings to speak of, the actors remain onstage throughout, meaning that some of the scene blocking overlaps. The aim, no doubt, is to create juxtaposition but the choreography is unpolished and the effect messy, with characters who aren’t in a particular scene appearing to be intruding upon it accidentally.

Some more successful elements of the set are the naturalistic details: the light-up fridge interior and the real risotto meals. Scene changes are punctuated by the harsh bulb shining centrally down like the stark spotlight of an interrogation room while the deafening hum of the microwave heralds overbearing domesticity.

Ryan Blackburn is brooding, volatile and very Scouse as Scott. His naive optimism in speaking of getting to Spain, as yearningly as the Three Sisters speak of Moscow, is heartbreaking.  Catherine Harvey’s Lisa has a desperate energy. Her explosive rant in one of the final scenes brings a welcome change of pace to the play. All four actors bring to life the themes of class, grief, disappointment and duty in a way that is engaging and certainly worth a watch.

17 is on at Finborough Theatre until 29th July 2014, for further information or to book visit here.

Oscar and the Wolf at Birthdays | Live review
Dodos, book swapping and what we’ve lost: An interview with author Steve Stack