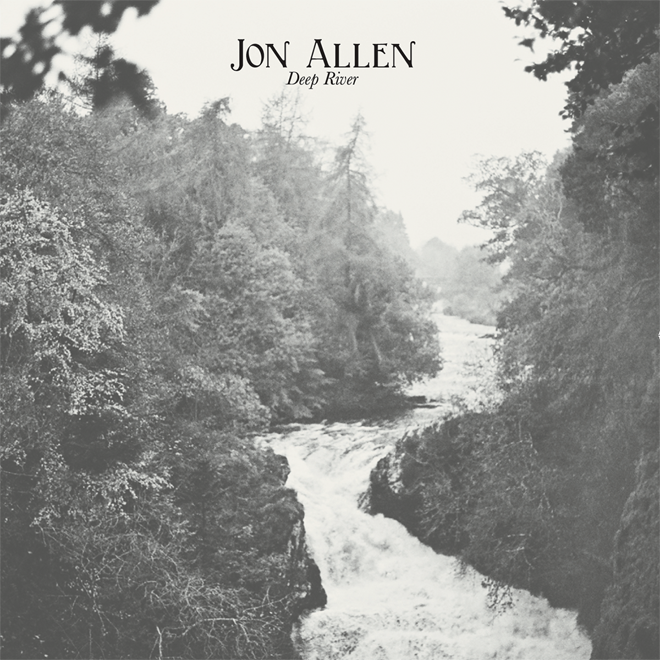 All the Money's Gone, Joanna

London-based singer-songwriter Jon Allen is relentlessly compared to other artists, predominantly the folk masters of the 60s and 70s. These comparisons never fail to be complimentary, and there is no denying that he’s a talented musician and haunting vocalist, now releasing Deep River, his third technically brilliant album to date.

However, even leaving to one side the sensation of déjà vu one has on listening to Allen’s music, the songs themselves seem to follow a definite pre-set structure. With the exception of a couple of tracks, intricate guitar melodies are his standard opener, to be repeated ad nauseam until the strings resonate a few minutes in and fade to silence. Cue rinse and repeat with a different series of notes. One exception of this trend is the rock-reminiscent All the Money’s Gone, carried along by a jaunty guitar riff and (a rare thing in this album) some instruments that aren’t a guitar to break up the intimate twosome dominant throughout. This really is a great song – the familiar, distinctively hoarse voice is stretched beyond a croon and it’s energetic without being busy.

Joanna is another one that stands out for similar reasons; it’s taken a little more raw and back to basics, but sounds like a fully formed song. A lot of the tracks blend into the album as a whole, and could almost be mistaken for an uncut disc of pensive, midnight jamming with too little energy to stretch beyond taking inspiration from pre-existing songs and playing patterns that worked once: why the hell not stick with what works?

Despite this, Deep River is not by any means a bad album. Hummingbird Blues shows Allen at his absolute best, the beautiful five-finger picked melody is hypnotically beautiful. And is there necessarily any real need to develop much as an artist when he’s got his formula and sound down so well? There are no surprises on this record, but it’s a lovely, free-flowing series of tracks that display Allen’s strengths and skill without any wrong footing or mistakes. Take no risks, stick to what you know, and you can certainly still make a good album. Deep River proves this.

Deep River was released in the UK on 8th July 2014, to order the album, visit here.

Watch a live performance of Night and Day here:

All the Money's Gone, Joanna