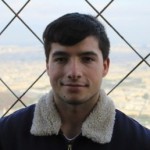 An average Briton now spends more time facing or using a technology screen than they do asleep, according to a new report released by Ofcom today.

The study showed people now spend more time using smartphones, tablets, watching television and listening to the radio because of easy access and availability to broadband in homes or on the move in public places.

Experts deem being able to connect to the web whilst on the move is one of the contributing factors for the rise of technology consumption. Numbers show an increased use of smartphones, which are now owned by 61% of people and rise in the use of tablet computers over desktops, with more than four in ten households now owning a tablet compared to a quarter last year.

The research found on average a person often multitasks when consuming technology. People make phone calls and surf the web at the same time as they watch television or listen to the radio, so the total volume of 11 hours and 7 minutes is squeezed into 8 hours and 41 minutes, still 20 minutes higher compared with the average night’s sleep of 8 hours and 21 minutes for an average British adult.

Analysing the data collected from nearly 2,000 adults and 800 children it was revealed that people reach a peak of digital understanding at the age of 14-15 years and children at the age of six show the same knowledge of new technology as the average 45-year-old.

Ofcom chief executive Ed Richards said: “Our research shows that a millennium generation is shaping communications habits for the future. While children and teenagers are the most digitally savvy, all age groups are benefiting from new technology.”

However, some researchers believe the recent study reflects an excessive use of technology that disrupts normal life.

Commenting on today’s report a social media psychologist Dr Arthur Cassidy said: “We are now saturated with digital technology and people are becoming psychologically dependent on their smartphones and technology.”

Dr Cassidy linked the Ofcom findings to internet and social media addiction among young people and the associated problems such as lack of attention, focus and quality of sleep.