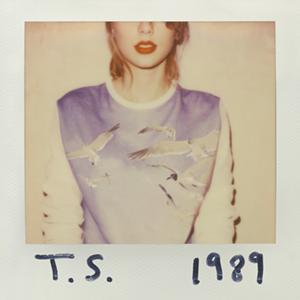 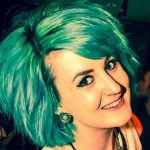 , Out of The Woods, I Know Places, Blank Space

If you’ve never found yourself enjoying a Taylor Swift song even a little bit, you’re a rare breed. Swift’s global fame, seven Grammy awards and two of her albums selling over two million copies in their opening weeks speak for themselves. She has an appeal almost unmatched by anyone else in their early 20s, and is on a seemingly unstoppable journey of success. 1989 is her fifth album overall and the first to be officially labelled as “pop”. It’s easy to hear the 80s synth influences Swift has cited as being a major part of her inspiration; it’s like none of her music before, but is also instantly recognisable.

1989 has the unique Swift blend of honesty and humour that you’d expect, but it’s very much the next stage in the evolution of her music – it’s wonderfully new, but also familiar and timeless. Tracks such as Blank Space and Shake It Off give a light hearted look at her public image and how she’s perceived, while I Know Places showcases the darker side of living in the spotlight. Style feels like taking a fast midnight drive through a city and has one of the catchiest hooks of the entire album, and Clean, This Love and Bad Blood show off just how well Swift can write about relationships. A lot of the media attention surrounding her music concerns itself with trying to match up a song to one of her romantic partners, but the compelling quality of the music on 1989 makes it hard to bother wondering who or what each track is about. It’s best to just sit back and enjoy the music. The songs are all as catchy as ever and the lyrics are consistently some of the most beautifully formed lines you’ll have heard in a while – every song on this album could be a hit.

More than anything, 1989 leaves you with the sense that Swift is so much smarter than she openly advertises. She knows exactly how the music industry works and has hollowed out a space for her very own genre of music, with this album just further showing off her admirable ability to excel. She’s been both applauded and criticised for writing about her own life in her music since the start of her career – but why would she ever stop when she does it so well?

1989 is released on 27th October 2014, for further information or to order the album visit here.

Watch the video for Shake It Off here:

, Out of The Woods, I Know Places, Blank Space

BluesFest 2014 at the Royal Albert Hall: day one with Ben Poole, Mike Sanchez, Dan Owen and many more
The Coral – The Curse of Love | Album review