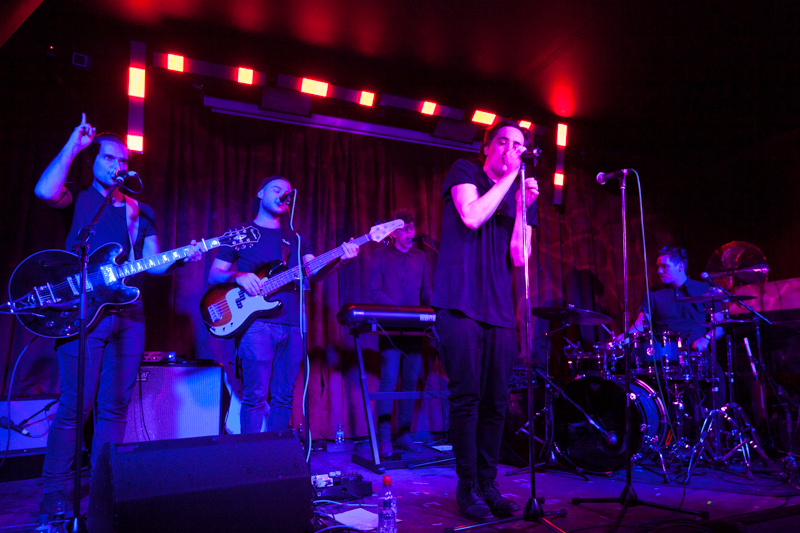 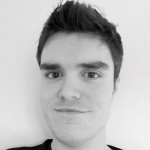 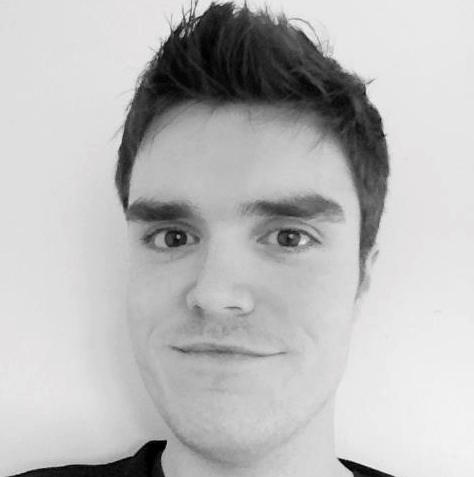 News, Shut Us Down

Playing his final gig of the year at Hoxton Square Bar & Kitchen, 25-year-old Londoner Freddie Dickson looks every inch the next star-in-waiting. He has just started recording his debut album, released two critically-acclaimed EPs (2013’s Shut Us Down and Columbia Records release News) and even had a song featured on an advert for Sky. Many have marked Dickson out as one to watch and, based on tonight’s performance, the hype is justified. 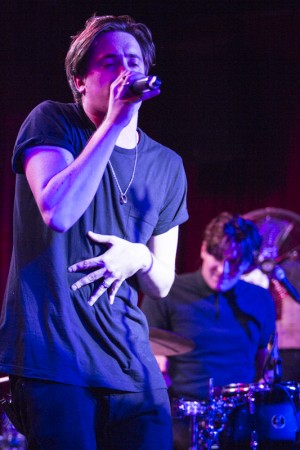 Performing to a modestly-sized room that’s only two-thirds full, Dickson and his excellent band The Guard run through a brisk 45-minute set, which is mainly comprised of songs from his two EPs. Stripped of production, the songs are much louder and more energetic than their recorded counterparts, giving Dickson an equally melodic but rougher, less ethereal sound. The audience is clearly enjoying the experience, bopping along to standout track News and swaying to the harmonies of You Know How and Shut Us Down. It must be said, though: the energy in the room isn’t exactly electric, and at times it feels like Dickson would benefit from a much larger crowd. His soulful vocals seem well-suited to reverberating around big theatres.

Due to similarities in their styles, comparisons to Lana Del Rey are understandable, but they’re also misleading. Although they both create brooding, atmospheric pop music, Del Rey is all artifice and façade, using her persona to hold the audience at arm’s length, whereas Dickson wears his heart very firmly on his sleeve. Midway through set-opener All Means Something, he stoops over the microphone and clutches his belly as if he’s summoning physically painful melodies from the pit of his stomach. It’s characteristic of how he commands the stage as a whole – inviting the audience to watch rather than demanding their attention, using his hands to accentuate his emotive lyrics rather than punching the air.

Dickson will only get better as a songwriter and performer, and his dark pop music of frustration, longing and heartbreak looks set to gain him legions of new fans with the release of his debut album in 2015. 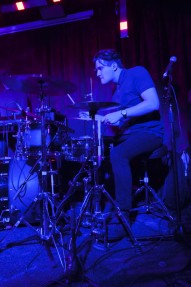 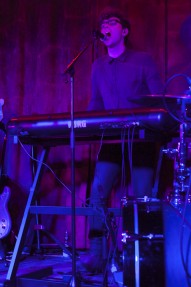 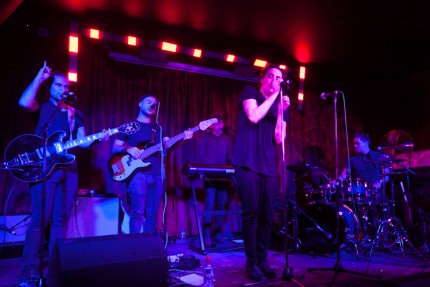 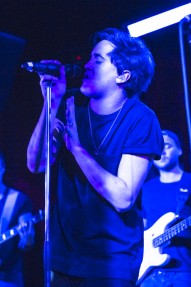 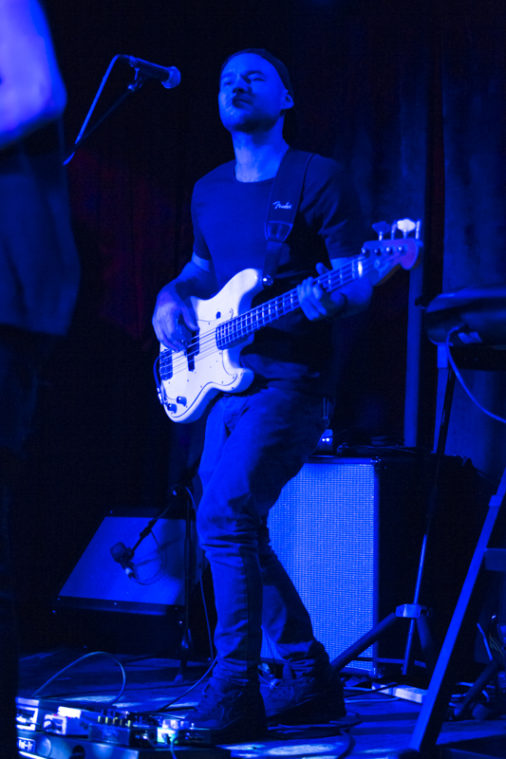 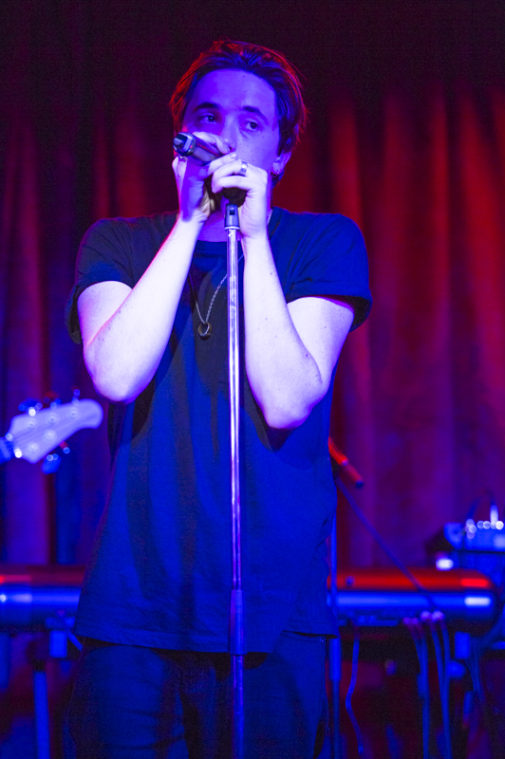 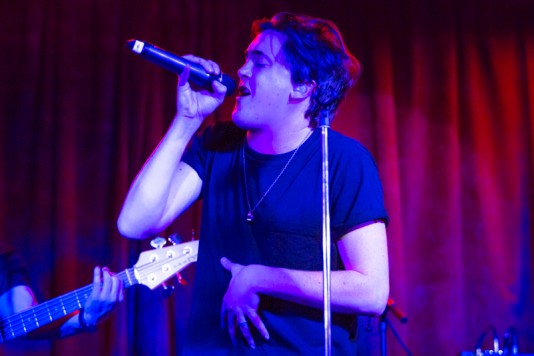 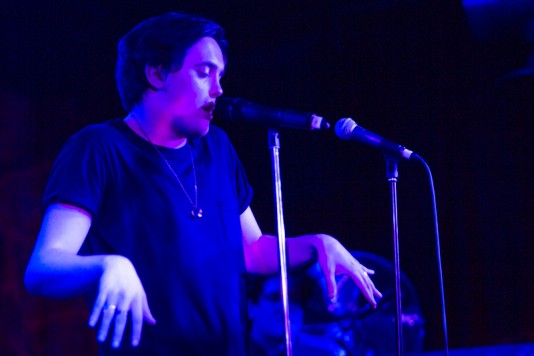 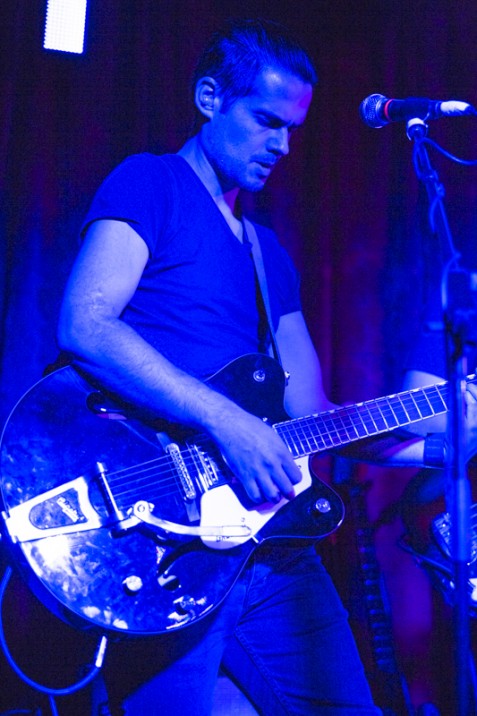 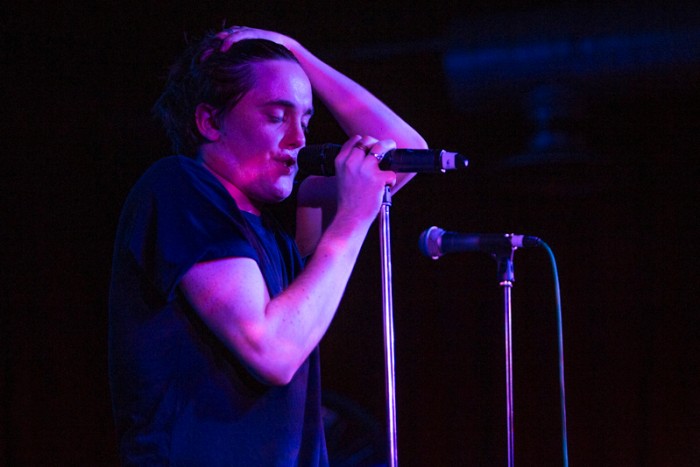 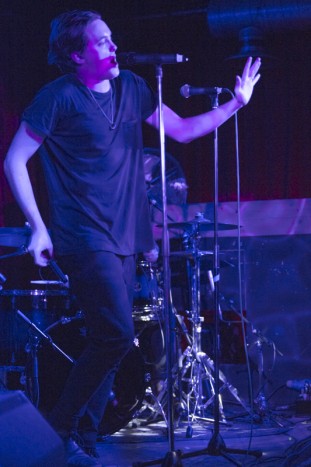 Watch the video for News here:

News, Shut Us Down