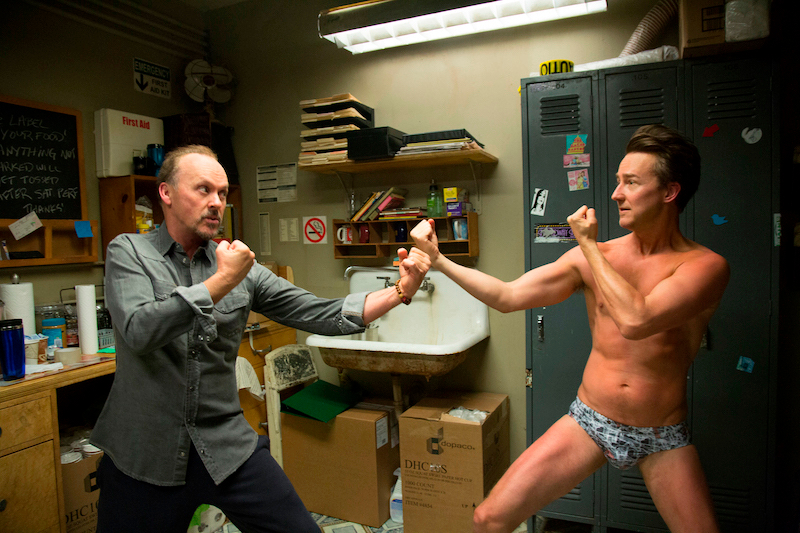 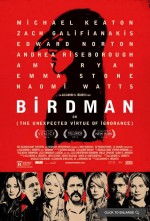 Once a symbol of the cinema of the 90s, Keaton’s disappearance from the Hollywood scene, and his recent acting resurgence, intentionally resemble the path of Riggan Thomson (Michael Keaton), an actor who became a star with the role of superhero Birdman (exactly like Keaton did as Batman). Riggan now tries to direct, adapt and interpret an ambitious Broadway play to prove his creative talent.

The movie follows the 48 hours in preparation for the show, right inside the theatre’s backstage rooms and corridors; it’s technically impressive, presented as a single long take – the director of photography is Emmanuel Lubezki who worked on Gravity with Alfonso Cuarón – thanks to some CGI tricks that make it look authentic. Hand-held from the beginning to the end, the narration’s pace is supported by a drum score that gives rhythm to every scene.

Norton, Watts and Keaton make a phenomenal team, spitting out quick, nervous lines and exemplifying the bizarre behaviour of eccentric but insecure actors. It’s all smart and entertaining – for the first hour. Then the music gets more classical all of a sudden, and the presence of Norton and Watts fades out like the sharp dialogue.

Although the technique is impeccable, it’s not very elegant. We could compare Birdman’s hand-held long shots to those of Black Swan (winner in Venice in 2008) but it wouldn’t be too different from comparing the work of a contemporary in-vogue artist to Michelangelo. The script initially flows perfectly, like David Mamet’s State and Main, but it lacks that grace and sensitivity.

Birdman entertains with intelligence and great performances, but do expect a couple of yawns before the end credits.

Watch the trailer for Birdman here:

Four books that mysteriously haven’t been made into movies yet
Fascinating Aida: Charm Offensive at the Queen Elizabeth Hall | Theatre review