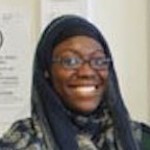 Men-only classes are being piloted to tackle the worsening single-parent family crisis emerging throughout the UK.

The areas most affected by such family breakdowns include London, Cheshire and Eastern England.

According to statistics, a million children are currently in single-parent homes. It has also been found that children are more likely to have a smartphone than a father at home.

A think tank founded by Iain Duncan Smith has predicted that by the year 2020, half of family homes will be headed by single-parent families.

Although Smith praises the work of single parents, he also recognises that divorce can have a detrimental impact on a child’s health and wellbeing, from diet to study habits.

Important topics to be covered in the men-only sessions will include the impact of having a baby on their relationship with their partner, recognising red flags in the relationship, and where they can go to for further support.

The scheme will be designed by the same organisations that develop antenatal classes. The Department for Work and Pensions has assured that the material to support men will not be “mother-centric”.