The Decemberists – What a Terrible World, What a Beautiful World 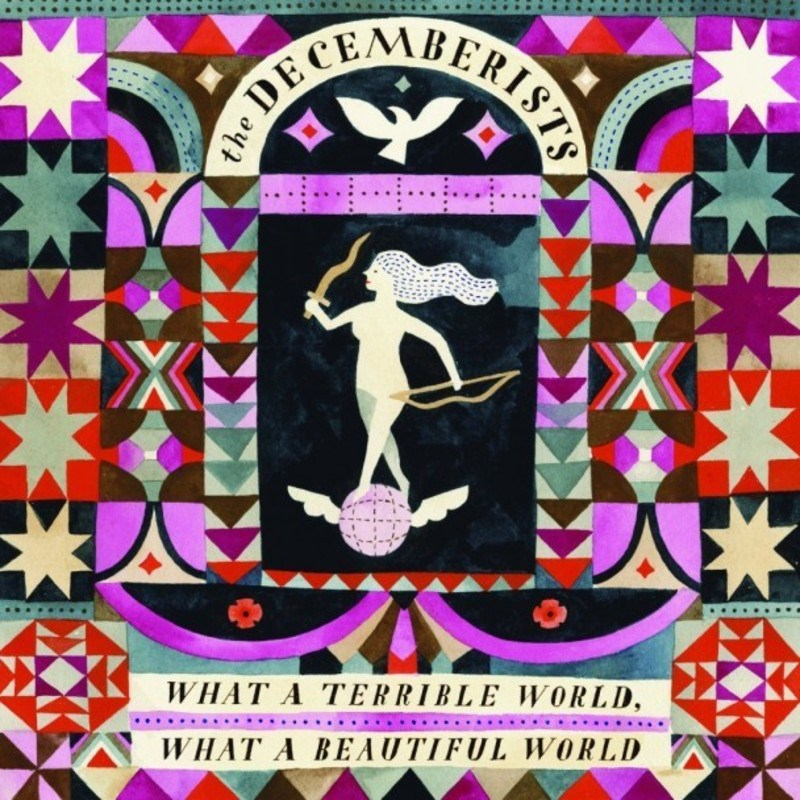 The Decemberists – What a Terrible World, What a Beautiful World | Album review

What a Terrible World, What a Beautiful World

The Decemberists have been greatly missed during the four years since the release of The King Is Dead. It was the Portland, Oregon indie-folk darlings’ last long player, which debuted at number one on the US Billboard chart and garnered a Grammy nomination for lead single Down By the Water. As if to deal with their considerable absence head on, What a Terrible World, What a Beautiful World opens with The Singer Addresses His Audience: a yearning love letter to the fan base as a romantic partner, reflecting on the conflicting desires to grow as a band and to remain a consistent embodiment of what won them their acolytes in the first place. “But we had to change some, you know, to belong to you”: this disarmingly frank approach, coupled with a rousing sing-along chorus, marks a track destined for live set showcasing. It’s a perfect first note for an album that represents an evolution for a band that has returned flexing its muscles at the top of its game.

Musically, there is a fuller, more exultant sound in evidence on much of What a Terrible World. Classically The Decemberists in name only, Cavalry Captain rattles along, built around a full orchestra hook reminiscent of The Wedding Present or REM in their late-80s pomp. Elsewhere, there are shades of the stadium-filling alt country of The Band or Cosby, Stills, Nash & Young in evidence on Anti-Summer Song and Mistral, replete with gospel choir backing vocals and slide-guitar solo.

Frontman Colin Meloy’s lyrics have been maligned in some quarters for a tendency toward olde worlde renaissance tweeness. Perhaps bringing to bear the additional maturity that comes with becoming a father for the second time (see blustery barn dance Better Not Wake the Baby), What a Terrible World sees Meloy tapping a new vein of authentic present-day subject matter. The effect is genuine emotional weight, most obvious on ballads such as Carolina Low and 12-17-12, which Meloy wrote after watching President Obama address his country in the wake of the Newtown school shootings. The album’s title is taken from the lyrics of the latter, an achingly beautiful reflection on how the darkness in the world at large threatens the joy of family.

Cut through as always with the heartbreaking clarity of Meloy’s outstanding voice, there’s profound sincerity and vitality to be found in every verse on this marvel of an album.

What a Terrible World, What a Beautiful World is released on 20th January 2015, for further information or to order the album visit here.

Watch the video for Make You Better here:

Related Itemsalbumreviewwhat a terrible world what a beautiful world

What a Terrible World, What a Beautiful World