Get ready for Game of Thrones season five 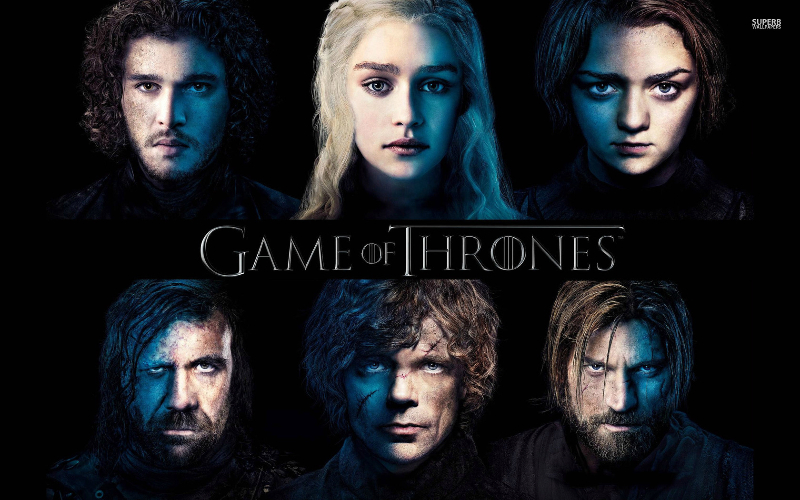 Get ready for Game of Thrones season five

Game of Thrones is currently one of the most-watched television shows, keeping viewers hooked since it first aired in 2011. Based on a set of novels written by George R R Martin, fans tune in to watch the lives of the characters unfold in some of the most exciting storylines of all time.

Whether you love the books or the TV show, would you consider yourself to be a die-hard fan of the show? What do you know about Boltons and Baratheons? Do you know who rules the Wildlings?

The internet is home to many websites and blogs that have been set up by steadfast fans of the hit show, but do you think your knowledge of Game of Thrones is good enough to tackle the devotees?

In true Game of Thrones style, season four ended in spectacular fashion with many of the show’s main characters finding themselves in a precarious situation. Did Arya get on the ship bound for Braavos after leaving the Hound for dead and what will happen in the wake of Tywin and Shae’s deaths?

Let’s take a look back at three of the main characters from season four:

In season four, we saw the usually fun and witty Tyrion evolve as he grew angry with his family after being accused of poisoning his nephew King Joffery. He also found himself vulnerable, as his former love Shae betrayed him in court, but we watched as he strangle her to death after finding the former prostitute in bed with his father, whom he also kills with a crossbow. Will this jealous fit of rage transform Tyrion from the care-free character we all know and love, into a darker state of mind? Did he manage to escape on the ship with Lord Varys and will his guilt over the double murder consume him?

Jon Snow continued his path into manhood in season four as we saw him defend the Wall against the Wildlings. In the final episodes we watched as Jon held a dying Ygritte in his arms, before nobly burying his love in the woods. Jon also protects Mance from being killed by Stannis but will he regret this choice and just what has Melisandre got planned for him?

After refusing to marry Loras Tyrell due to her love for her twin brother Jaime, Cersei tells her father Tywin of the incestuous affair between herself and her brother. Her priority is to try and protect her son, and the new King, Tommen, especially with Margery Tyrell attempting to seduce the young boy. But she also wants to see Tyrion suffer, after she is convinced he murdered Joffrey. So how will she react when she finds out that her younger brother Tyrion killed their father? Perhaps more importantly, how will Cersei deal with Jaime when she finds out that he helped Tyrion escape from his cell?

With season five just around the corner, all Game of Thrones fans are eagerly awaiting to see what path their favourite character will take. Who knows what the new season will bring, but you just know it is going to be the best to date.