Lippy: An interview with Bush Moukarzel 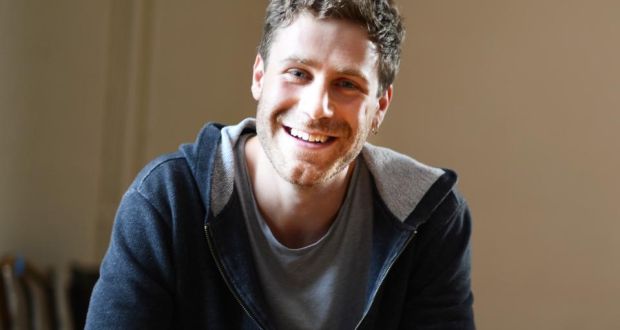 Lippy: An interview with Bush Moukarzel

Bush Moukarzel is artistic director, actor and playwright for theatre company Dead Centre. We caught up with him to discuss his award-winning play Lippy, which graces London’s Young Vic in February. Taken from a real news story detailing the way four women decided to take their own lives simultaneously by starvation, Lippy investigates the impulse behind storytelling.

Is it more important to tell stories that are derived from real life, rather than completely fabricated ones?

Not as a rule. But once you’ve gone to the real world how do you go back? I don’t think there is a “should”. No, I just mean you’ve got your work cut out to make fiction as remarkable as real life. There’s nothing stranger. Whatever you make up, it will only be a couple of weirdnesses short of the real world.

Was the girls’ suicide a big story when it broke and would an Irish audience automatically recognise it?

It was in national press and in the news. Some people say “I’ve never stopped thinking about that”; others think, “how did I never hear about that?” These stories emerge then disappear as quickly as they don’t have an anchor point in culture. It was widely covered but didn’t fit into society so people forgot about it.

I don’t know if it made a difference if people were familiar with the news story. It seemed to connect everywhere we took it and didn’t seem to have added resonance in Ireland. What makes theatre such a great medium for storytelling?

I wasn’t smart enough to make film! Theatre is a foolish choice, really. I’m not putting down the value of theatre and poetry. As a citizen I feel a fool making theatre but as a practitioner I feel connected. I feel a sense of what the medium is for and what is intrinsically theatrical. What can we talk about in a way that is untranslatable to any other medium? What is impossible for journalism to achieve in terms of this story? Journalism is explanatory or else it’s fact giving. It’s about meaning. Theatre is about taking meaning away, about “let’s just meditate without meaning”. That’s very Beckett; I feel connected to Beckett’s work. Theatre is a silly medium really. But it can deliver something.

Could you tell me about the ethical concerns of using a real news story as a springboard? Did the girls have family and do you think they’re aware of the play?

I made a decision that we weren’t doing a biopic of these women’s lives. If we were the research would have been contacting friends and trying to be faithful to their biographies but we decided early on that what we were trying to do was talk about the impact of this event on a culture. What does it mean to a society when a story that’s inexplicable occurs? How does a society react to that? So my area of research was all in the public domain. It wasn’t about the story as such but how it was reported. I looked at how the state pathologist talked about the autopsies, anything that had been made public. It wasn’t relevant or ethically required to contact family or friends. It just didn’t seem appropriate either. How to represent a life that is not yours: that is the point of the show.

Do you hope that the audience leave in a particular mood?

I always tend towards a downer. There is a big quote by Sarah Kane about making something beautiful out of despair – there’s nothing depressing in that. A good time is a good time; we don’t need to be concerned about it. The bits we need to help are the parts swallowed by nihilism. Art is always given a structure and a shape so as long as we can put a shape on despair; the very fact that it’s able to be articulated means we can deal with it. I don’t want to send people away feeling miserable, but I do want to bring them to the brink but also make them feel like going on.

What’s your process? Was Lippy devised or written?

It was mainly written. We try to make it look organic and odd in style but actually the whole thing is written, all planned rigorously including little details like the feedback on the mic. I worked with a lip-reader. That’s how I learnt the techniques and philosophy. I researched. Then I went away and wrote it. Lippy presents lip-reading as an unreliable storyteller. Were you influenced by the concept of the unreliable narrator most often seen in the novel?

That strategy was interesting to me but I don’t think there was a particular influence from a novel. I’m not so interested in an unreliable narrator who doesn’t have the facts but I like it when he’s unreliable because there was no way of knowing anyway, because there is no reliable position, just a series of unreliable options and you have to pick the most compelling. We liked that with lip-reading, you’re neither bad nor brilliant at it. A mouth can make two different shapes so lip reading is ambiguous. You have to make a choice.

Samuel Beckett. He’s my man. It’s a man narrating his life but he talks about his life like a stranger; the unreliability is right at the centre.

What do you think is the role of comedy in tragedy?

You make them comfortable with comedy and then hit them over the head with the story. We begin the play in a real way (with the pretend Q&A of a play the audience hasn’t seen). We address the audience directly. We get them on side. Hopefully it’s funny but I wouldn’t want to it as comedy. It was more that we wanted to catch people off-guard. There’s an air of novelty. You can really look at people very warmly, simply and directly and we’re all in this room together. Then you can distort things and there can be tonal shifts. It’s not so much about starting funny but starting with an atmosphere of direct address – a surprising start.

Have you been able to gauge any difference in reactions between the UK, European and US audiences?

People leave and they’re fairly bummed out. Then you read the reviews and learn that people enjoyed it. The temperatures of the reviews seem to carry in the same way. I wouldn’t want to take all the credit, though. The women’s story is what’s amazing.

Lippy is on at the Young Vic from 19th February until 14th March 2015, for further information or to book visit here.

Watch the trailer for Lippy here: