Baftas 2015: Boyhood and The Theory of Everything sweep the big prizes 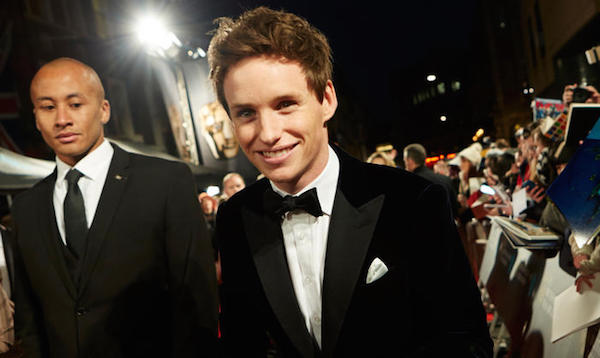 Baftas 2015: Boyhood and The Theory of Everything sweep the big prizes

The 68th British Academy Film Awards was a night of celebration for “utterly sensational work” in the beautiful setting of the Royal Opera House in London. The 2015 ceremony was an unsurprising one as familiar faces Eddie Redmayne, Julianne Moore, JK Simmons and Patricia Arquette continued to dominate the awards season. Host Stephen Fry kicked off the night by commiserating with the audience over the fact that he and George Clooney are now both off the market, making it a “tough year”. Fry compliments “professor Redmayne” for his performance in The Theory of Everything and the “breathtaking Benedict Cumberbatch” ala “red hot public school totty”. There is at least one embarrassing slip of the tongue at every awards ceremony (this we can depend on) and last night was no exception. The comedian confuses Patricia Arquette for her sister Rosanna in his opening monologue.

However, this didn’t seem to faze Arquette when she walked up on stage moments later to collect her BAFTA for best supporting actress in Boyhood. The coming-of-age drama, which was shot over 12 years, won best film cementing its place as a serious contender for Oscar votes. Richard Linklater also picks up best director with Ethan Hawke accepting on his behalf.

Eddie Redmayne beat Benedict Cumberbatch in the best actor category. He dedicated “the best night” of his life to three families: his own, his family on the film and the Hawkings’ “for their trust in us [Redmayne and Jones], their generosity and kindness”. The Theory of Everything was also recognised as the outstanding British film and won a third award for its adapted screenplay.

Julianne Moore, for her role in Still Alice as a woman struggling with early on-set Alzheimers, won best leading actress. She thanked the “beautiful cast” and “everybody in the Alzheimers community”, while JK Simmons won best supporting actor for the jazz drama Whiplash. The film also took home awards for editing and sound.

But it was Wes Anderson’s The Grand Budapest Hotel that stole the show by managing to rack up five awards including costume design, production design, makeup and original music. Anderson won his first BAFTA for original screenplay, beating Birdman and Nightcrawler.

The best speech of the night undoubtedly goes to director Mike Leigh’s eloquent acknowledgement of his prestigious BAFTA Fellowship. In an ironic tribute to those “boneheads, philistines and uninspired skinflints who said no”, in regards to his funding applications over the years, Leigh thanks them for keeping away. He finishes with a succinct “may you all rot in hell”.

The BAFTAs may not have delivered many surprises but it did leave an open field for Oscar speculation ahead of its ceremony two weeks from now.

For further information about the EE BAFTAs visit here.

Outstanding Debut by a British Writer, Director or Producer

Rubens and His Legacy: Van Dyck to Cézanne at the Royal Academy | Exhibition review
Questions and Dancers at the Lilian Baylis Studio | Dance review