Every Thing Will Be Fine: An interview with Rachel McAdams 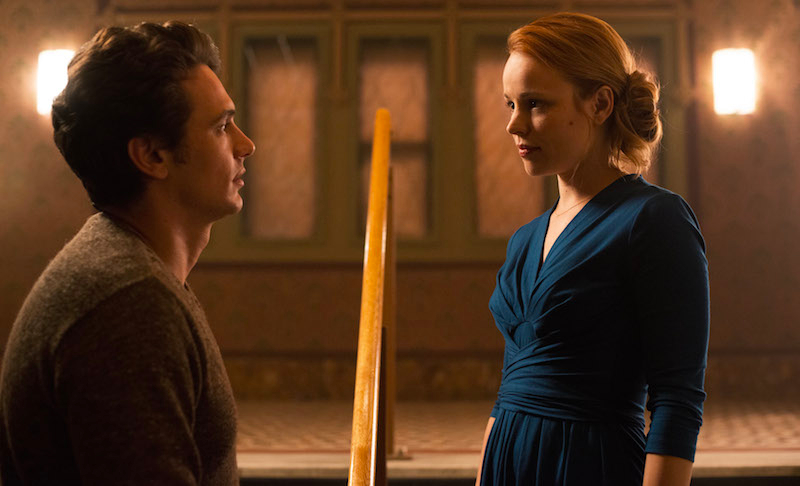 Every Thing Will Be Fine: An interview with Rachel McAdams

Every Thing Will Be Fine premiered at the Berlin Film Festival 2015, here’s an interview with Rachel McAdams.

What prompted you to accept the part of Sara?

I love Wim and I love his films and his sensibility. I think he makes art for art’s sake and that’s very hard to find sometimes. I was just really thrilled that he offered me the part and I thought it was a really interesting film.

How would you describe the character of Sara?

Sara is complicated and going through all kinds of stuff in her life, so there was lots to explore. We get to watch her develop over 12 years as a young woman struggling with this young man and trying to make this fairly tumultuous relationship work. How does she relate to him? How does she carry that relationship over the next 12 years? She has a great deal of love for Tomas and tries to keep him inspired as an artist, but also grounded as a lover and a partner. She is quite hurt and feels a little bit left behind by him, and that hurt is still – much to her surprise – just as strong when they meet each other randomly way down the road. They are a bit like moths to a flame and, no matter how much time passes, it doesn’t go away if you have that kind of connection. It’s sort of life long – it doesn’t mean you have to be with that person – but it’s always there.

Did you prepare yourself for this part in any special way?

Wim was very open to do a slight French Canadian accent which was great because it can inform the character so much. There’s a certain sensibility that comes with that. Without making any gross generalizations, what I love about French Canadians is that they are so open and that their hearts are really on their sleeves. It was a case of finding this balance with Sara being tender and treating Tomas gingerly because he is going through a lot, but also being honest and finding her own truth.

It was short, but sweet. I think that he’s such an immense talent and he is so soulful, he can do so much with so little, and he can say so much with his eyes and his being. I think Tomas is that way too, but, unlike Tomas, I think James has a real lightness. He is a lot of fun to work with because he takes everything in stride; he is very malleable, flexible and very generous. It was funny to see him inhabit this tortured person because he is so not that way, and it was great to watch him flipping in and out of character so easily. I wanted to work with him for a long time, so this was lovely.

What was special about working with Wim Wenders?

It was a real privilege, he was just a delightful person to be around and he gives actors a great deal of space and room. He is also such a visionary, he really has something in mind, and so you can lean on that. You can feel quite free to explore and know that he is guiding you all the way, but with a very gentle touch. Wim has such a unique voice in the film world, he is always very brave trying out new things like the new approach to 3D technology. I’m a big fan of his and that was just reinforced by getting to work with him.

Has it been different acting in front of a 3D camera?

It wasn’t unlike regular filming. The cameras were a little bit different and you can’t do a lot of movement, but this film doesn’t lend itself to that anyway. I appreciated that in a way because you came to the set and Wim would have done the choreography. I found that quite liberating because you could focus on the intense emotions that you are trying to go for. I have to admit I’ve never been a fan of 3D because I always found it takes me out of the film. But then I saw Pina, which changed my whole theory that you should only see dance live and never on a flat screen. The film showed that 3D can be quite magical, that it can really suck you in and just enhance everything. I am very curious to see the scenes that are described as having this heightened reality through 3D. I just loved those scenes when I read them; I couldn’t quite put my finger on why, but it seemed really magical, mythical and very emotional.