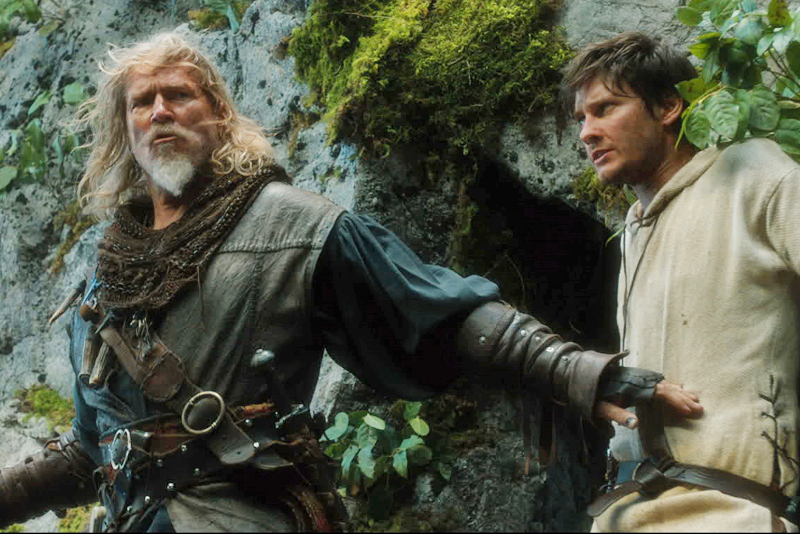 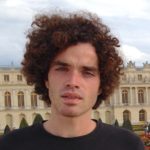 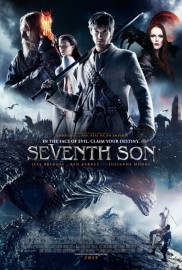 Flipping through the fantasy encyclopedia and picking out a number of juicy bits, the imagined world of Seventh Son is drawing on reliable formulas – the clash of hard stuck-in-time rural life with glimpses at some lurking supernatural force of evil that will threaten to make it all collapse. 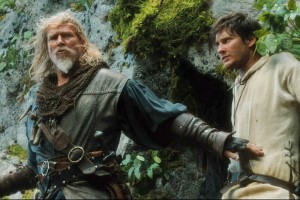 The cloudy, rocky sceneries with a modest peasant population, the taverns with fiddling background tunes and smell of unfiltered beer have an air of medieval nostalgia, and director Sergei Bodrov quickly sets up the necessary imagery to fulfill possibly preexisting expectations of the experienced troll- and witch-aware audience.

Thus, Seventh Son rushes through the orientation process and spends only little of its already compact running time on outlining the magical surroundings of local spook Gregory (Jeff Bridges) – slightly senile, yet powerful – who has been waiting for a worthy heir to his demanding post for quite a while. He is eager to hand over the responsibility of protecting the innocent country folk against otherworldly evils, particularly as these uncharted realms are about to be re-haunted by the reigning queen of witches Mother Malkin (“still” Julianne Moore), whose mighty dark forces Gregory only just managed to stifle in the past. Now, with only a week left until the blood moon will charge up the witch’s and her subordinates’ powers, time is running low and an overnight success is needed in appointing the right wing-man.

More of a handicraft-Gandalf, the old spook has lost one seventh son of a seventh son after the other, in his persistent, decade-lasting casting of the perfect apprentice. Finally, he puts his money on Tom (Ben Barnes) who has to prove his worth very quickly. Of course he is fulfilling his destiny, and we don’t mind taking customs and legends for granted where we could demand documentation.

Not all fantasy movies can be trilogies, so the stand-alone Seventh Son is forgiven for rushing to set the tone. There is good quality CGI and even some comic relief in Gregory’s ironic commentaries. The performances of the A-list cast show that they had some fun letting out their demons, and Jeff Bridges manages to mumble in yet another way.

That feeling when you’d rather order a quick shot, because the cocktail takes too long and costs too much? That’s when you want Seventh Son.