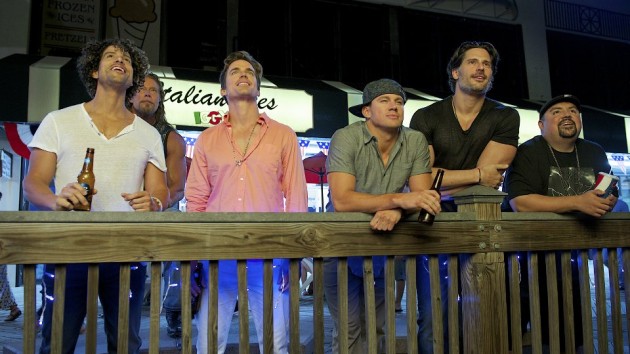 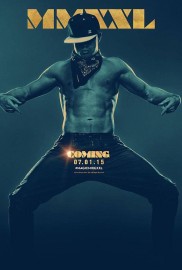 There are many reasons to make a sequel, a few of them are even quite convincing. Perhaps it was always intended as a series or the original just had so much scope that follow-ups were a must. Or perhaps, as with Kill Bill, the creators only made half a movie in the first instance. When the reason is something along the lines of “it will sell”, however, the resultant movie is rarely met with a great deal of critical acclaim, even if it does succeed in its goal. Magic Mike XXL is one such movie.

The original, when not busy with glossy strip club scenes, sought to deal with some of the pitfalls of the life of a male stripper. Unfortunately, what it delivered was a somewhat confused collection of partially developed and hastily dealt with ideas. Gregory Jacobs, who takes over direction from Steven Soderbergh this time around, makes none of the same mistakes. What he opts for instead is an almost total disregard for depth in favour of simply teeing up reasons to throw in a performance of some kind.

The plot, such as it is, sees Mike (Channing Tatum) reunited with most of the old gang as they embark on a whacky road trip to a stripper convention in an attempt to make it rain one last time. They all have their sequel-friendly reasons for doing so, but no one seems particularly interested in discussing them, so the opportunity to create any degree of conflict is routinely ignored. What the script does provide, however, is an hour or so of poorly written, paper-thin bro banter between the main characters. A few awkward bit-parts are thrown in, hopeful of creating something watchable between dance routines, but in this respect it fails almost entirely. The stunted conversations between Mike and love interest Zoe (Amber Heard) must surely take the prize for worst onscreen chemistry in recent years, and Andie McDowell’s southern cougar rendition as Nancy is gratingly bad. For some reason, the script also insists on telling women what they want to such an extent that it begins to beg the question: “who’s actually being objectified here?” On the positive side, the movie really isn’t trying to take itself too seriously, which does allow for some funny moments, but those are so infrequent that the vast majority of the run time drags on for what seems like an eternity. This is definitely one to avoid for anyone not simply seeking a cheap thrill.