The Gruffalo at the Lyric 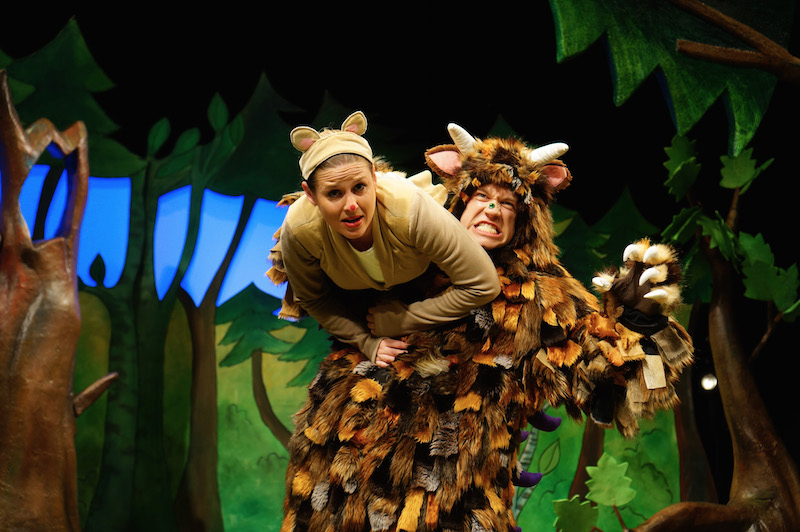 The Gruffalo at the Lyric | Theatre review

The queue for the Saturday matinee was long, and so wide it spread into the road to get past excited children in their summer hats and knapsacks. Despite some confusion from parents standing underneath a billboard of Michael Jackson’s Thriller, the kids were in no doubt, pointing and smiling at the eye-level poster. Many will be familiar with the story of the Gruffalo, and the characters Mouse, Fox, Owl and Snake. Most children will know them intimately. Originally a book by Julia Donaldson and Alex Scheffler, it tells the story of a mouse who, out in the forest one day, comes across a monster called a Gruffalo.

Mouse, played by Ellie Bell, was fantastic. She has a sweet, warm smile, dimples, and an engaging Mary Poppins-like demeanour, which the children warmed to instantly. Fox, Owl and Snake, played by Timothy Richey, were all deliciously eccentric, and the Gruffalo, played by Owen Guerin, was slow but animated, a gentle, likeable monster.

Inside the spacious theatre the children were enraptured throughout, as Mouse is asked to dinner first by Fox, then Owl and then Snake, and they become increasingly engrossed as the actors invite them into the story. Counting, roaring and singing, they slip, mesmerised, into Gruffalo Land. Then, with a gasp from everyone, he steps out of the forest and into the audience, asking if anyone wants to save a poor, defenceless Gruffalo from being turned into crumble. About half the children stand up, raising their hands as far as they’ll go as he makes his way around and sits next
to a little girl, ruffling dad’s hair.

The style and colours of the set are similar to the book’s, and in that way it becomes an immersive experience, as the audience enters the pages and magical drawings. There are jokes about falling over and poo, which younger audience members find particularly amusing, and even some facetious humour for the adults. Despite a slow start and relatively few songs, this is a nice event for small children, particularly as it demonstrates the differences, and links, between reality and imagination.

The Gruffalo is on at the Lyric until 6th September 2015, for further information or to book visit here. 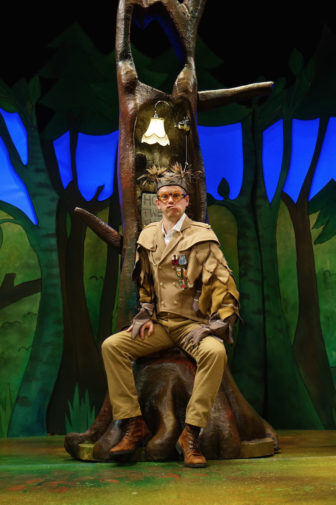 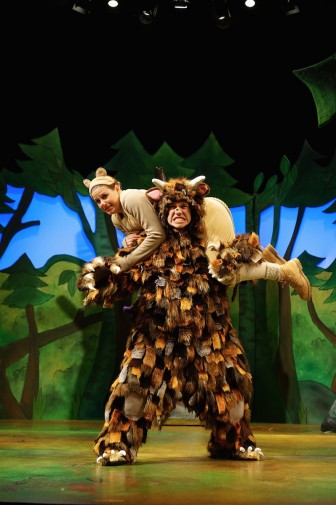 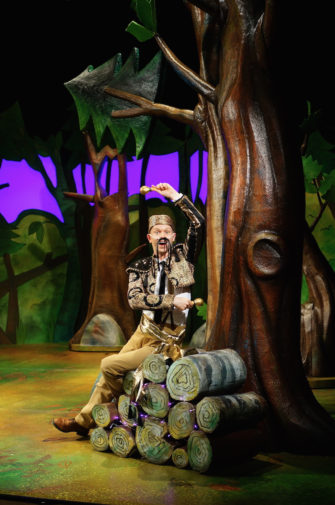 Watch a clip from The Gruffalo here:

The Gruffalo at Lyric Shaftesbury Avenue